Home » Europe » Before nightclubs reopen, we need to make sure women feel safe in them 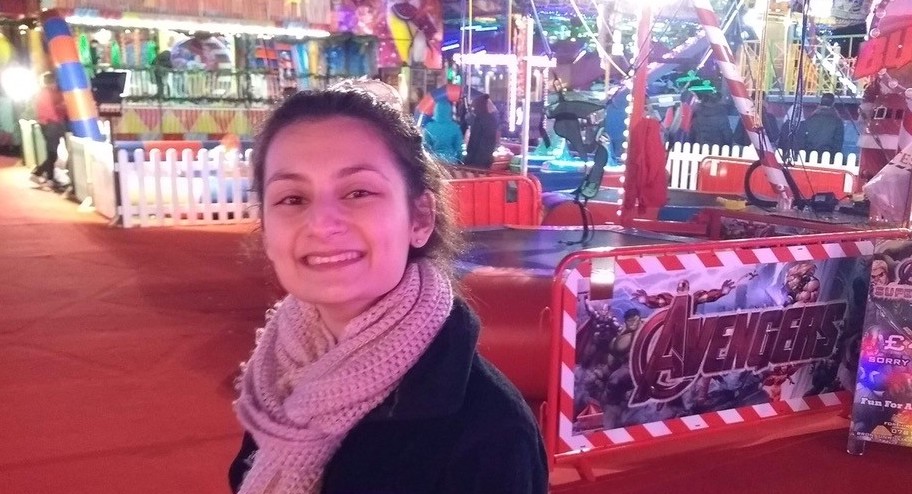 The boys go to get drinks and as they leave, some older men approach us on the dance floor. We’re expecting this because they’ve been looking our way for some time and it’s been creeping us out.

I’m surprised that the entire group – about eight men – has surrounded us, but I don’t have much time to think.

Suddenly, my friends and I are squashed together as the men entrap us in the circle they’ve formed and press against us unpleasantly.

They all seem to be laughing at our discomfort; I jab my elbows into the one directly behind me to try and break their circle but that only makes them laugh more.

Fast forward to 2019, and I’m walking away from a club with several friends.

We’re being followed by a man who spent a large part of the night harassing me.

‘I want to buy you a drink’ he yells, shoving his face in mine. We’re in a quiet side street that leads onto the main road. I’m relieved to have my friends with me.

We’re walking at pace now, but he carries on following us. His two friends are running behind our group, snickering as the man keeps grabbing at my hair. I’m feeling flustered and begin to worry that he’ll follow us onto our bus, but as we pass the tube station, his friends call out to him to come with them.

He gives my hair one last yank and then runs off, disappearing down the escalator laughing and leering. This, it seems, was just a bit of ‘fun’ to him.

These are just two incidents out of several that have come to define the unpleasant side of nightlife for me.

On the flip-side, there are many aspects of clubbing that I really enjoy – I love dancing and being able to (temporarily) remove myself from the stress of everyday life.

But with nightclubs set to potentially reopen in England on 21 June, no one can deny the need for us to have conversations about consent and inappropriate behaviour in these spaces.

A YouGov study from 2017 found that 72% of people reported witnessing sexual harassment on a night out – a shocking statistic that indicates our commonplace acceptance of such behaviour.

I feel as if clubbing is treated as an arena that women must enter at their own risk.

Partying and going to nightclubs are not essential parts of life, so we don’t appear to prioritise making these venues safe – maybe because we think people can just leave them if they feel uncomfortable.

Maybe a cultural myth convinces us that women who feel wary in certain areas should just leave, rather than the onus being on the clubs to change.

However, if the past few months have taught us anything, it’s that women experience harassment and violence wherever we go.

While clubs are sometimes framed as an inevitably risky place for women, I feel that this is just another means of putting the onus on women for the harassment we face, and a way that society can absolve itself of a collective responsibility to change – both in and out of nightclubs.

We shouldn’t have to accept sexual harassment as an intrinsic part of nights out.

Yes, clubs are for recreation, but the fun they offer should not come at the expense of comfort and security.

With all of us having experienced a long ‘clubbing hiatus’, it is time for reflection. We need to get our act together and make sure that the night time economy is providing safe spaces for everyone.

However, I’m not sure that proposals from the government are going to appropriately tackle this issue.

While we do need structural change to make nightclubs better in terms of women’s protection, stationing plainclothes police officers in nightclubs isn’t really going to do that.

Police officers aren’t superhuman beings who are going to automatically end the culture of male violence. Like all of us, they live in a patriarchal society, and the police force has been accused of institutional misogyny. We know for a fact that some police officers can and do perpetrate violence against women.

As such, it’s not fair to pretend that police officers are the solution.

Establishments must formulate policies that can be followed through post-pandemic to ensure that an end to social distancing doesn’t herald a return to unwanted physical contact.

The RMS Hospitality Group, a hospitality insurance provider, suggests some ways that nightclubs can be made safer.

From introducing no-tolerance and disciplinary guidelines on sexual harassment, educating staff members to make them aware of harassment or individuals in distress and even altering club layouts to remove secluded areas from the design, there are many ways that establishments can take positive steps.

Introducing concrete policies would be a great start – at least that way, women know that the place they are in is not indifferent to the harassment they experience.

It’s vital for venues to begin to take action against the pervasive harassment cultures that so often exist within their doors.

Initiatives like the Good Night Out campaign, which works with bars and clubs to develop strategy and train employees to deal with sexual harassment, herald the possibility of more protective night-time environments. But we need to make sure that every facet of the night economy is engaging such campaigns as society reopens.

It is of course not only nightclubs where women feel at risk, but if this facet of society – where sexual violence towards women has previously been so normalised – can begin to make changes, this will undoubtedly bode well for society at large.

I want my first night out in June to be great and, most crucially, a safe one. I don’t think that’s too much to ask.

A Symbol of Stone, Faith and Frenchness Goes Up in Smoke

How Boris Johnson scathingly mocked the US: ‘Give Iran the nuclear bomb!’