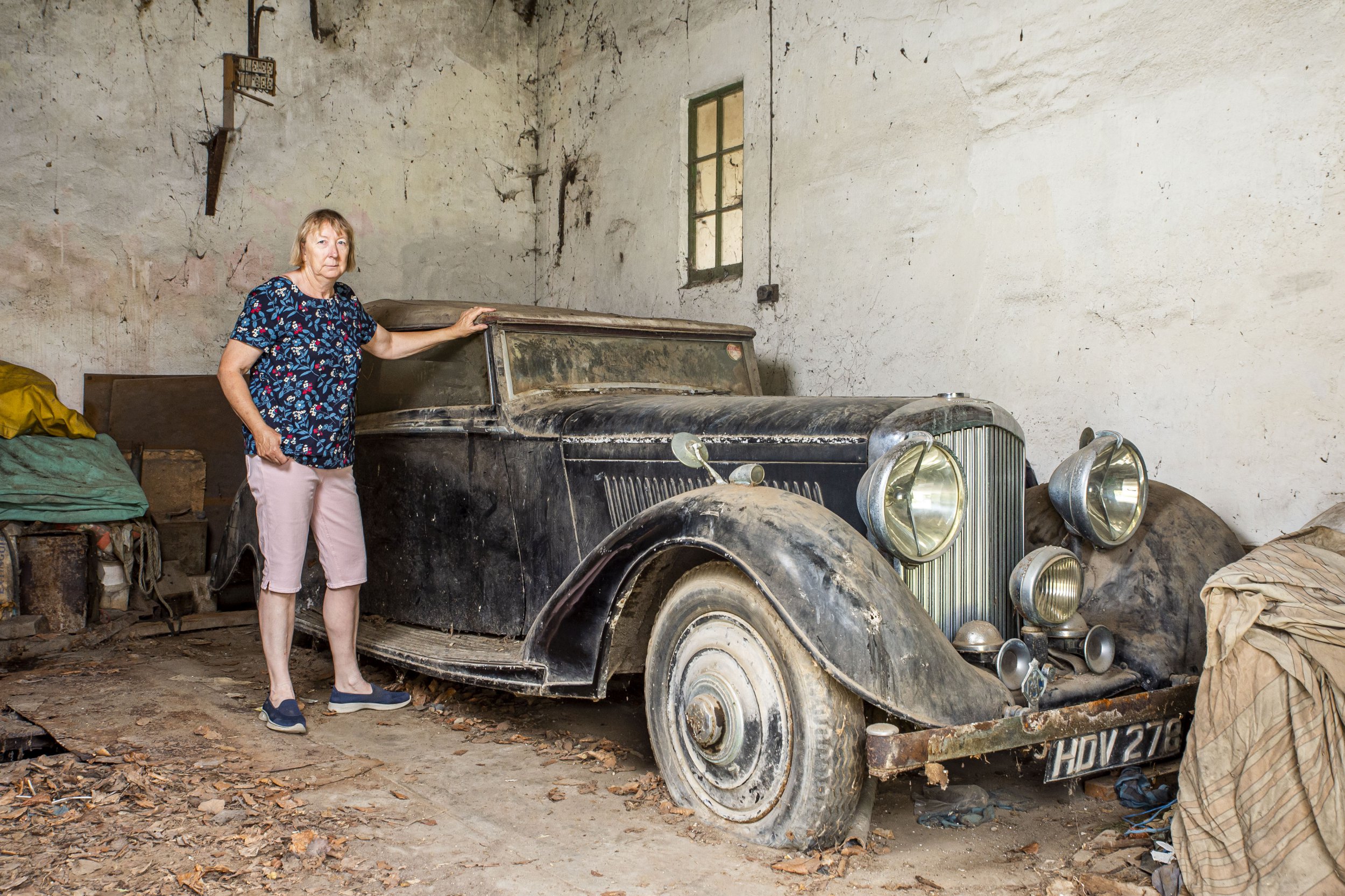 The 1935 classic was pushed into the barn by its late owner James Young after it failed an MOT in 1968.

It lay there gathering dust for five decades until winter storms damaged the barn’s roof earlier this year.

Mr Young’s grandson, Roger, and his wife Linda feared it would only deteriorate further in the exposed conditions, so put it up for auction.

It sparked a bidding frenzy from vintage car fanatics, who saw potential through the thick layer of dirt and cobwebs.

Richard Bromell, from Charterhouse Auctioneers in Dorset, said: ‘It was a fabulous discovery and we are delighted with the price it achieved.

‘Although I have seen and sold many barn finds over the decades, this one certainly trumps all other previous discoveries.’

Linda said it’s a ‘beautiful car’ which holds a lot of memories for the family.

‘It would be nice if the new owner can get her back up and running and care for her.’