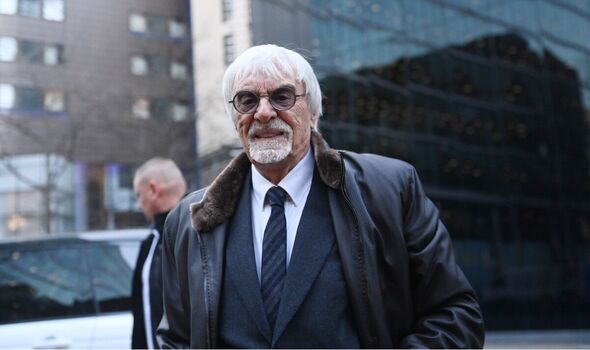 Bernie Ecclestone arrived in court on Friday where he is charged with fraud by false representation after failing to declare £400million of overseas assets. The 92-year-old billionare was spotted arriving in a white Range Rover dressed in a black leather jacket with a fur collar over a shirt and tie. A provisonal trial date has been set for October this year. The charge relates to the period between July 13, 2013 and October 5 2016 when he is alleged to have aile to declare a trust in Singapore containing arund $650million.

According to the charge, Ecclestone allegedly claimed that he had “established only a single trust, that being one in favour of your daughters”.

Ecclestone made his billions in his four decade long career as the boss of Formula 1.

He is one of the richest men in Britain with an estimated net worth of around £2.5billion.