The UN World Food Programme said it has identified 63 countries that need help to fight the virus and to withstand the effects of the economic downturn it will bring. Speaking during a conference on Thursday, David Beasley, world food programme executive director, said: “What we are facing is now a double pandemic of famines that could impact us in biblical proportions. There is no question that mega famines are on our brink. Literally right now. 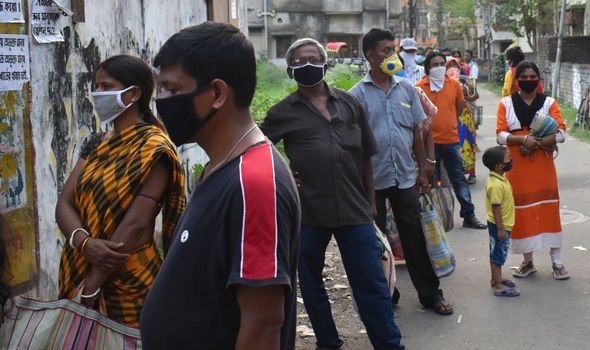 “Before Covid hit the scene we already had 135 million people marching on the brink of starvation.

“That’s in addition to the 821 million people that are chronically hungry.”

Mr Beasley also advised countries against export-import bans, restrictions at borders, shutdown of ports, or shutdown of distribution points. These, he said, would put the global supply chain at risk. 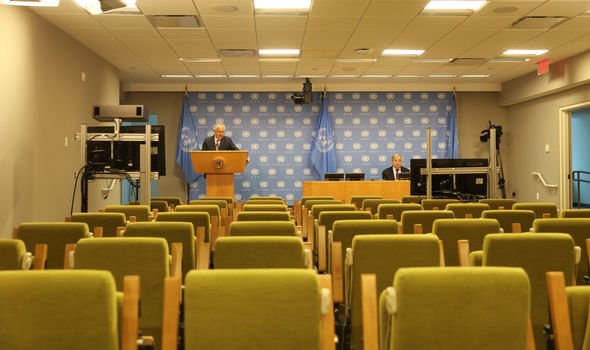 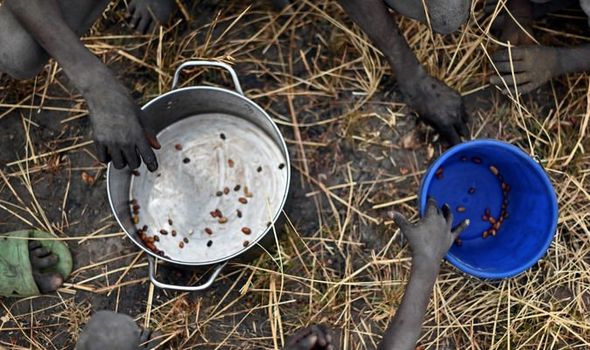 The UN food agency helps 100 million people a day and is asking countries to give $6.7 (£5.4) billion to help protect those in fragile countries, who will suffer some of the worst effects of the virus.

These countries face a “double whammy” of the health impact of Covid-19 and the impact a global recession will have.

The UN had already asked for $2 (£1.6) billion at the start of the pandemic and reached only half.

The UN warned it will be cheaper to deal with the problem now than in the future, as famines could create space for terrorists and other extremist groups to grow out of unrest and riots.

The pandemic has already devastated livelihoods and could put food security at risk, with a predicted global recession disrupting food supply chains and pushing an additional 130 million people to the brink of starvation.

Dr Tedros Adhanom Ghebreyesus, director-general of the World Health Organization, said the caseload in most of the developing countries targeted for assistance in the UN appeal “may seem small, but we know that the surveillance, laboratory testing and health systems’ capacity in these countries are weak.

“It is therefore likely that there is undetected community transmission happening.”

He added that unless action was taken now, the world should be braced for a significant rise in conflict, hunger and poverty.

“The spectre of multiple famines looms,” he said.

In Denmark, the rarest of sights: Classrooms full of students