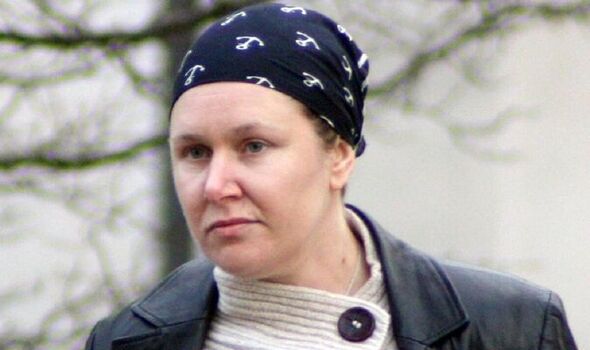 The ex-boyfriend of Britain’s worst female bigamist has revealed he dumped the woman, who had five husbands when he discovered she was cheating on him. Wayne Harper first met Emily Horne when they were both in hospital – him recovering from a cycling accident and her for a minor operation.

And he was undeterred when the ex-adult star told him she was a bigamist and vowed to stay with her despite the revelation, as long as she was loyal.

Speaking at the time, he said: “She is good-looking, slim, sexy and intelligent – what more could a man ask for?”

But his suspicions grew and 18 months into their relationship he discovered she was cheating on him and so dumped her.

The 43-year-old told The Sun: “I split up with her, it was my doing because I found out she was cheating on me. I was only with her for 18 months and it was not a happy ending. I have nothing left of her in my life, no pictures, nothing.

“I was her partner not a husband and at the time she had five husbands.”

She was first convicted of bigamy around 2004 and was sentenced to six months in prison.

In 2009 she was given a second prison sentence for bigamy, of 10 months, suspended for two years.

Mr Harper, from Brierley Hill, West Midlands, previously spoke about the early days of their relationship. He said: “She told me about being a bigamist a couple of weeks after we met. She also told me she’d done some adult movies and I was a bit stunned about that. But I can understand why she didn’t want to tell me the whole gory details.”

Mr Harper said they got together when she claimed she has nowhere to stay following her stint and hospital.

She moved in with his family and he even pledged to support her if she went to prison, believing that everyone deserves a “second chance”.

Ms Horne, who is now 43, said at the time of their hospital courtship:”One could hardly have called me a seductress, considering the state we were both in.

“About four weeks after I met him, when it became apparent there was a possibility I could become part of his life, I told him, and I’ve got a past that is going to make you run! But Wayne accepts everybody has a past.”

Ms Horne had married a total of five husbands without legally divorcing any of them.