The Royal Mint has produced the largest coin in its 1,100 year history – measuring 20cm wide and 10 kilograms in weight.

The coin, which has been described by Mint as a “masterwork” and has a denomination of £10,000, took a whopping 400 hours to produce – including four days of polishing.

Only one original was made and has already been sold for a six-figure sum to a deep-pocketed mystery buyer.

Those with on a tighter budget can opt for a £13 version, which has a denomination of £5.

The production process combined traditional and more innovative coin manufacturing technologies, such as engraving machines to cut the intricate design. 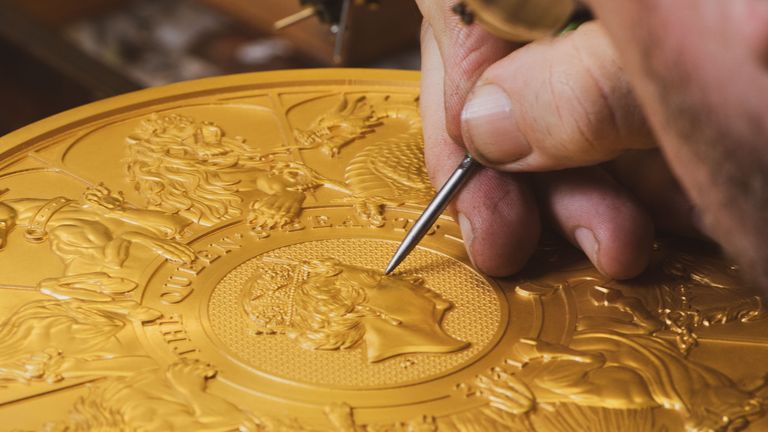 A master toolmaker also hand-worked the coin to remove any marks from the cutting, following by days of polishing and laser frosting technology for texturing.

It marks the conclusion of the the Queen’s Beasts commemorative coin collection.

Beginning with The Lion of England in 2017, the collection has celebrated the history and symbolism of mythical creatures and the new one features all 10 in its design – including a unicorn and a dragon. 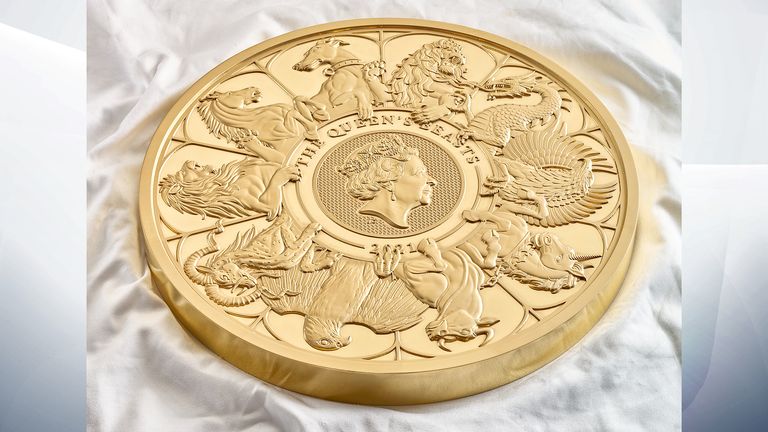 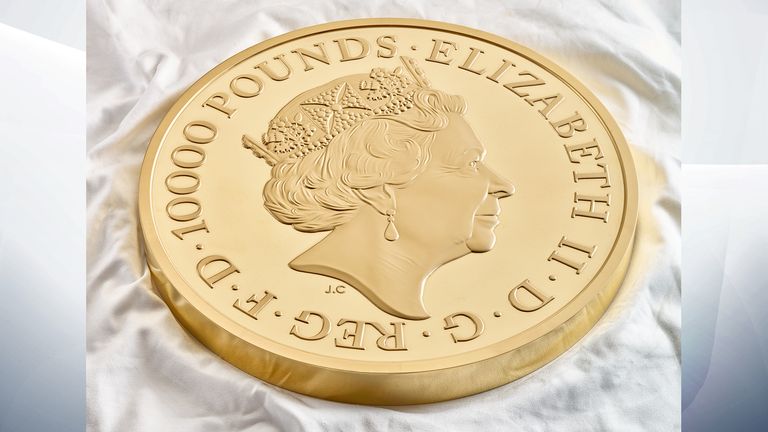 Clare McClennen, divisional director at Royal Mint, said the new coin “sets a standard for minting” and “is testament to the expertise, craftsmanship and skill of our team”.

She added that it is the latest in Royal Mint’s MasterWorks series, which “offer unique works of arts for collectors” across the globe.