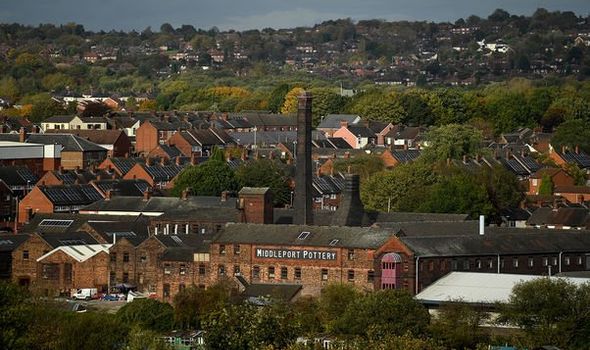 Nearly half (47 percent) of people polled in the Staffordshire city said they often drink more than they set out to and find it difficult to stop.

Glasgow was next worst for binge drinking (45 percent), with London (44), Liverpool (43) and Sheffield (40) completing the top five places in a survey for drug and alcohol rehabilitation organisation Help Me Stop.

Just under a third of drinkers overall say they knock back more than they should, while 47 percent find it impossible to have “just one”.

Nearly four in 10 revealed their alcohol consumption had increased drastically in the pandemic.

Around 13 percent have suffered an alcohol-induced blackout while 12 percent have had to apologise the next morning for drunken behaviour.

Sammy Manzaroli, treatment service director at Help Me Stop, said: “This research reveals that millions of Britons feel that their drinking is out of control, and more than a third worry that they are drinking far too much alcohol.

“But people find it hard to reach out for help – and many misperceptions exist about what exactly ‘rehab’ means.”

Nearly four in 10 claim that it is “simply too difficult” to quit booze, fearing that without alcohol “life seems dull”.

A similar number of people said they would not know how to ask for help because of feelings of shame, and not knowing where to turn.

Sammy said the rehab group has seen a significant increase in the number of “seemingly functioning” problem drinkers in the pandemic.

He added: “Addiction thrives in isolation which is why we advocate addressing the issue in a group setting, supported by a period of intensive one-to-one therapy.”