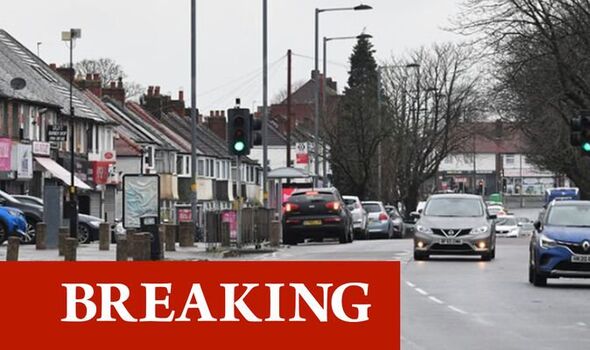 The emergency services were called to Hawthorn Road in Kingstanding at 7.26am today following the crash.

A single-decker bus collided with a parked car and van.

Nine people were given treatment at the scene by fire service personnel, before the arrival of West Midlands Ambulance.

One man was trapped on the bus by his injuries.

He had to be extricated from the vehicle by firefighters who used Holmatro cutting equipment to set him free.

His injuries are not thought to be life-changing, but he will be conveyed to the hospital for a further check.

13 firefighters, two fire engines and one brigade response vehicle had raced to the scene.

A woman and the driver of the bus were led to safety by fire crews.

They are also due to be conveyed to hospital for further precautionary checks.

West Midlands Fire Service has confirmed that crews from the Perry Bar and Erdington fire stations are in attendance at the scene.

They added that the road remains closed as police carry out their investigations.

Fire service crews then made the bus and car safe.

The local council highways department is also reportedly in attendance.

They added that the closure runs from College Road junction, by the Londis shop, to Charlton Road.

According to local reporter Harry Leach, “The single-decker bus involved in the crash, which happened in the middle of Hawthorn Road, is completely mangled.

“Its front bumper and windscreen appear to have been destroyed on impact.”

Several trees were also reportedly knocked over by the bus.