Dockers at Felixstowe are set to walk out for eight days from Tuesday in an ongoing pay row. More than 1,900 workers at the Suffolk port went on strike last month, also for eight days, after calling for a 10 percent pay rise. 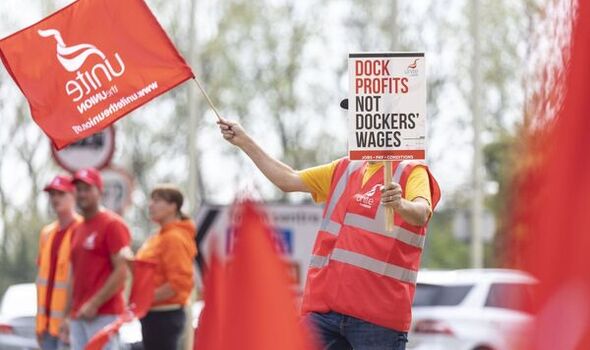 It follows action by more than 550 dockers at the Port of Liverpool, who began a two-week strike last Tuesday. Both walkouts come amid soaring inflation, with fears they could lead to gaps on shelves.

This will hit retailers already struggling with cash-flow problems as a result of soaring costs and low consumer confidence. And in another blow, rail workers are expected to strike again on October 1, 5 and 8, which may impact customers visiting shops.

As Felixstowe handles 48 per cent of the UK’s imported goods the disruption could mean less choice in electronic items or toys.

Wines may also be harder to find, as nearly five million litres a week go through the port. Wholesaler Mark Lansley, of Broadland Drinks, in Norfolk, said his company has brought in bulk orders earlier than normal to meet demand at Christmas.

But he was expecting four tankers of Zinfandel from California in the week of the Felixstowe strike. He warned the strikes could lead to gaps on shelves going through into next year.

Geale said food supplies will not be directly affected as most perishable goods come through Dover in Kent. But there could still be a knock-on effect from unloading equipment being in the wrong place due to the strikes.

Mr Geale, chief procurement officer at Proxima, said larger retailers, which can afford to rent warehouse space for storage, have this month brought in as much stock as possible for Christmas.

He said: “These strikes are taking place at a time when the last orders for Christmas are on ships. So we expect stock disruption.”

He added: “Many retailers are trying to take corrective action, by building up stock but the fact is the supply chain is all about predictability – and these strikes are adding unpredictability.

“I would not worry about this causing food shortages directly, it is more likely to impact clothing, electronics, heavy goods and toys.”

While shelves may appear full as we go into the festive season due to early buying, last-minute shoppers may find them looking as they did in the pandemic, with less choice and even higher prices. Andrew Goodacre, chief executive of the British Independent Retailers Association, said strikes will hit smaller businesses harder.

He said: “These strikes add costs and drive up inflation, so it almost becomes a self-fulfilling prophecy. At some point, common sense has got to come and we have got to find a solution.” 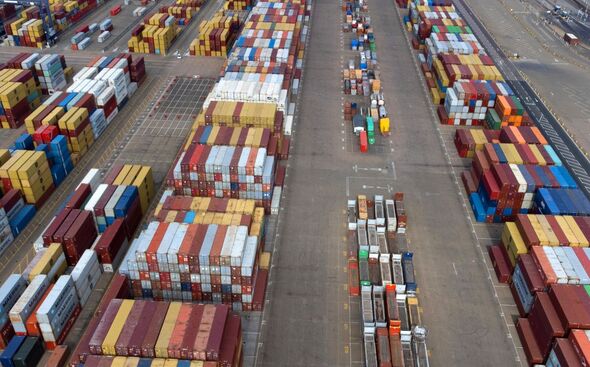 He added: “Larger retailers can order stock in advance and have been buying up warehouse space but for smaller retailers it does become a problem to get the stock they need.

“Due to their limited cash-flow they cannot pay for Christmas stock too early, as if they get this wrong it can cripple them.

“There is every possibility that with every disruption you will end up with the supply chain failing and gaps on shelves.”

A Confederation of British Industry spokesman said: “Continued industrial action will have a damaging impact on an economy already teetering on the brink of recession.

“Strikes will further disrupt struggling supply chains in the all-important run-up to Christmas trading, and make it even more difficult for businesses to keep their heads above water.