Dozens of shoppers had to spend their Christmas inside a Target after a deadly blizzard left them trapped for days.

A group of seven Target workers in the Cheektowaga suburb of Buffalow, New York, opened their doors to help accommodate 25 stranded motorists.

They were greeted by hot cups of Starbucks coffee, blankets and portable heaters as the shop became an unexpected Christmas refuge.

Instead of spending time with their families, the staff and shoppers were trapped inside Target Plaza on Walden Avenue until Christmas Day.

Children played Uno and read books as they waited out the storm.

‘We have been stranded at target on Walden since 12pm yesterday, I have never felt so scared in my life but we are safe and warm!!’ she said on Christmas Eve.

‘I cannot say enough to the Target employees who opened their doors to us and have provided everything we have needed, you guys are literally life savers!! 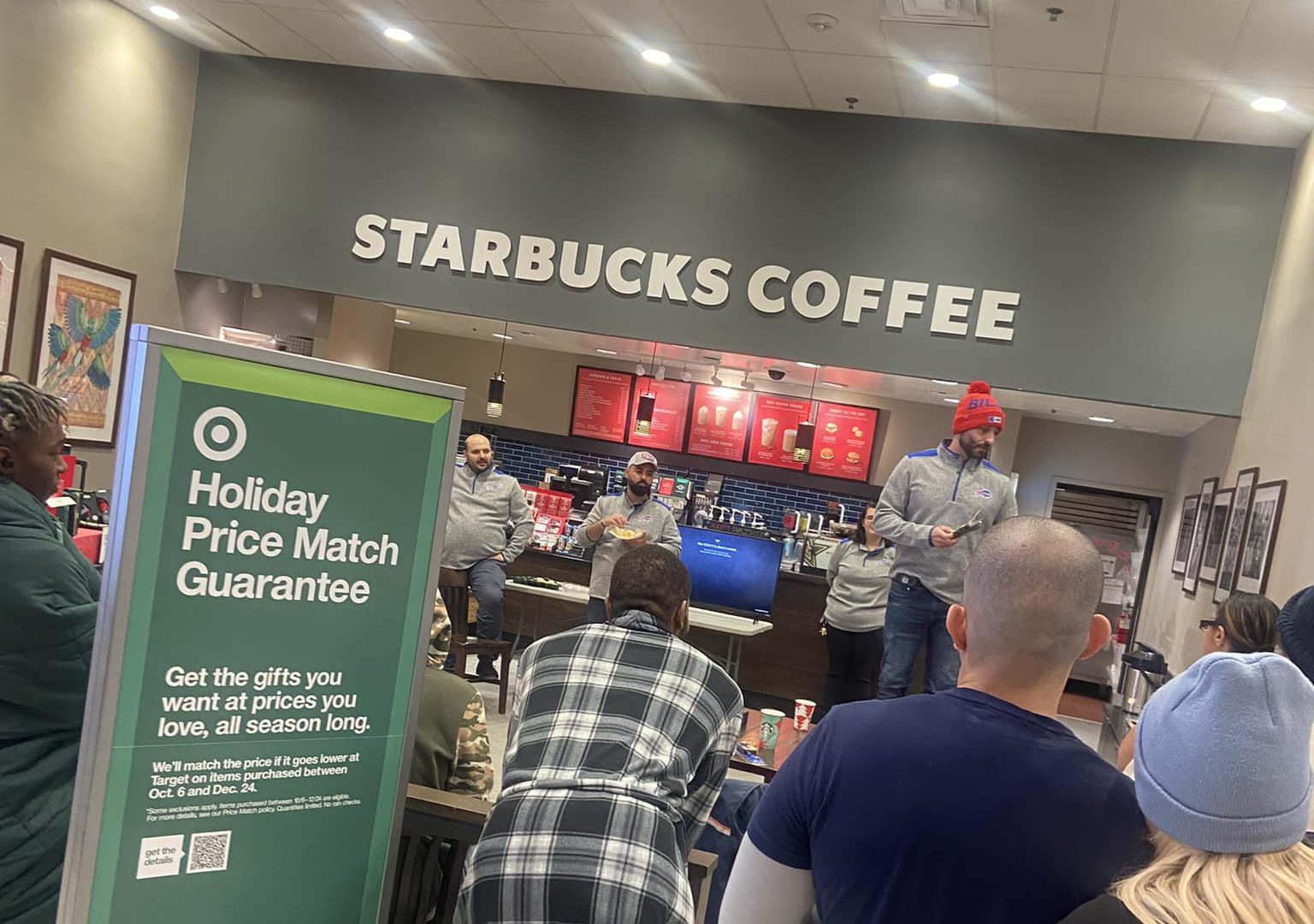 She told Buffalo News that she, her boyfriend and their two kids were driving home from a shopping trip when they faced white-out conditions.

Unable to make it home, they were forced to knock around until Target let them huddle inside.

‘I got so emotional, I just sat down and started crying,’ Sypniewski said. ‘You never know. People could have died. I truly believe they saved lives.’

Another shopper, Carla Rodrigues, said on TikTok that the first night ‘wasn’t bad’ despite the lack of heat.

Update.. We are finally home and Safe.. our hearts go to everyone right now, and to the ones who have been concerned for us, you are very appreciated from us both.. thank you Target and associates for taking care of the community and becoming our temporary family. You will all never be forgotten.. Merry Christmas 🎄 we love you guys. ❤️ #buffaloblizzard #buffalosnowstorm #target #stranded

One clip showed how employees set up ‘activities’ for them, including watching the Buffalo Bills play American football.

She later filmed snowploughs unclogging the street outside the store before more snow quickly piled up.

On Christmas Day, Rodrigues said she gave driving home a shot and finally managed to get home, filming the drive throughout the slowly thawing town.

‘Leaving, we could see people who have been stuck in (their) cars for the past two days,’ she wrote, adding that she saw countless abandoned vehicles and people.

‘We stopped along with another man to help this woman get out.’

‘We are home,’ Rodrigues added.

‘It was bittersweet, shared a few tears with each other and our family, not only for us but everyone dealing with tragedy during this time.

‘Not everyone is going home tonight.’

An icy storm swept northwestern New York on December 23, with Buffalo especially battered by the blizzard that has left at least 28 dead.

Nearly eight feet of snow fell in Buffalo on Christmas day – just a couple of inches shy of what normally falls throughout an entire year, the National Weather Service said.