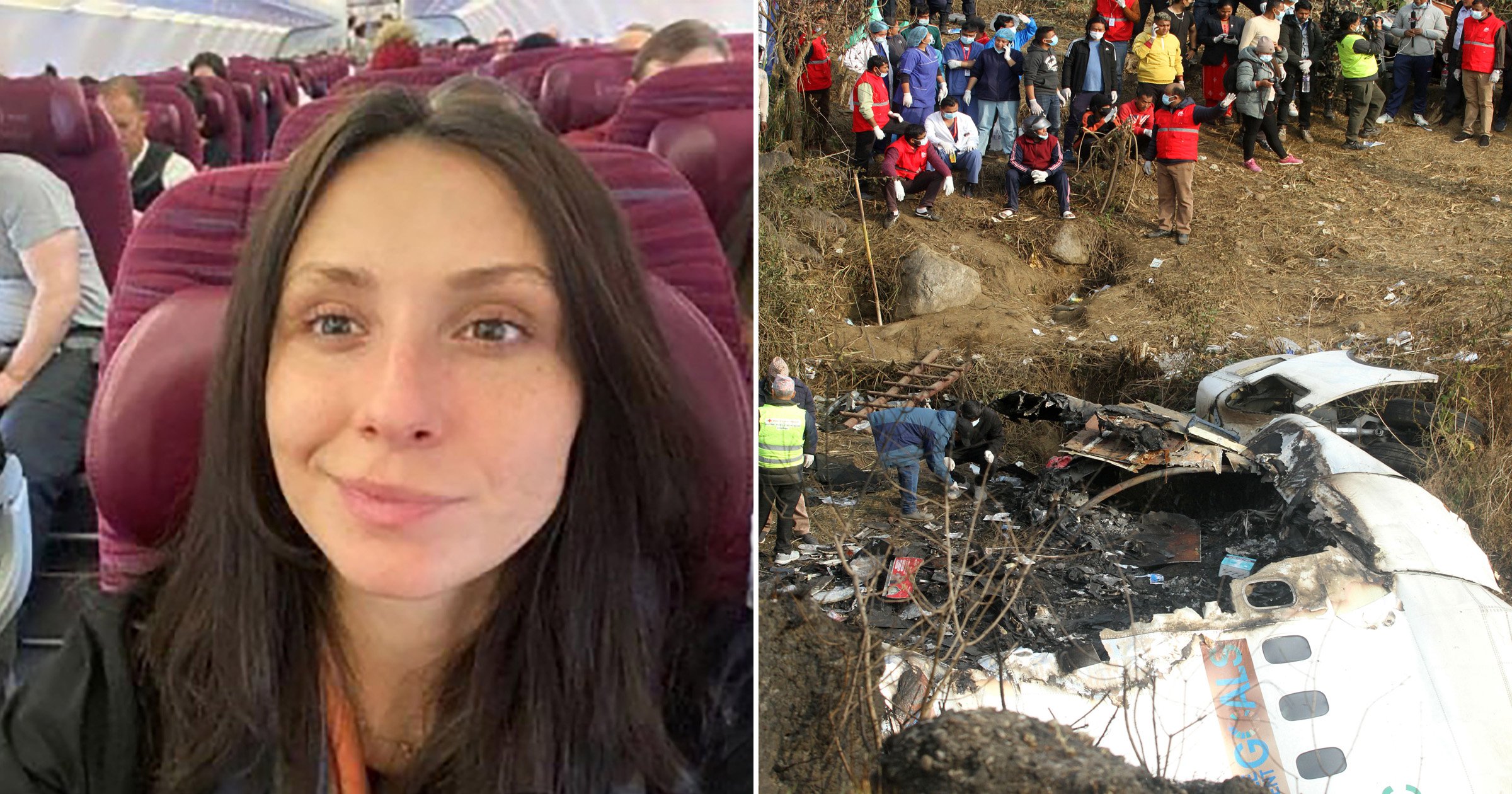 The first victim of the devastating Nepal plane crash that killed at least 68 people has been pictured.

Elena Banduro, 33, posted a smiling selfie moments before the aircraft plummeted into a gorge and burst into flames in Pokhara.

The Russian travel blogger excitedly told her followers on social media about her trip.

Uploading an image of herself on the plane, she wrote: ‘Go to Nepal!’

From Moscow, Elena worked as a social media manager and travelled widely.

Tributes flooded in for her today on social media, with one naming her ‘the brightest, kindest soul we knew’.

Fifteen foreigners and four crew members were among the 72 people on board the plane, which was attempting to land at a newly-opened airport.

Rescuers combed the wreckage on the edge of the cliff and in the ravine below.

This was confirmed by Russian ambassador to Nepal, Alexei Novikov, who said authorities were supporting the families of the victims.

Other foreigners onboard included five Indians, four Russians, two South Koreans, and one each from Ireland, Australia, Argentina and France.

Local Bishnu Tiwari, who rushed to the crash site to help the search, said rescue efforts were hampered because of thick smoke and a raging fire that engulfed the aircraft.

‘The flames were so hot that we couldn’t go near the wreckage’, he said.

Another witness said he saw the aircraft spinning violently in the air after it began to attempt a landing.

Gaurav Gurung claimed the plane fell nose-first towards its left and then crashed into the gorge.

Family members of the victims were seen looking distraught as they were escorted inside at Kathmandu airport, where the flight had started out.

The twin-engine ATR 72 aircraft last made contact with the airport from near Seti Gorge at 10.50am local time, the aviation authority said.

Tek Bahadur KC, a senior administrative officer in the Kaski district, said he expected rescue workers to find more bodies at the bottom of the gorge.

Prime Minister Pushpa Kamal Dahal, who rushed to the airport after the disaster, has confirmed an investigation has been launched.

‘The incident was tragic’, he said. ‘The full force of the Nepali army, police has been deployed for rescue.’

Meghan sees the Royal Family as ‘just a leg up’, an expert claims