The sky blues of Cambridge powered their way to victory over Oxford yesterday as the 166th contest was fought out in unfamiliar surroundings. Organisers were forced to move the meeting to Cambridgeshire’s Great Ouse amid safety fears over cracks in Hammersmith Bridge on the River Thames. It was the first race to be held away from the Thames since an unofficial Second World War contest on the Great Ouse in 1944.

And absent were the usual raucous crowds lining the banks as Covid safety restrictions barred spectators from watching live.

The men’s race also made history for being umpired for the first time by a woman, former British Olympic rower Sarah Winckless. Cambridge claimed their fourth win in the last five races, with last year’s event cancelled in the opening weeks of the Covid lockdown.

Cambridge president, Callum Sullivan said: “It was perfect, I enjoyed the race so much. Great team, great crew, great guys around us. It’s been great fun.

“It’s been a fantastically unique season. We’ve had to roll with the punches, every step of the way.”

Earlier, Cambridge women maintained their stranglehold on the female contest, edging home by less than a length on Oxford. 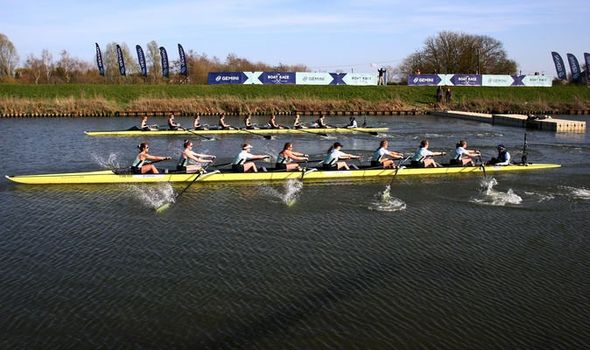 President Sophie Paine said: “So many of us have been training for this for two years, and it means so much to have that pay off.”

Meanwhile, rowers in London staged a 12-boat demo on the Thames to protest about the slow pace of repair work on Hammersmith Bridge.

They paddled downstream to the 134-year-old crossing which has been closed for two years after cracks and faults were found in its structure.

Club captain Mark Lucani said: “It was a mark of our frustration around that, coinciding with the race which is happening today but not on the championship course.”

Explosive Device in French City of Lyon Injures at Least 13