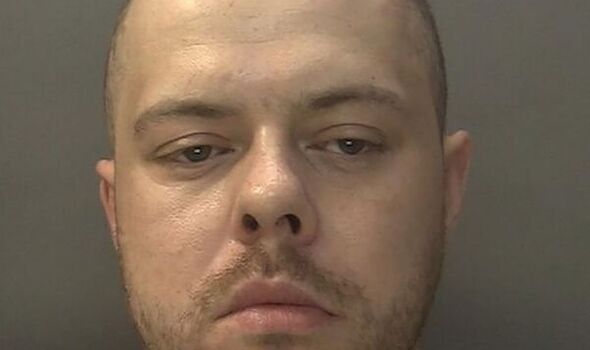 A bungling bomb threat robber failed in a raid on a Post Office after the cashier couldn’t understand him or read his note demanding money. Martin Travers’ elaborate scheme fell apart when the cashier couldn’t understand what he was saying and then couldn’t read his handwriting on a note passed over the counter. Birmingham Crown Court heard Travers had gone into a post office in central Birmingham at around 4pm on July 6 last year carrying a red shoe box, wearing a hoodie and sunglasses. He told the cashier to put money in the box but she did not understand what he was saying.

“He put a piece of paper on the counter, but she was unable to read the writing,” said Harinderpal Dhami, prosecuting.

The defendant then said “You have 40 seconds, put the money in the box”, Birmingham Live reports.

Travers then said the woman had 20 seconds before becoming frustrated, picked up the piece of paper and left.

The court heard the defendant then walked a short distance to a bookies in Broad Street where because of the mask he was wearing the cashier there had problems in making out what he was saying to her.

He put the demand note on the counter, but the wrong way up, so initially all the victim saw were some phone numbers.

She then refused to hand any cash over and Travers, who still had the shoe box, then told her there was something in the box “that could go off.”

The cashier then made a 999 call and Travers managed to snatch £15 from the till before fleeing.

Police were able to monitor Travers on CCTV who was later arrested.

He was seen to throw the box in a bin and when it was later recovered it was found to contain items made to look like an improvised explosive device.

Travers, 32, of Markby Road, Hockley, who had previously admitted robbery and attempted robbery, was jailed for four years and 10 months on Thursday.

In passing sentence, Judge Andrew Smith KC said the defendant had made great efforts to make the device look like a bomb and that he had been hoping for “significant reward”.