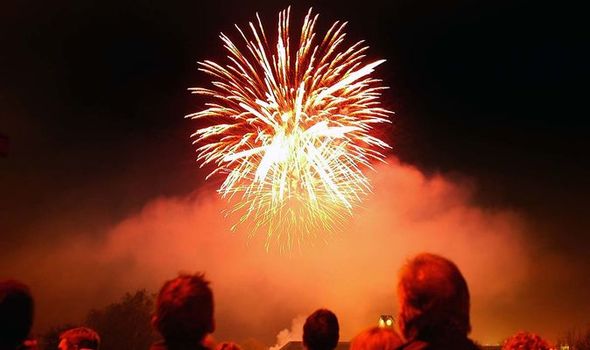 Help for Heroes said flashes and bangs which fill the sky around Bonfire night can bring back memories of gunfire and explosions from the battlefield.

The charity has launched the five-point Firework Heroes Code to highlight the vulnerability of veterans with post traumatic stress disorder.

Organisers want people to attend organised displays instead of back garden events and give neighbours ample warning before they discharge fireworks.

Prof. Preece said: “It’s been known about for some time. The vast majority of the veterans that we support for mental health issues tell us that they don’t like fireworks.

“It can be the bangs and the flashes, but also the smell of fireworks can be a massive trigger for them.

“These stimuli can remind veterans of bad moments they experienced in combat and make them relive traumatic events in their lives.

“With people who have more serious PTSD, it will take them almost immediately into a conflict zone, into very strong memories of being in a conflict zone.

“They will have immediate ‘fight or flight’ responses. They will start to sweat, their heart rate will accelerate, they will become agitated and they will feel they are under attack.”

He added: “We’re not suggesting people do not have firework displays. We’re just asking them to be more mindful and think about veterans.”

As well as asking people to prefer public displays and give due warning of their own displays, the code suggests using “silent” fireworks.

They often need treatment to help them cope with fireworks, which includes taking them through graded levels of exposure with relaxation and desensitisation techniques.

“I despise this time of year.  It’s the unexpected bangs of fireworks in people’s homes or in the street that take me right back to where my trauma began and triggers my PTSD. Hearing them makes me fearful and angry but I also have a physical reaction as I shake and my heart races.

“I have to take myself out of the situation and sit somewhere quietly, take deep breaths and compose myself to bring myself back to the ‘now’ rather than the trauma I’ve been taken back to.”

Ex-Household Cavalryman Steve Mills, 56, has grown to dislike fireworks since being diagnosed with PTSD 12 years ago.

He said: “For me it’s both the sound of them and the smell; they spark flashbacks and panic attacks.

“I can feel like I’m having a heart attack, I become hot and clammy, get headaches and I feel nauseous.

“I’m mentally drained by the time Bonfire Night comes around because people are letting fireworks off weeks before and they carry on for weeks after, right up until New Years Eve when it starts all over again.”