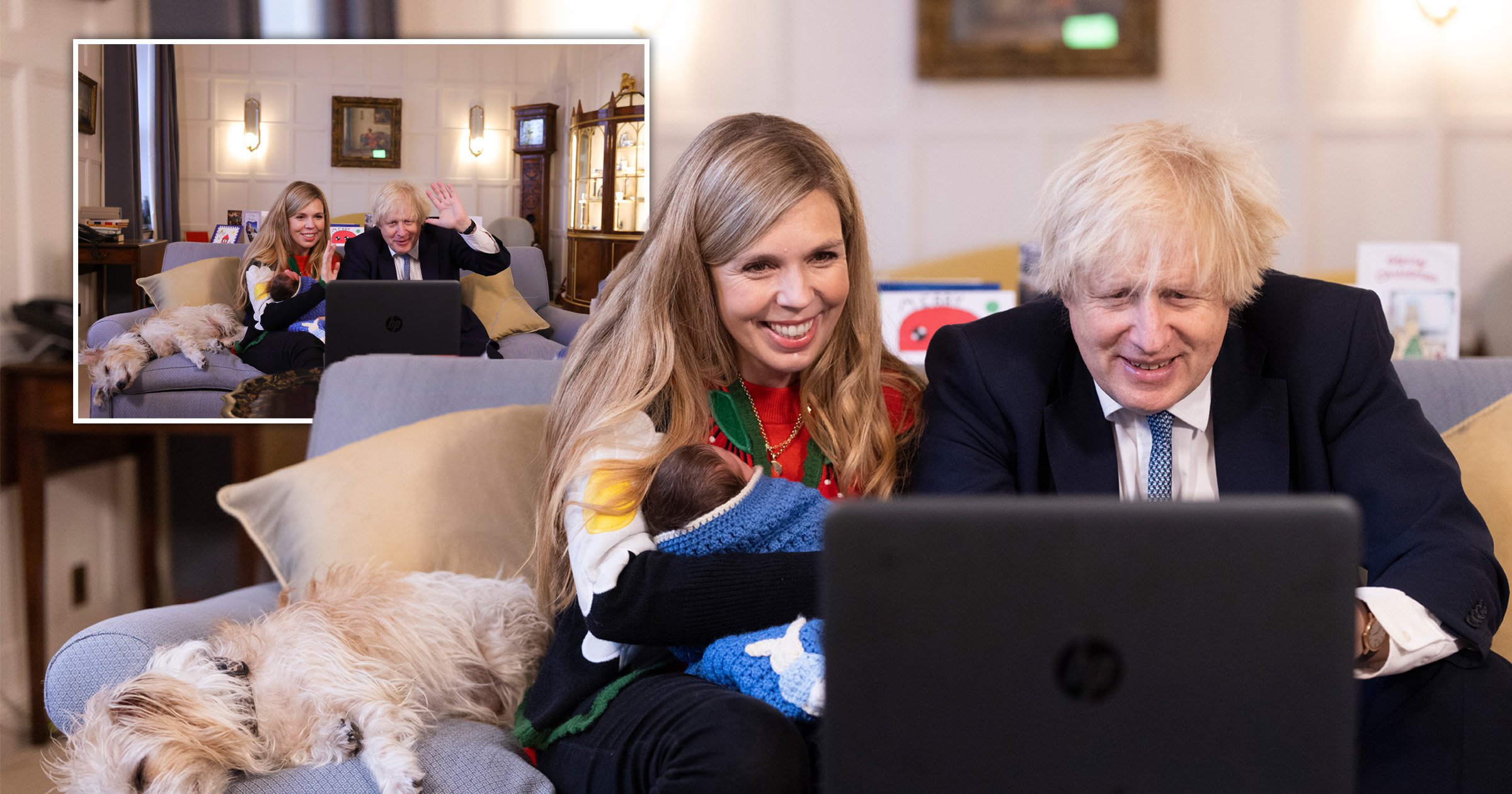 Boris and Carrie Johnson have released another picture of their newborn daughter.

The couple are seen on a video call with doctors involved with the Covid-19 vaccine rollout – accompanied by a very tired looking Dilyn.

Their infamous pooch, reportedly the source of Downing Street tensions, strikes a pose that will be familiar to millions post-Christmas meal.

The picture was taken on December 23, with the couple apparently opting against sharing a more homely image.

Instead, they chose to release a business-like picture at a time when many Christmas plans have been wrecked by the Covid-19 winter wave.

The prime minister is fiercely secretive over his private life, not allowing his son’s face to be photographed and generally refusing to be drawn on family matters.

He only recently confirmed publicly how many children he has fathered after years of uncertainty over the matter.

The couple spoke to Dr Laura Mount, the Director of Central and West Warrington Prime Care Network, who is leading a vaccination team.

They also spoke to Tom Jones, from Hertfordshire, who attends the Royal Voluntary Service Rickmansworth lunch club and cares for his wife who has dementia.

The couple announced the birth of a ‘healthy baby girl’ at a London hospital on December 9.

Carrie said in an Instagram post earlier this month that Wilf has been ‘stroking Romy’s hair, giving big kisses and playing with his matchbox cars right next to her crib, just in case she feels like joining in too.’

She thanked the maternity staff at University College London Hospital for ‘looking after us so well’, adding: ‘we are so so grateful.’

The prime minister has reportedly taken some time off to spend time with his new daughter but opted against full maternity in light of the Omicron wave.

Covid fines suspended: How much can you be punished for breaching covid rules?