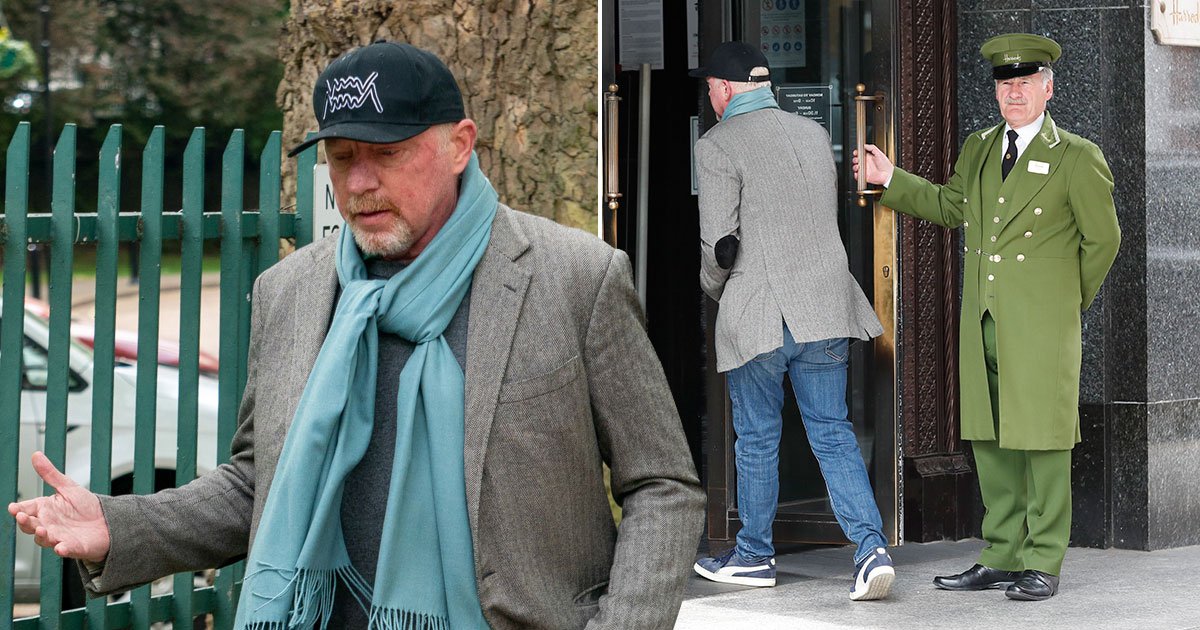 Tennis legend Boris Becker could be jailed for hiding hundreds of thousands of pounds from debtors later today.

The three-time Wimbledon champion was found guilty of not properly declaring money and assets when he was made bankrupt in 2017.

He was pictured heading to Harrods on the eve of his sentence having previously admitted to blowing a fortune.

Earnings of around £38 million from his high-flying tennis career were swallowed up by an expensive divorce, child maintenance payments and ‘expensive lifestyle commitments’, he told jurors during his trial.

The 54-year-old previously said he was ‘shocked’ and ‘embarrassed’ when he was made bankrupt over an unpaid £3 million loan on his Mallorca estate.

He was photographed spending what could be his last day of freedom by visiting Harrods and a council estate in Notting Hill, according to The Times.

The paper reported he spent an hour inside a property before taking a taxi to a private entrance at the upmarket department store, where he emerged with a large hold-all bag.

Its report said ‘a heavily tattooed man wearing a black vest who opened the door of the flat declined to comment’ as to why Mr Becker had visited the estate.

A court found he hid almost £700,000 and shares in a tech firm, moved money from his business accounts and didn’t declare a home in Leimen, Germany.

Each of the four offences Mr Becker was convicted carry a maximum sentence of seven years.

He has a previous conviction for tax evasion and attempted tax evasion in Germany in 2002.

Mr Becker previously claimed he had co-operated with trustees tasked with securing his assets, even offering up his wedding ring, and relied on the advisers who managed his life.

The court heard Becker received about £950,000 from the sale of a Mercedes car dealership he owned in Germany, which was paid into a business account used as a ‘piggy bank’ for his personal expenses.

Becker was found guilty of transferring £356,000 to nine recipients, including the accounts of his ex-wife Barbara and estranged wife Sharlely ‘Lilly’ Becker, the mother of his fourth child.

He was further convicted of failing to declare a property in his home town of Leimen, hiding an almost £700,000 bank loan on the house as well as 75,000 shares in tech firm Breaking Data Corp.

Mr Becker will be sentence at Southwark Crown Court this afternoon by judge Deborah Taylor.