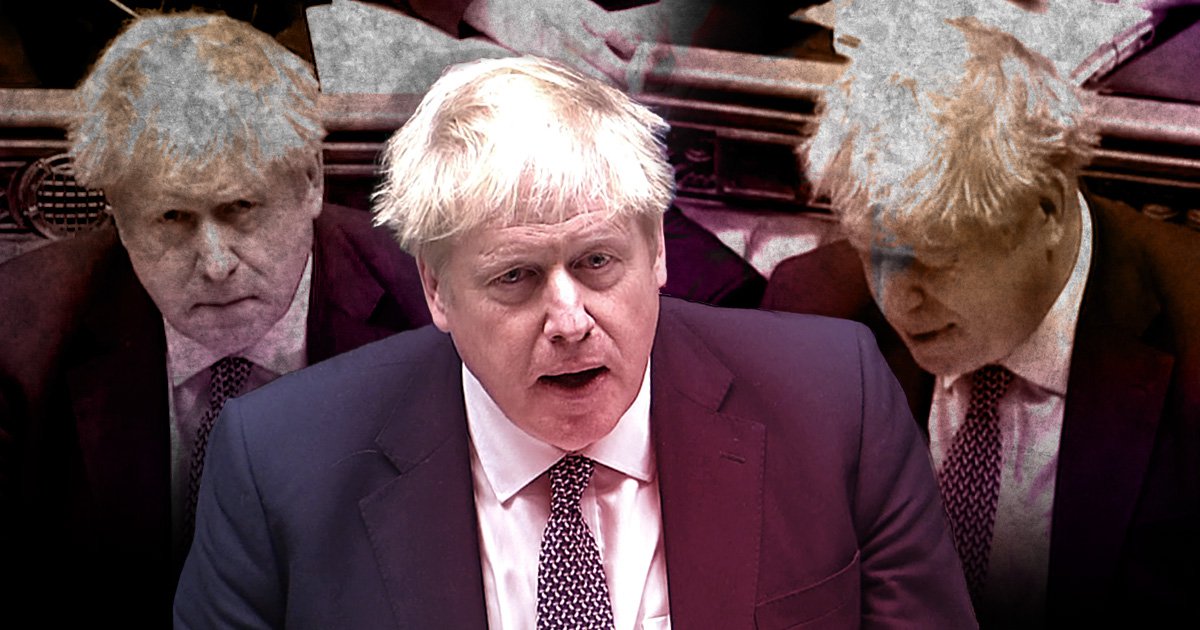 Boris Johnson was a ‘picture of humility’ as he faced the anger over the Downing Street garden party at Prime Minister’s Questions – before returning to his more blustery persona.

Body language expert Judi James said the prime minister initially changed his posture and vocally was ‘almost tearful’ as gave a caveated apology to the nation in the House of Commons today.

However she said he started to ‘get his bounce back’ after 14 minutes – when he reverted to a more bombastic delivery as he answered questions over the gathering at No10 on May 20, 2020.

Ms James said: ‘His body language performance was a picture of humility for 14 minutes and it made him quite a difficult target. It was almost an animal type of humility, he had his head lowered and his vocal tone was more dramatic because that was lowered as well.

‘He spoke at a slow, steady pace, with no verbal fillers such as the ums and the ers and the stammers that he normally puts in to play for time. He put in a pretty impressive performance in terms of humility.

‘When he apologised with his first line he sounded vocally almost tearful with a slight catch of a breath that suggests high stress levels.

‘He had both hands clutching his notes, which again implies humility. It was only when he started to put in lines about it being a work event and only being there for 25 minutes that he started to lose people.’

However, the author said that Mr Johnson began to revert to his more showman-like persona after his opening statement of contrition, when he told MPs that he had spent 25 minutes at a ‘work event’, admitting, ‘with hindsight I should have sent everyone back inside’.

She said: ‘He appeared borderline pathetic but after 14 minutes he began to reinflate, a bit like a lilo.

‘He had that asymmetric, little hint of a smile, he started to get his bounce back and by the end of Keir Starmer’s questions he was very much to normal Boris form, yelling about their record on vaccinations.

‘It was a good act, but it was a temporary one.’

Mr Johnson told the Commons that he recognised the ‘extraordinary sacrifice’ made by the British people before clashing with the Labour leader.

‘His performance took the wind out of Starmer’s sails,’ Ms James said.

‘They should have been mopping blood up off the floor today but there was no real drama.

‘Starmer did not step up his attack and it was his usual performance with a bit of a splayed chest and his hands not reflecting a genuine state of aggressive arousal.

‘I think because of his legal training, he over-suppresses his emotions.

‘Where 100% anger would have been timely, his hand gestures were quite soft and floppy.

‘It made you wish Angela Rayner could have taken over, because she is good at displaying authentic anger through every part of her body.

‘With Starmer, he was too controlled in many ways, it didn’t convince emotionally.

‘There were no body blows to Boris whatsoever. He got off quite lightly.’

The furore erupted after a leaked email showed that 100 Downing Street staff had been invited to a ‘bring your booze party’ in the No10 garden.

The country was two months into the first national lockdown at the time.

An inquiry into the gathering and reported parties said to have taken place the following Christmas is being conducted by senior civil servant Sue Gray.

‘We are in a pandemic!’ London police blow top after night of protest chaos