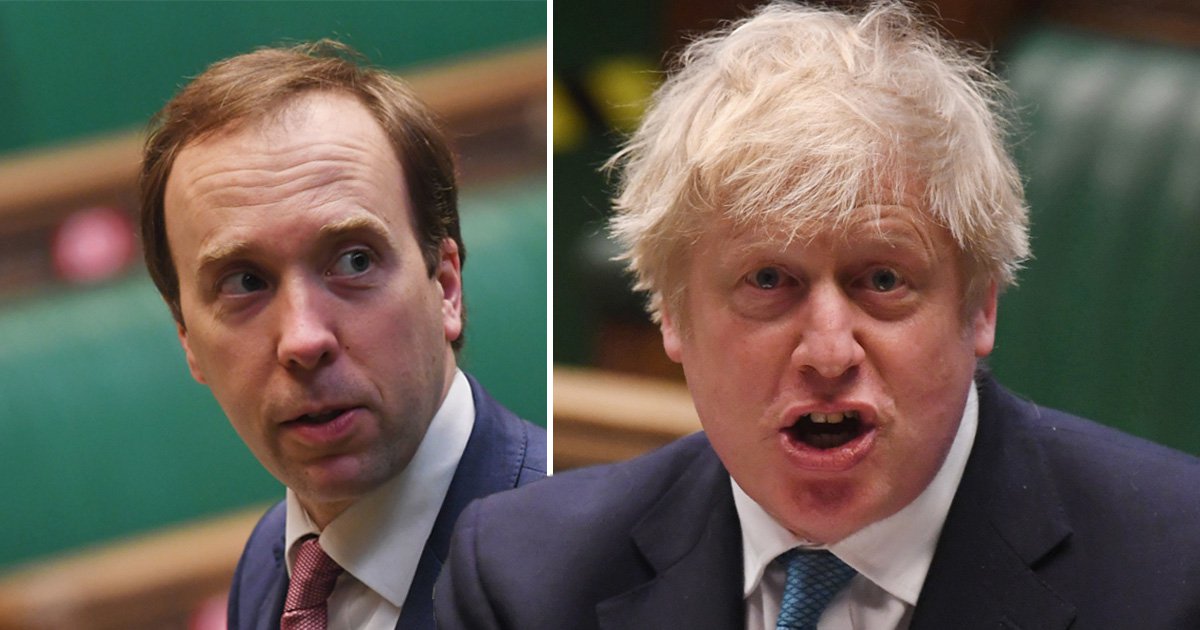 Boris Johnson unleashed an extraordinary four-letter tirade at Matt Hancock over the care home crisis during the pandemic, reports suggest.

The Prime Minister is said to have been ‘incensed’ after learning infected patients were released from hospital, following his own battle with coronavirus.

Mr Johnson lashed out at the Health Secretary, telling him: ‘What a f***ing mess’, it has been claimed.

The alleged foul-mouthed rant was revealed days after former Downing Street advisor Dominic Cummings launched an explosive attack on the government’s handling of the pandemic.

Mr Cummings claimed Mr Hancock should have been fired for allegedly lying to ministers and for ‘criminal, disgraceful behaviour’ over coronavirus testing.

The Health Secretary insisted he did not watch Mr Cummings give evidence to the government’s joint select committee in full – because he was too busy saving lives.

But it comes amid reports Mr Hancock was warned about the risks of discharging hospital patients into care homes – but failed to take action.

An email was sent to him on March 26 last year – days after the nation went into lockdown – from social care leaders claiming care homes were being ‘pressured’ to accept people who had Covid symptoms but had not been tested for the virus, according to The Times.

Mr Johnson is said to have been briefed on the testing fiasco while he was in intensive care.

Three ministers reportedly called for Mr Hancock to be relieved of his duties – although the Prime Minister apparently replied: ‘It would be intolerable to sack my health secretary in the middle of a pandemic.’

An insider is said to have told The Sun: ‘Boris returned from convalescence at Chequers when he heard the news. He was incensed.

‘Matt had told him point blank tests would be carried out. He couldn’t understand why they hadn’t been. For a moment he lost it with Matt, shouting ‘What a f***ing mess’.

‘At least three ministers told Boris Matt should be sacked.’

The Prime Minister – who tied the knot with fiancée Carrie Symonds in a secret wedding ceremony this weekend – was ‘distracted’ during a ‘difficult time in his private life’, the ex-advisor claimed.

Joint select committee chairs Jeremy Hunt and Greg Clark will are expected to write to Mr Cummings asking him to produce evidence to back up his claims that Mr Hancock lied, according to The Guardian.

The Health Secretary rubbished the allegations as ‘unsubstantiated’ and ‘not true’ in an address to the House of Commons, telling MPs: ‘I’ve been straight with people in public and private throughout.’

Reports ahead of the hearing suggested Mr Cummings was planning to ‘napalm’ the Tory leader in a bid to exact ‘revenge’.

He told Sky News how the Government had to take an ‘incredibly difficult series of decisions’, ‘none of which we’ve taken lightly’.

In a First, Researchers Discover a Pregnant Egyptian Mummy