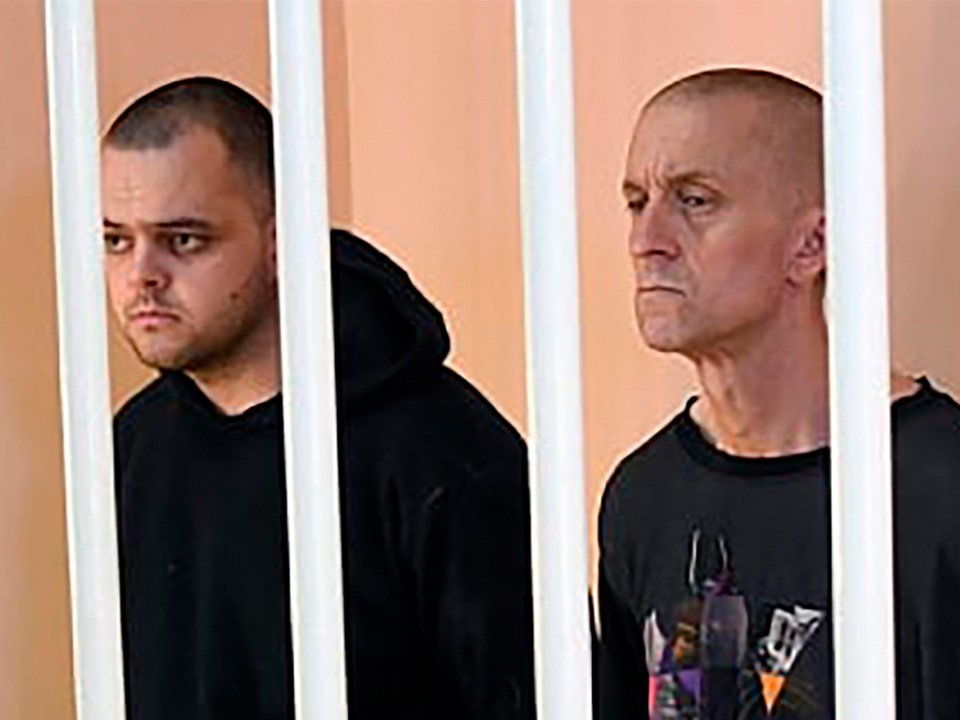 Boris Johnson has said he is ‘appalled’ by the death sentences handed to prisoners of war Aiden Aslin and Shaun Pinner.

The prime minister said he has ordered ministers to do ‘everything in their power’ to secure their release.

The two British men were captured by Russian forces while fighting in Ukraine.

They, along with Moroccan fighter Brahim Saaudun, have been accused of being mercenaries and sentenced by a Russian proxy court in the so-called Donetsk People’s Republic in eastern Ukraine.

But the families of Mr Aslin and Mr Pinner deny they are mercenaries, saying they are long-standing members of the Ukrainian military.

A No 10 spokesman said: ‘The Prime Minister was appalled at the sentencing of these men. He has been following the case closely and has asked ministers to do everything in their power to try and reunite them with their families as soon as we can.

‘We completely condemn the sham sentencing of these men to death. There’s no justification at all for this breach of the protection they’re entitled to.’

‘The judgment against them is an egregious breach of the Geneva convention.

‘The UK continues to back Ukraine against Putin’s barbaric invasion.’

Russian foreign minister Sergey Lavrov declined to comment on the case, saying they are under the jurisdiction of the Donetsk People’s Republic.

Moscow-backed militants seized the territory in 2014 and self-declared a republic, but it is not recognised internationally.

Footage of the trial of the three prisoners has been aired on Russian state TV, with local officials accused of ‘trumping up charges’ against them for propaganda purposes by UK politicians.

All three defendants were forced to ‘plead guilty’ to the charges in front of TV cameras on Wednesday.

Mr Aslin, 28, from Newark, is an enlisted member of the Ukrainian army, having moved there in 2018.

Mr Pinner, 48, from Watford, also said he had listed in the Ukrainian marines, a status which should give them both protection under the Geneva Convention.

Russian minister Mr Lavrov told a press conference: ‘Currently they are guided by the laws of the Donetsk People’s Republic.

‘Because these crimes were committed on the territory of the Donetsk People’s Republic, all the rest is speculation.

‘I will not comment on the Donetsk People’s Republic judiciary.’

Mr Lavrov added that despite Nato having 30 members compared with six in the Collective Security Treaty Organisation (CSTO) which Russia is part of, he believes ‘the fact that Nato cannot determine the fate of Europe is already obvious’.