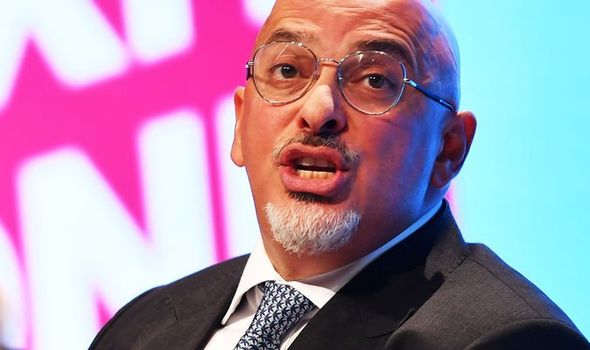 As the country continues to fight against the deadly pandemic, there was a glimmer of hope earlier this month after the Moderna, Pfizer and Oxford/AstraZeneca vaccines were found to be more than 90 percent effective.

The Government said the vaccine will be rolled out across the NHS as early as December.

And now, Prime Minister Boris Johnson has appointed MP Nadhim Zahawi as the heath minister responsible to the deployment of the vaccine, Downing Street confirmed.

Hospitals in England are said to have been told to prepare for the rollout of a coronavirus jab in the coming weeks.

Early results of the Pfizer/BioNTech vaccine suggested it is 95 percent effective at protecting against the virus, but it needs to be stored at extremely low temperatures.

Hospitals in England could be receiving their first deliveries of the jab in 10 days time with regulatory approval expected within days, according to The Guardian.

Sources from several hospitals across the country told the newspaper that NHS England said stocks of the vaccine should be expected to arrive on 7, 8 or 9 December.

The timeframe, however, will depend on whether the vaccine is approved by the Medicines and Healthcare Products Regulatory Agency (MHRA).

NHS England have not confirmed a date for the rollout of the jab due to several processes, including the approval, that still need to take place.

England is currently in its second lockdown but it is expected to end next week on December 2.

But the tier system – which sees up to 99 percent of the country placed in the two highest tiers – will replace the lockdown.

After the new tiers were announced, Mr Zahawi said he was “disappointed and sad” as Warwickshire was placed in the third tier.

The MP for Stratford said: “I am hugely disappointed and sad that Warwickshire will be moving into Tier 3 next week, in particular because of the effect this will have on our hospitality and tourism industries who have already been through so much this year.

“It seems that the high numbers of infections, especially among those over 60, and hospitalisations in the north of the county have counted against us.

“I understand the concerns raised by large numbers of constituents about why the restrictions in Stratford-on-Avon are being affected by factors in areas further away from us than from our immediate neighbours, such as Worcestershire and Oxfordshire, both of whom will be moving into Tier 2 next week.

“The whole county therefore needs to work together to drive down infections so we can follow our neighbouring counties into Tier 2 when these restrictions are reviewed in a fortnight’s time.

“I will do all I can to push and make the case for this happen.”

Elections 2019: Cuffe tops the poll in Dublin but we're in for a wait in the Europeans