Home » Europe » Boris Johnson DID authorise animal evacuation from Afghanistan – despite No.10 denial 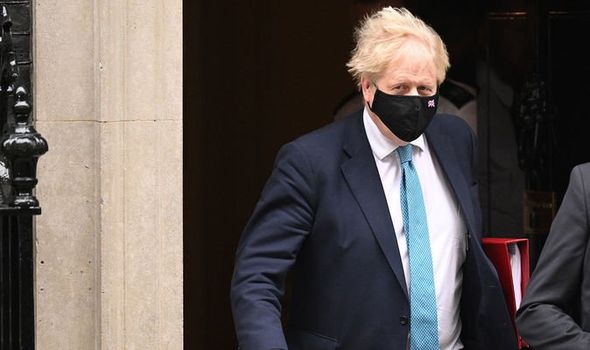 Downing Street had slapped down claims that the Prime Minister intervened to rescue dogs during the evacuation of Afghanistan. No10 said in December that at no point did the PM intervene in the evacuation of animals as the country fell to the Taliban and the allegation was entirely untrue.

During the fall of Kabul last year, the UK government was criticised when about 150 canines from the shelter were taken out of Afghanistan while people who had helped the UK mission struggled to escape.

However, a whistleblower alleged that soldiers had been put at risk to help rescue the animals after a request from Mr Johnson. The PM had dismissed the allegation as “compelte nonsense”.

An email from the Foreign Office published by the Committee dated August 25, 2021, says: “Nowzad, run by an ex-Royal Marine, has received a lot of publicity and the PM has just authorised their staff and animals to be evacuated.”

It adds that the staff can “all be guaranteed employment in the UK.”

The statement undermines an assertion made by the prime minister’s official spokesman who said last month that the PM did not “instruct officials to take any particular course of action” on the evacuation.

He also insisted Mr Johnson’s focus was on saving and evacuating as many people as possible and that was the instruction that he gave to the whole of government.

READ MORE ABOUT A WOMAN FATALLY STABBED IN LONDON

British troops first deployed to Afghanistan to help with the evacuation of UK nationals from August 15, which was the same day the Afghan capital fell to Taliban control.

Evacuation efforts were wrapped up at the end of August, with the final evacuation flight for civilians leaving Kabul on August 28.

But there was fierce criticism of the Government’s handling of the operation which was described as “dysfunctional”.