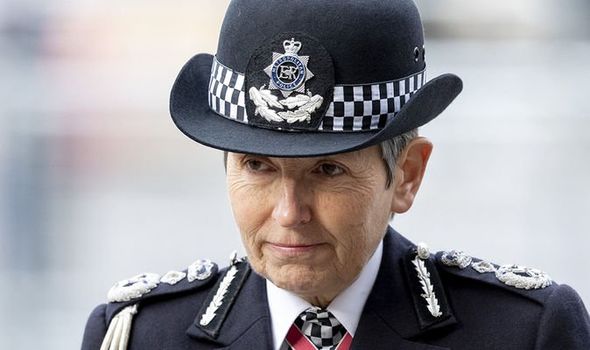 In an interview with LBC Radio, Boris Johnson was asked if Metropolitan Police Commissioner Dame Cressida Dick should lead the battle. But he avoided answering two questions from Nick Ferrari.

Referring to efforts to stop the gangs ‑ considered a factor behind record levels of teen violence in London ‑ the host asked: “Is Dame Cressida Dick the woman to push this through?”

The PM replied: “You’ll have known Cress for a very long time. I think she’s a formidable police officer.”

Mr Ferrari asked: “Is she the woman to deliver on this?”

The PM said: “That is a matter for the Mayor of London and the Home Secretary.”

In a similar discussion on LBC in February, Home Secretary Priti Patel also repeatedly refused to back the commissioner.

During Dame Cressida’s term, which ends next year, the Met has faced a number of controversies, including the Euros final security farce, when fans stormed Wembley.

In June a report on the unsolved 1987 murder of private investigator Daniel Morgan accused the force of institutional corruption.

Coronavirus: ‘Your NHS needs you’ – Thousands of retired doctors and nurses urged to return