Boris Johnson has told his Brazilian counterpart Jair Bolsonaro to get the vaccine in an awkward exchange in New York.

The Prime Minister told the president that he had received both doses of AstraZeneca adding that it was a ‘great vaccine’.

However, Mr Bolsonaro has previously spread disinformation, including bizarre claims that the jabs could turn people into crocodiles.

The two men are in the US for the UN General Assembly, where world leaders were asked to be vaccinated against coronavirus.

Mr Johnson said he had promised Mr Bolsonaro he would come to Brazil before the ‘bummer’ of the pandemic hit, adding: ‘But we’re working together on the vaccines.

‘AstraZeneca, it’s a great vaccine. I have AstraZeneca.’

As reporters were ushered out of the room overlooking the East River, Mr Johnson, who was taken to intensive care after catching the virus last spring, said: ‘Thanks everybody, I’ve had [the vaccine] twice.’

Mr Bolsonaro, who also previously tested positive after dismissing it as a ‘little flu’, pointed at himself and wagged his finger, adding through an interpreter ‘not yet’, before laughing. 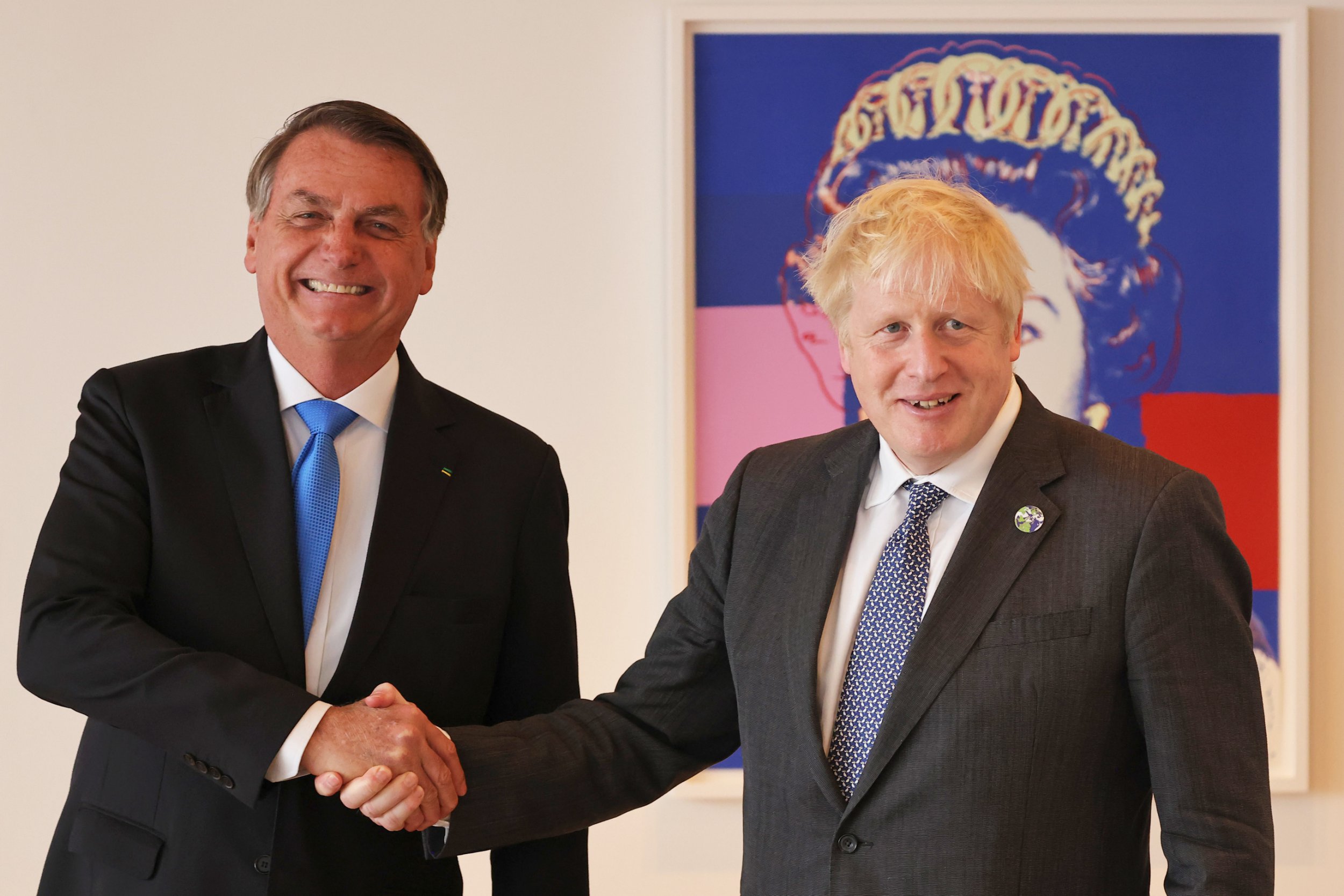 The pair discussed their own fights against coronavirus infections, before Mr Bolsonaro bragged he had developed ‘excellent’ immunity to the disease.

Both men were maskless and were joined by the new Foreign Secretary Liz Truss.

Mr Bolsonaro will be the first head of state to address the summit on Tuesday morning.

The Brazilian leader has been the subject of international criticism for his moves to roll back legal protection for the Amazon rainforest, accelerating deforestation.

During the flight to New York, Mr Johnson told reporters: ‘I think it’s in the long-term interests of Brazil and the people of Brazil to recognise the spectacular natural inheritance, the endowment that they have, and to conserve that and I’m sure President Bolsonaro agrees with that.’

Will parents be fined for pulling their children out of school early for Christmas break?

Hands off our nurses, London! Anger as NHS staff moved to London for coronavirus fight