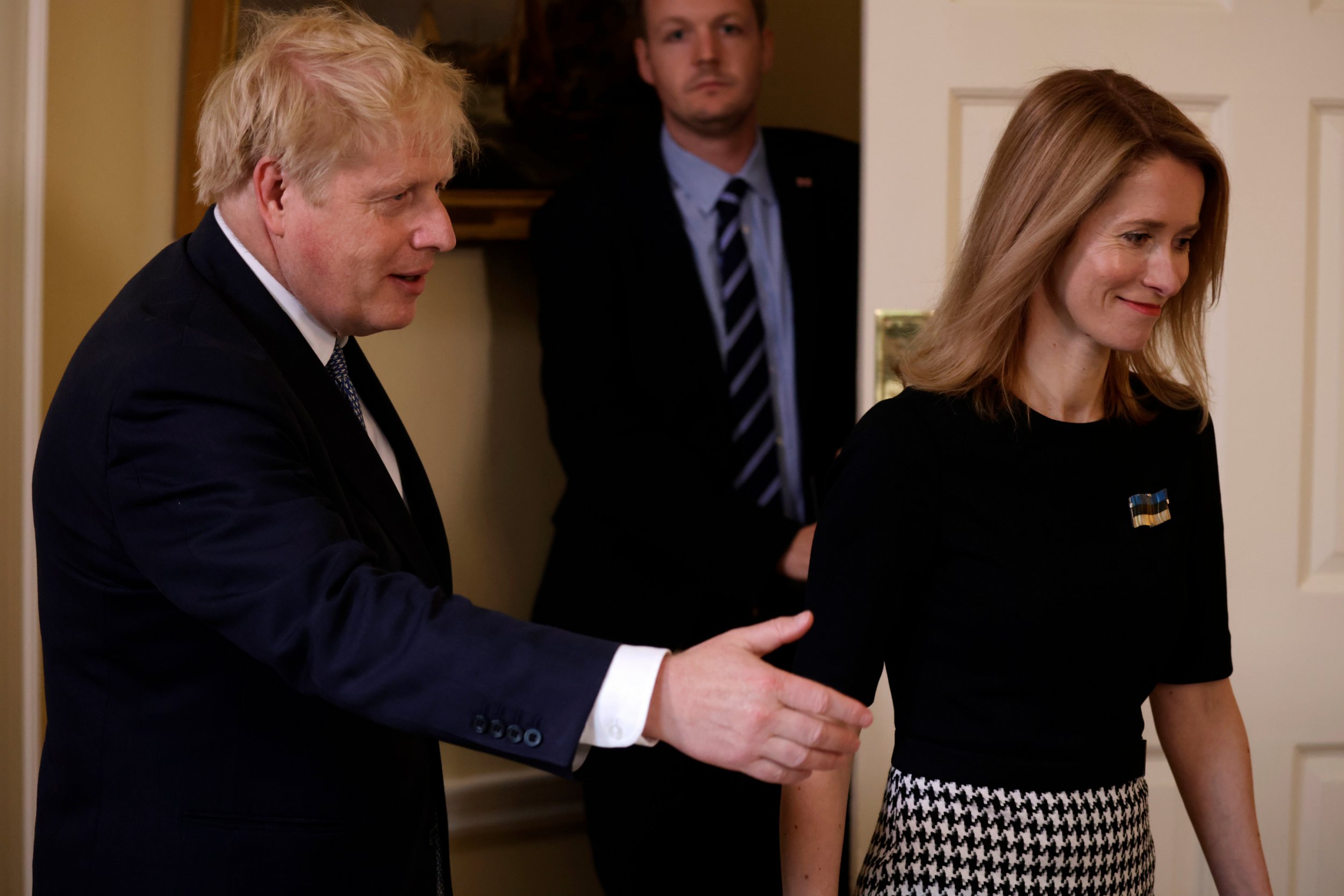 Boris Johnson is hours away from facing a confidence vote, but he appeared in ‘upbeat’ spirits as he hosted Estonian PM Kaja Kallas this afternoon.

Sir Graham Brady, the leader of the 1922 Committee of backbench Tory MPs, announced he had received more than 54 letters calling for a vote this morning.

Several senior Tory MPs have already refused to back the PM, including former foreign secretary Jeremy Hunt who may have his eyes on the leadership position himself.

But a number of key allies at home and abroad, including Ms Kallas, backed Mr Johnson this afternoon.

Speaking at Number 10, Ms Kallas said: ‘We have been great allies in Nato and we are very grateful for the British troops in Estonia, and also that you have doubled them while the war took place.

‘I also thank you for the great leadership in fighting with Ukraine and giving them all the help they need.

‘I think the UK has been a very leading voice on the world stage so that the moral compass would be correct in this regard, so thank you for that.’

Mr Johnson had been due to greet Ms Kallas at the door to Number 10 but chose to receive her inside instead.

Other Tory allies like Jacob Rees-Mogg said a single vote will be enough for the PM to continue, despite the damage to his position if a major revolt was to take place.

The secret ballot will take place between 6pm and 8pm this evening, with the results revealed at 9pm.

This is not a new issue for the PM as a steady stream of Tories have been calling for him to resign in recent months.

But in the wake of the Sue Gray report being published, showing the extent of the lockdown breaches, enough MPs could trigger the confidence vote.

In order to oust Mr Johnson, the rebels will need 180 MPs, but Mr Johnson has made it clear he is determined to fight for his job.