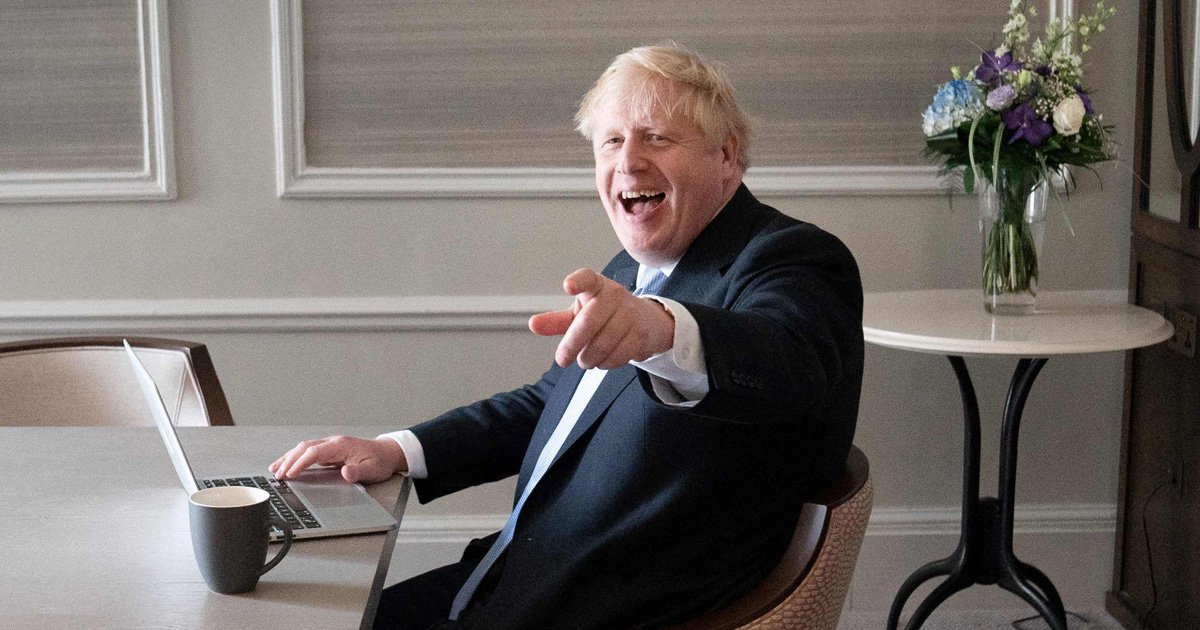 Boris Johnson will pledge to move the UK towards a ‘high wage, high skill, high productivity economy’ and declare he has the ‘guts’ to tackle major domestic challenges that previous administrations ignored.

In his keynote speech to close the Conservative Party conference on Wednesday, the Prime Minister will refuse to rely on ‘uncontrolled immigration’ to plug labour shortages and keep wages down.

He will promise a ‘long overdue’ economic ‘change of direction’, with higher wages for all, and to end to the north-south divide.

Mr Johnson is also set to accuse former Tory PMs of presiding over ‘decades of drift and dither’, failing to resolve the major issues facing the country.

It comes against the backdrop of a lack of HGV drivers which saw the Army having to be drafted in to deliver petrol, warnings of empty shelves in shops at Christmas and pigs culled due to a lack of abattoir staff.

Mr Johnson will say: ‘We are not going back to the same old broken model with low wages, low growth, low skills and low productivity, all of it enabled and assisted by uncontrolled immigration.

‘The answer is to control immigration, to allow people of talent to come to this country but not to use immigration as an excuse for failure to invest in people, in skills and in the equipment or machinery they need to do their jobs.’

Instead, he will promise ‘the greatest project that any government can embark on’ by ‘uniting and levelling up across the UK’.

That means moving ‘towards a high wage, high skill, high productivity economy that the people of this country need and deserve, in which everyone can take pride in their work and the quality of their work’.

The Prime Minister, whose landslide victory in 2019 has given him a Commons majority able to take potentially unpopular decisions, promises to end the failure by successive governments to grasp big issues.

One of the problems he will highlight is adult social care, which the Tories have promised to reform using money raised from a manifesto-busting 1.25 percentage-point rise in National Insurance.

He will declare: ‘After decades of drift and dither, this reforming government, this can-do government that got Brexit done, is getting the vaccine rollout done and is going to get social care done.

‘We are dealing with the biggest underlying issues of our economy and society.

‘The problems that no government has had the guts to tackle before.’

The Prime Minister’s promise to ‘level up’ parts of the country that had missed out on the economic success of London and the south-east was a key part of his pitch to voters in former Labour areas – the so-called Red Wall.

But the Chesham and Amersham by-election defeat in June has caused concern among Tories about the focus on northern areas.

Mr Johnson will attempt to bridge that gap by insisting that all parts of the UK can benefit from his plans.

He will say: ‘There is no reason why the inhabitants of one part of the country should be geographically fated to be poorer than others.

‘Or why people should feel they have to move away from their loved ones or communities to reach their potential.’

Levelling up ‘helps to take the pressure off parts of the overheating south-east, while simultaneously offering hope and opportunity to those areas that have felt left behind’.

Mr Johnson will say: ‘If you want the idea in a nutshell it is that you will find talent, genius, flair, imagination, enthusiasm – all of them evenly distributed around this country – but opportunity is not, and it is our mission as Conservatives to promote opportunity with every tool we have.’