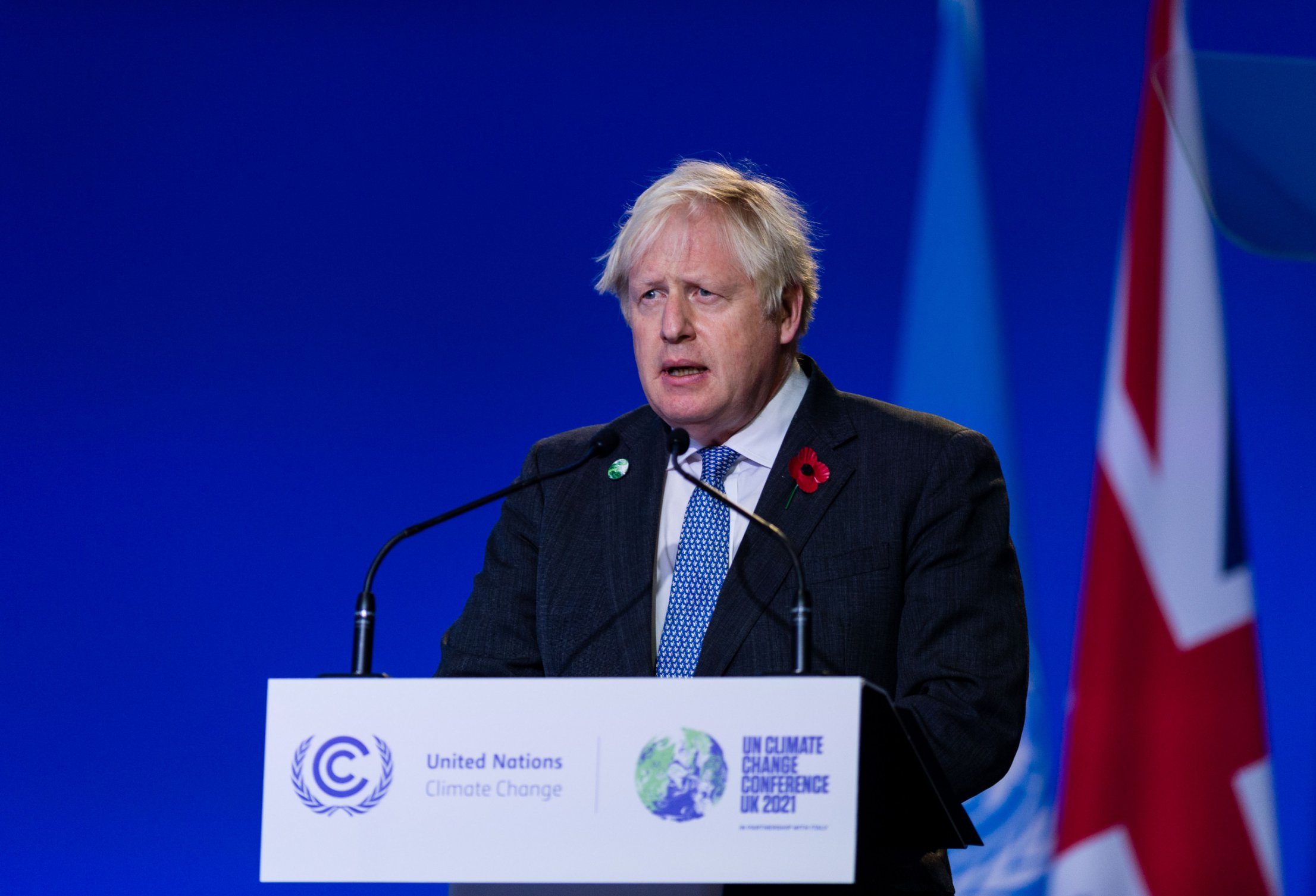 I have to admit that the prime minister’s opening speech to the UN climate summit, COP26, struck many of the right notes – bar the awkward reference to James Bond.

‘It is one minute to midnight on that doomsday clock,’ he said. ‘If we don’t get serious about climate change today, it will be too late for our children to do so tomorrow.’

He’s right – as many of us have been pointing out for years when he was writing columns sneering at climate science. I’m not going to complain about him finally waking up to the urgency of the climate crisis.

But the problem is not what the prime minister says, it is what he does – or, in this case, what he doesn’t do.

Getting 192 countries to jointly agree a way forward on the biggest challenge of our age doesn’t just happen over two weeks in Glasgow. It requires months, if not years, of careful diplomacy.

Rather than picking fights with France over fishing, Boris Johnson would have done better to study the French government’s playbook in the run-up to COP21: hundreds of climate-related meetings with governments, corporations and civil society, four roving ambassadors who made sure no country was left out, all of which led up to the signing of the Paris Agreement.

So what were the UK’s preparations? Pandemic notwithstanding, the number of COP-related meetings Boris Johnson held this year until March can be counted on the fingers of one hand.

His 11th hour phone calls to world leaders in recent weeks do not compensate for his earlier lack of engagement, nor did they persuade leaders like Vladimir Putin, Xi Jinping or Recep Tayyip Erdogan to attend.

The Foreign Office wasn’t much better. In response to a parliamentary question from me, ministers said there had been no Foreign Office meetings dedicated to COP26 in the last quarter of last year and as for this year, details have not yet been released publicly.

When it comes to climate diplomacy, Johnson and his ministers, with the exception of Alok Sharma, have scarcely been on the pitch.

One wonders, too, whether the prime minister shared an early draft of his opening speech with his next door neighbour in Downing Street because the Chancellor’s budget last week had next-to-nothing to offer on the climate crisis.

The words climate and nature didn’t even pass his lips in his hour-long speech to the Commons.

There is a huge gap between where we are and where we need to be on emissions, fossil fuel phase-out, finance and the protection of nature

This was the last big chance to show the Government was serious about climate action and it was squandered.

COP26 delegates could justifiably ask themselves whether the UK’s climate commitments go much beyond some prime ministerial cheerleading.

Boris Johnson’s COP26 mantra has been ‘coal, cars, cash, and trees’. There’s been a pledge to end deforestation by 2030, but we cannot afford another nine years of the Amazon burning. It needs protection now, as do all the world’s forests.

As for coal and cash, COP26 has already disappointed.

The G20 summit in Rome, which was supposed to send a clear signal to Glasgow, ended with no commitment to end coal use. Johnson’s new BFF, Australian prime minister Scott Morrison, was one of those holding out against a declaration on coal, making the astonishing claim that Australia could reach net zero without phasing out fossil fuels.

On cash, the $100bn climate finance fund, pledged by the world’s richest nations more than a decade ago, will not be reached until 2023, three years later than promised. Of the money that has been delivered, lots of it has been in the form of loans, not grants, so adding to the debt burden of developing countries.

In a brilliant opening speech, the Prime Minister of Barbados, Mia Mottley, pointed out that climate finance to small island states actually went down by 25% in 2019.

Half the $100bn was supposed to fund adaptation, which is absolutely vital for countries on the front-line of the climate crisis.

But that hasn’t happened. Most of the money has gone to mitigation, even though some climate vulnerable countries are already having to spend as much as 10% of their GDP on coping with the impacts of climate change. That is deeply unjust, as is the failure to make progress on the issue of loss and damage.

There is a huge gap between where we are and where we need to be on emissions, fossil fuel phase-out, finance and the protection of nature.

Speed matters but so does justice: for the countries of the global south who are suffering the worst impacts of a crisis they did not cause; for future generations who face inheriting a planet that we risk making uninhabitable; for indigenous communities fighting to protect their land; and for women and girls who are disproportionately impacted by climate change.

This is a critical decade for the climate, when we must halve emissions by 2030 to keep the goal of 1.5C alive. This is our chance to build back better for everyone, and our chance to put justice and fairness at the heart of all climate negotiations.

At the very least, that must be the legacy of COP26.

NHS heartbreak: Paramedic forced to isolate breaks down in tears for ‘letting people down’