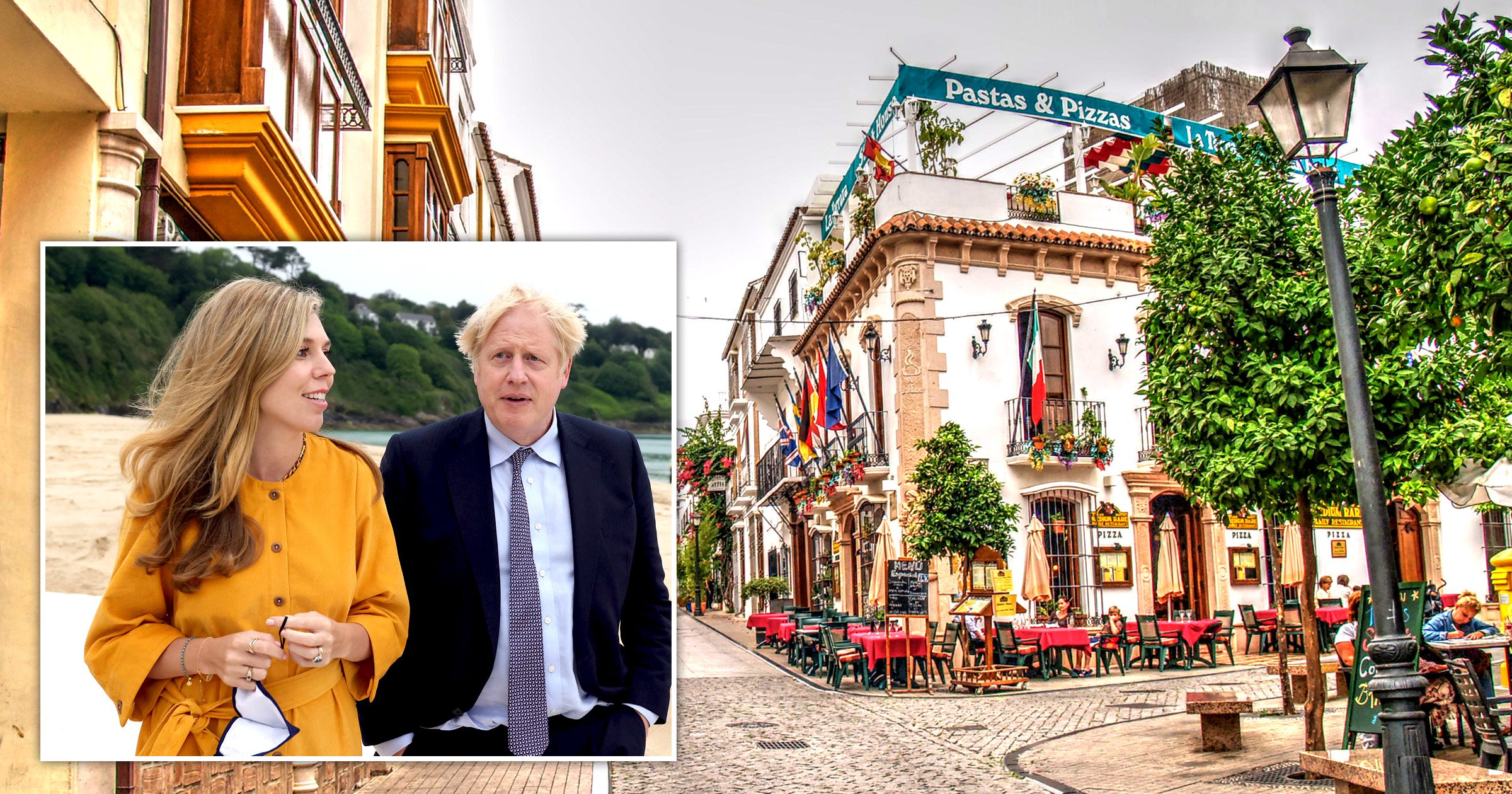 With problems mounting at home, Boris Johnson has reportedly snuck off for a holiday on the south coast of Spain.

The prime minister is said to be staying in a large villa near Marbella on the Costa del Sol.

He will spend five days abroad with pregnant wife Carrie and baby son Wilf, according to the Daily Mail.

The timing of his break will be seized on by critics as a cost of living crisis looms this winter amid energy price rises and concerns over spiralling inflation.

Downing Street did not deny reports he had travelled to Spain, and declined to say whether the prime minister was working at No 10 or in Chequers, as is commonplace.

A Spanish police source told the Sunday Mirror: ‘Officially we can’t confirm, but unofficially he’s in a big luxury villa on the border between Marbella and Benahavis.

‘We have been made aware that the British prime minister is staying and so we are all being extra vigilant.

‘We know how important he is globally and what a potential target he is so there are extra patrols over the next few days.’

As the PM enjoys some sun, business secretary Kwasi Kwarteng is locked in a public dispute with the energy companies who want him to lift the price cap, a move which would see household bills shoot up.

Industry leaders have warned keeping bills lower now will lead to sharp increases in April, during which time more energy companies will go bust, burdening the taxpayer with the clean-up bill.

With inflation expected to top 4% by the end of the year, former chancellor Norman Lamont has urged the Bank of England to increase interest rates and the government to be cautious with pay rises.

He told the BBC: ‘Wages going up because of increased productivity… is a good thing.

‘Just pushing up wages by themselves, calling for them to go up, will not increase productivity itself and could become inflationary.’

A shortage of lorry drivers, which has caused petrol shortages, and a lack of labour in industries like food processing is also pushing up prices on everyday goods.

With Universal Credit being cut by £20 a week, charities have warned about a winter of hardship for millions in the UK.

The PM will hope to break his run of unsuccessful holidays since being handed the keys to Downing Street.

His summer trip to the West Country was cut short when he was called back to London to deal with the crisis in Afghanistan.

A holiday in Scotland the year before had to be brought to a premature end over security concerns after details of his location were made public.

It later emerged that Mr Johnson had to be rescued during that trip after getting carried out to sea on a paddle-board.

The PM celebrated his general election victory by heading to Mustique in the Caribbean in late 2019.

But the jaunt landed him in hot water with the Commons’ standards watchdog, which criticised Mr Johnson for not promptly disclosing how the trip was funded.

It later emerged he was staying at a property owned by Tory donor David Ross and the trip amounted to a £15,000 benefit-in-kind.

'Denise – come back to me': mother found body of daughter lying in road

Beer drinkers on seafront complain about lack of social distancing