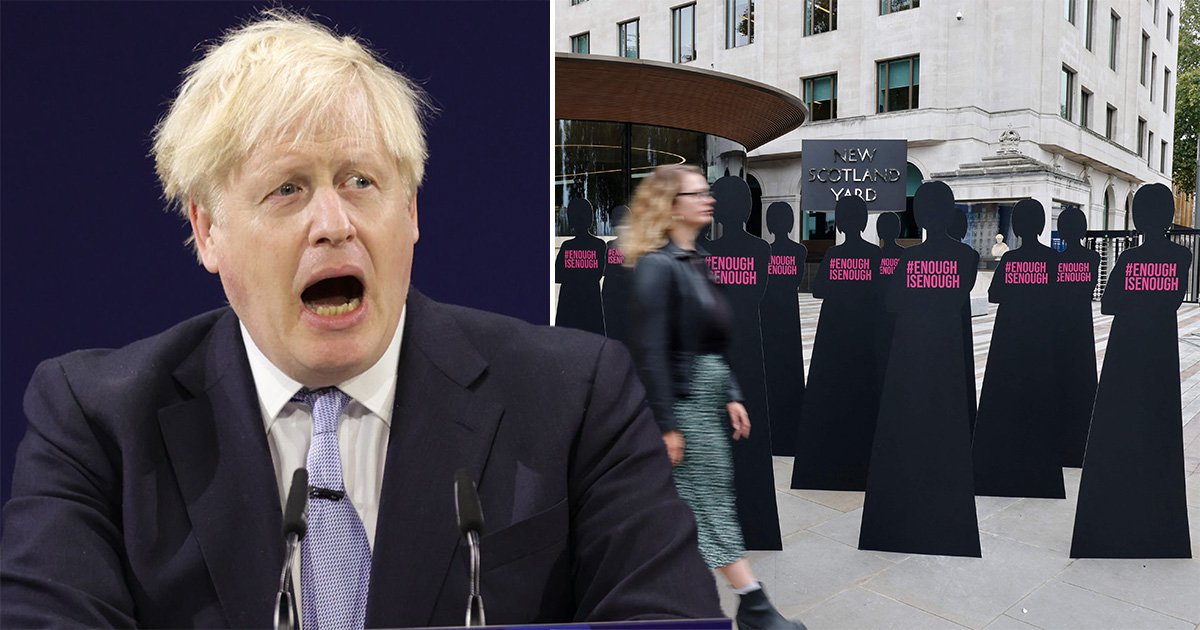 Priti Patel is furious after the Prime Minister blocked plans to make public sexual harassment a specific offence, according to reports.

Sources from the Home Secretary’s department fear Boris Johnson sees the problem to mere ‘wolf whistling’ and claim he is ‘stuck in the past’ on this issue.

Patel’s consultation on how to deal with violence against women and girls had feedback from more than 180,000 contributors, mostly after the murder of Sarah Everard.

It was expected that public street harassment could be made a specific offence under the Home Office’s new strategy, following calls from campaigners.

But Johnson has since dismissed this and said there is ‘abundant’ legislation already in place.

He also resisted calls to make misogyny a hate crime – despite campaigners saying this is one of the root causes of violence against women.

One source told the Observer: ‘Trying to bring it down to wolf whistling is massively problematic. But we’re going to make this happen.

‘People are prepared to put their political capital behind this, and the home secretary is among those very much behind it.’

Another source added: ‘Make no mistake, Boris Johnson is the person blocking and holding this back. He seems to be stuck in the past on this issue.’

The Home Office class public sexual harassment as any behaviours that could make women uncomfortable in public spaces.

Despite the PM riding roughshod over its plans, officials are still understood to be carrying out a legal review with the view to making a new law.

Tory MPs and peers are also expected to defy Johnson and keep on pushing for misogyny to be made a hate crime.

Patel is said to be backing a plan for a new emergency ‘walk me home’ number for lone women, which could be ready in time for Christmas.

Before a journey users would call or text 888 – or open the app – giving an estimate of how many minutes they are expected to take.

The journey would be tracked by the phone’s GPS system with the app sending messages to check the user had got home.

A failure to respond would trigger calls to emergency contacts and then to the police.

Catalans rally for independence from Spain, despite Covid-19 health warnings