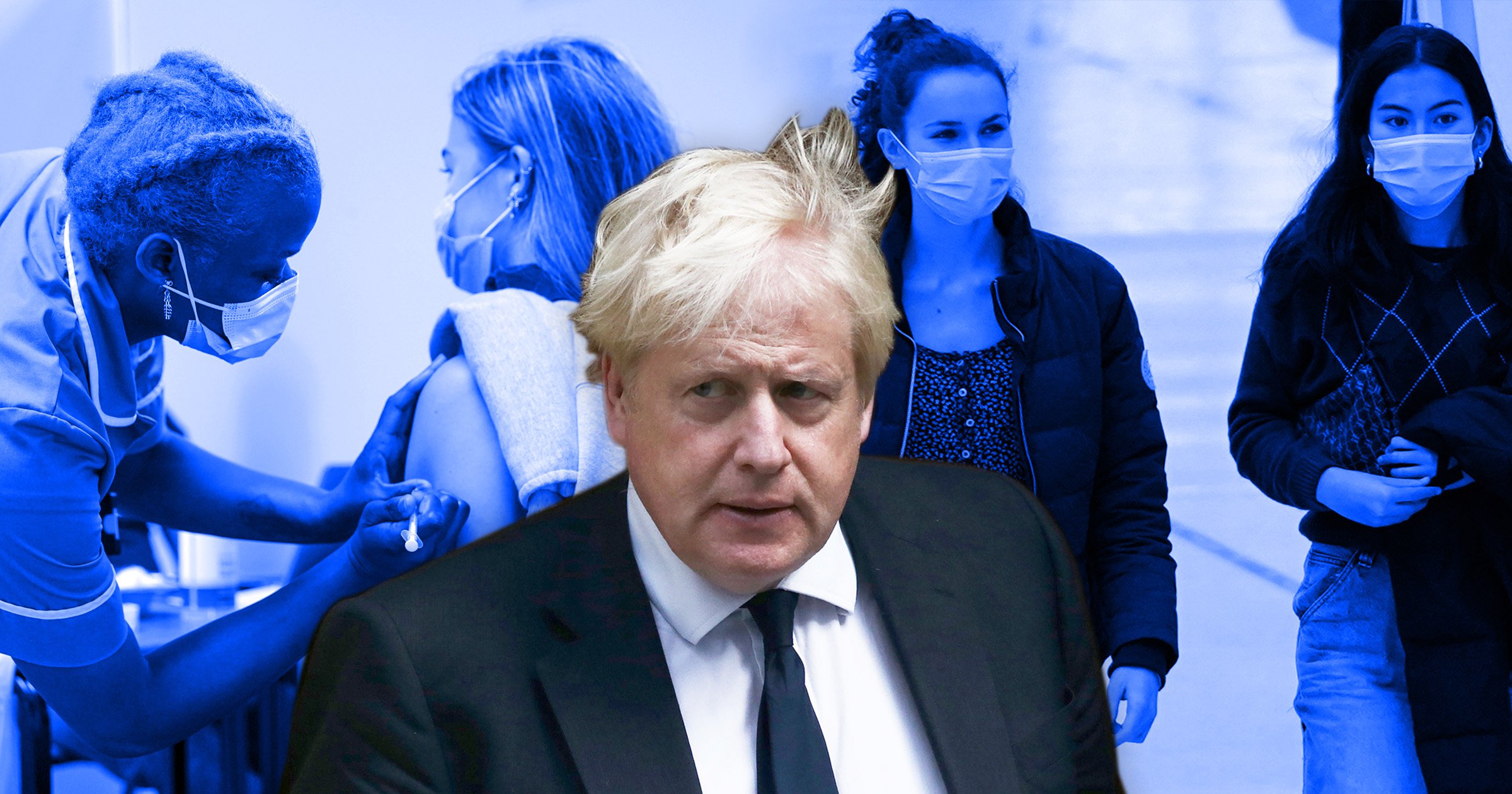 Boris Johnson has again resisted calls to trigger Plan B of the Government’s winter Covid plan, despite acknowledging that cases are ‘high’.

The number of daily infections passed 50,000 for the first time in three months on Thursday.

Health Secretary Sajid Javid warned this week that they could rise to as many as 100,000 each day as we move into the winter months.

It has prompted health leaders to call for additional restrictions amid fears the NHS could once again become overwhelmed.

The Prime Minister said he is ‘watching the numbers very carefully every day’, but insisted that he is ‘sticking with our plan’.

Speaking during a visit to a primary school in Co Antrim, Northern Ireland, he said the most effective way of combating the disease was to press ahead with the booster jab programme.

Mr Johnson said the successful rollout meant the country was in an ‘incomparably better’ position than it was 12 months ago and that the Government was sticking with its Plan A.

He said: ‘We are continuing with the plan we set out in July. We are watching the numbers very carefully every day.

‘The numbers of infections are high but we are within the parameters of what the predictions were, what Spi-M (modelling group) and the others said we would be at this stage given the steps we are taking.

‘We are sticking with our plan.’

The Prime Minister urged the over 50s to come forward and get their booster jabs as soon as they become eligible.

His call came as the latest official figures showed an estimated 4.7 million booster doses have been delivered in the UK, up from Wednesday’s total of 4.4 million.

NHS England said a record number of people had come forward to get their booster on Wednesday, with 234,000 bookings.

At the same time were a further 52,009 laboratory-confirmed cases of the virus as of 9am Thursday, the highest daily number since mid-July.

One leading virologist, Dr Chris Smith of Cambridge University, said the real number of new daily infections is probably already close to 100,000, with around half of all cases being asymptomatic.

He told BBC Breakfast: ‘We are looking very hard, we’re doing more than a million tests a day now, but probably we do have really high levels bordering on that sort of number at the moment.’

Despite the rising case numbers, Downing Street insisted there was still spare capacity in the NHS and that Plan B would only be activated if it came under ‘significant pressure’.

The Prime Minister’s official spokesman said there were currently 95,000 hospital beds in the NHS, of which 7,000 were occupied by Covid patients, while around 6,000 were free.

He added: ‘We will be very carefully monitoring hospitalisation rates, admission rates, ICU (intensive care unit) rates, the usual metrics we have used through this pandemic to judge how our NHS is coping.

‘Obviously we won’t hesitate to act if needed.’

The spokesman denied reports that officials were considering a Plan C to ban household mixing if the situation continued to deteriorate.

Killer murdered OAP with walking stick before using it to kill his wife, court hears