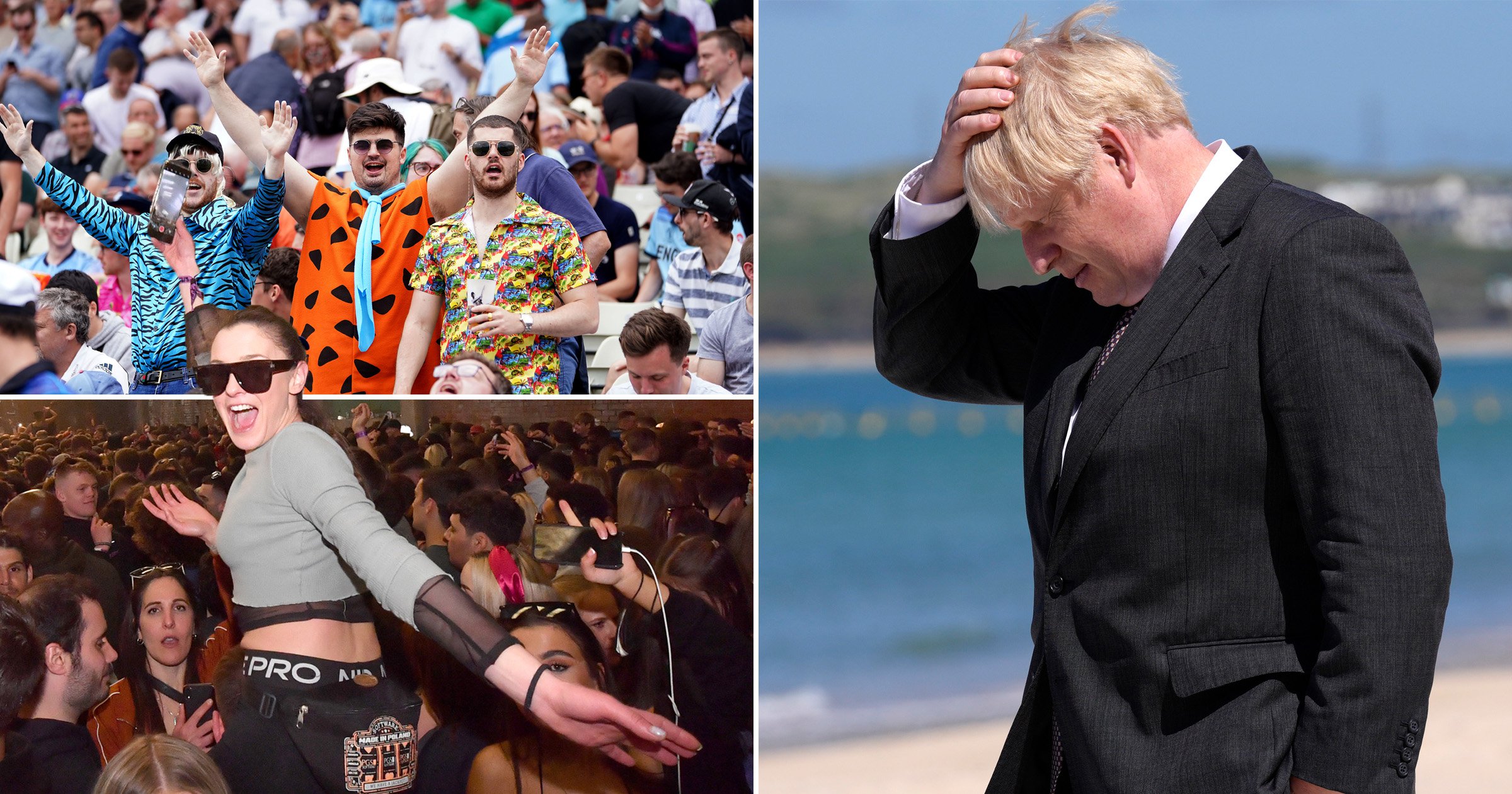 The Prime Minister is expected to make a formal announcement tomorrow that the full easing of social-distancing restrictions can’t go ahead as hoped.

It’s likely the government will opt for a four week delay, meaning the easing will happen no sooner than July 19.

If confirmed, it means nightclubs will remain closed, mask wearing will continue in public places and working from home advice will stay in place.

Senior figures in Whitehall were hopeful the rapid rollout of the vaccine programme would mean the country would be able to shake off all lockdown measures this summer.

But the mood among senior officials darkened when it became increasingly clear the Delta variant, first identified in India, is fuelling a rise in cases across the country.

Scientists now estimate 96% of all new Covid cases are attributed to the highly transmissible variant that has effectively replaced the Alpha variant first spotted in Kent.

The latest figures from Public Health England (PHE) show there have been 42,323 cases of the Delta variant confirmed in the UK, up by 29,892 from the previous week.

It’s estimated that the strain is 60% more transmissible compared with the Alpha variant and that cases are doubling every four-and-a-half days in some parts of England.

While almost 30 million people have received both doses of the vaccine, this is still well short of the percentage needed to provide herd immunity, meaning the disease can still spread.

Public health officials argue a delay would also give more opportunity to control the spike using surge-testing techniques and provide time to get more people vaccinated.

The Prime Minister is likely to face unrest on his own benches over the decision.

Unnamed ministers have briefed The Telegraph they believe a four-week delay could results in restrictions remaining in place until the spring.

While the PM is likely to be hit by harsh criticism from leaders in impacted sectors like hospitality, the public is broadly supportive of a delay.

A recent poll by Opinium found significant public support for a postponement, with 54% in favour and 37% against.

Ministers are also considering whether the vaccine programme will need to be rolled out to under-18s in order to get on top of the new variant.

The new wave of infections is being fuelled by cases among the unvaccinated young, with people aged between 10 and 19 now representing the most infected cohort.

One government advisor has called for the jab to be administered to children as young as 12 as the new strain appears to be transmitting among younger people more than the original variant did.

Royal Family LIVE: Fury as critics round on Queen for ‘breaking rules’ – ‘leave her alone’