Tory leadership favourite Boris Johnson appeared to call the EU’s bluff on the Brexit stance of political leaders. After hearing extracts from Leo Varadkar, Angela Merkel and Jean-Claude Juncker, Mr Johnson appeared confident that the EU will eventually allow for changes and reopen Brexit negotiation talks. Sky News’ Sophy Ridge began by saying: “We are talking about the reality of how we are going to get Brexit done.

“You and I both know that if you are so certain to leave at the end of October then there is a chance that is significantly less than a million to one that we will leave with no deal.

“I just want to read to you some quotes from EU leaders, in the last month alone.

“Jean-Claude Juncker: There will be no more negotiations as far as the contents of the withdrawal agreement is concerned.

“Leo Varadkar: There is no withdrawal agreement without a backstop, Angela Merkel: The exit agreement has been finalised.

JUST IN: GATT 24: How Farage, Rees-Mogg and Boris want to use rare WTO Article to get Brexit done 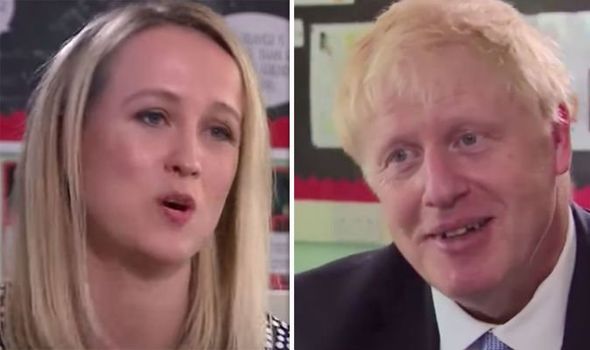 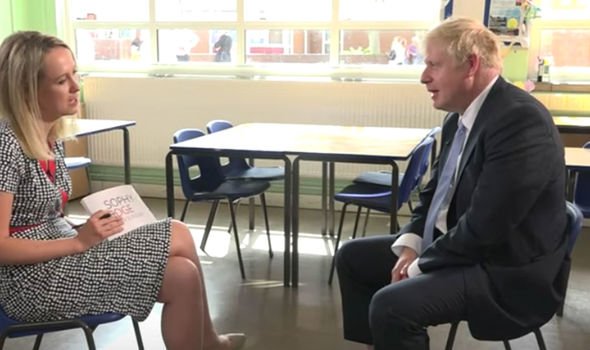 “This before it was reported that you referred to French people as turds, so I can’t imagine the situation has improved greatly.

Mr Johnson responded: “Actually, I think our European friends and partners can see very quickly what the answer is.

“I don’t think they are going to want a disorderly Brexit of any kind. 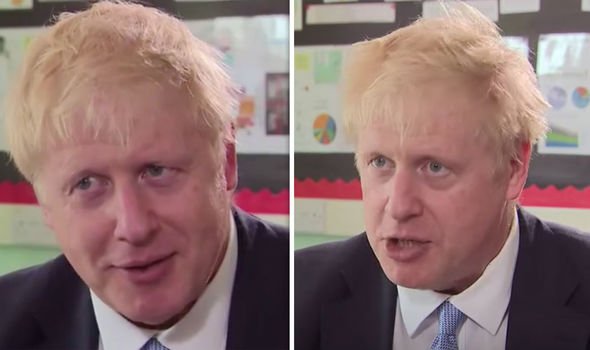 “It is not in their interest and there is no reason why they would want the sudden imposition of tariffs and quotas.

The Sky News presenter then insisted that Mr Johnson was simply “ignoring” what the EU leaders had been saying.

He smiled and replied: “Well I think it is a case of you would expect them to say that kind of thing and we are going to work very hard to show our earnestness and sincerity. 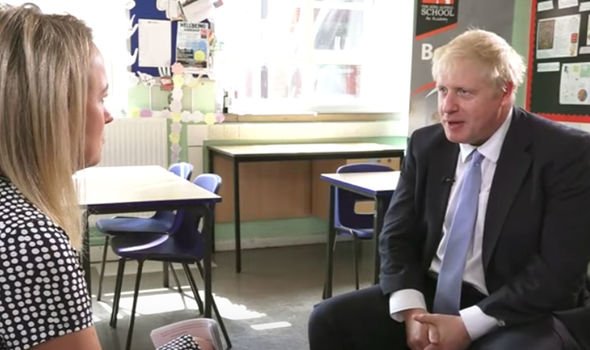 “What we want to do is take the elements of the current withdrawal agreement, it really doesn’t work at all, but there are good bits.

“The bit about citizens, we should pass that through, the money, the £39bn, I would suspend that in creative ambiguity and wait until we get a deal.

“Then solve the problems of the Northern Ireland border and all other borders.”

When the Sky News reporter insisted that from the statements the EU wasn’t willing to do any of those things, Mr Johnson simply replied “Well, let’s see.

It's Huawei versus the US government at world's biggest wireless event