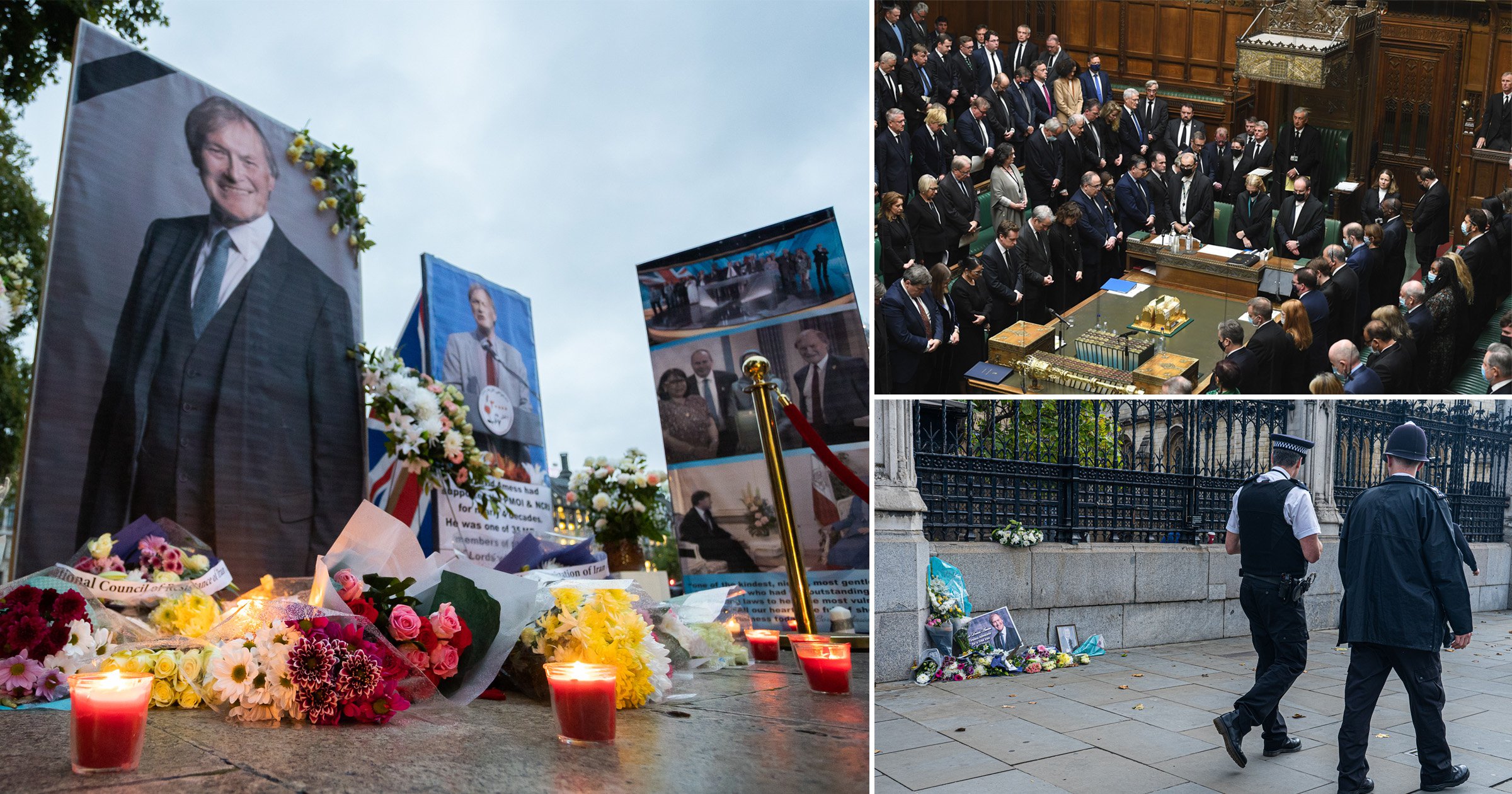 Boris Johnson has threatened to crack down on social media companies which don’t take action to prevent extremist material being shared online.

The prime minister said new legislation will soon be introduced in the Commons that will toughen up sanctions on companies which allow ‘foul content’ to propagate.

The Online Harms Bill is expected to force the biggest tech firms, such as Facebook and Google, to abide by a duty of care to users, overseen by Ofcom as the new regulator for the sector.

Labour leader Sir Keir Starmer said he would work with the government on the law in the wake of the killing of Sir David Amess.

His violent death has created a sense of urgency around tackling the issue of online radicalisation, which has fuelled attacks by killers acting alone in recent years.

Mr Johnson was pushed by Sir Keir to use the ‘inescapable desire’ of MPs to ‘clamp down on the extremism, the hate and the abuse that festers online’.

In response, the government signalled it could strengthen the planned law so directors of platforms failing to deal with online extremism could face criminal sanctions.

Mr Johnson told the House: ‘I’ve already said that we are willing to look at anything to strengthen the legislation, I’ve said that we will bring it forward to second reading before Christmas.

‘And, yes, of course we will have criminal sanctions with tough sentences for those who are responsible for allowing this foul content to permeate the internet.

‘What we hope for also, is that no matter how tough the proposals we produce, that the opposition will support it.’

The prime minister is also under pressure from his own backbenchers to strengthen the law.

Earlier this week, Mark Francois, a good friend of Sir David, called for the bill to be made more stringent and renamed in his honour.

But despite the cross-party consensus on tackling online hate, there could yet be a split over ending anonymity online.

Plans being looked at by the Home Office to force social media users to register their account with a form of ID have been criticised by civil liberties campaigners.

It’s unclear if the government will include the proposal in its draft legislation but Sir Keir signalled he could the move, saying: ‘Closing down anonymous accounts would not have prevented the murder of Jo Cox nor of PC Keith Palmer and, although we don’t know the full circumstances surrounding his death, nor would it have saved Sir David.’

He said the government’s anti-terrorism strategy has failed and must be overhauled to prevent attacks.