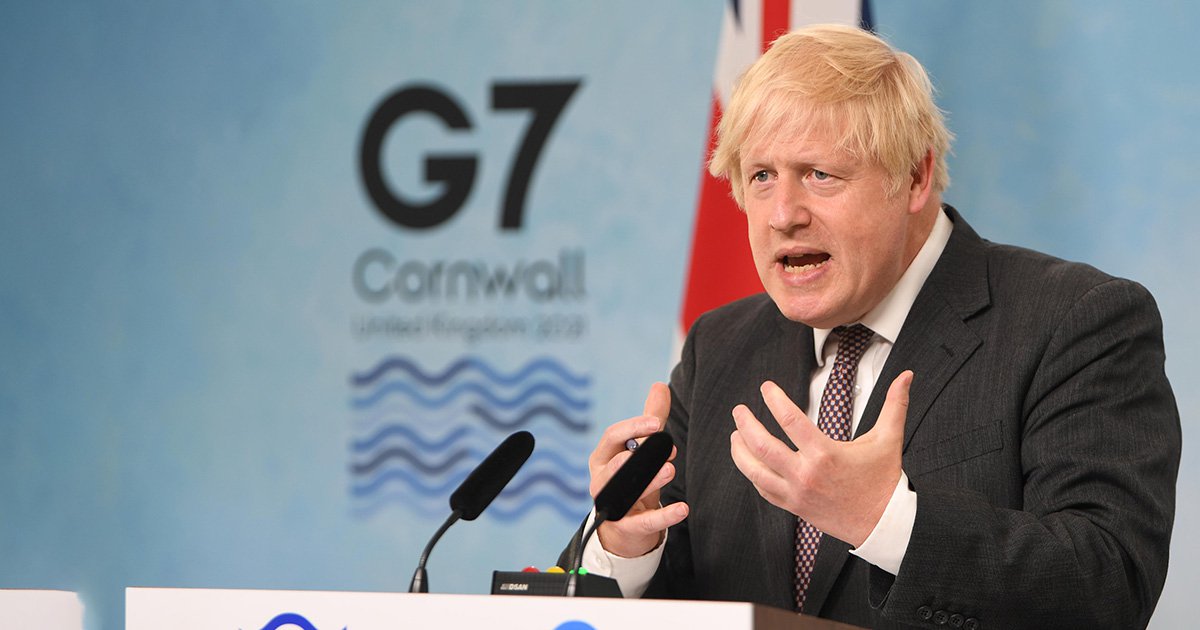 Boris Johnson will chair a meeting of G7 leaders on Tuesday for urgent talks on the situation in Afghanistan.

It comes as Nato confirms 20 people have died ‘in and around’ Kabul airport during a complex operation to airlift people out of the Taliban-controlled.

US troops are due to withdraw on August 31, putting intense pressure on Western allies to evacuate people rapidly and leave enough time to get military personnel out.

The Prime Minister said: ‘It is vital that the international community works together to ensure safe evacuations, prevent a humanitarian crisis and support the Afghan people to secure the gains of the last 20 years.’

The UK is president of the group in 2021. It includes the US, Canada, France, Germany, Japan and Italy.

There are signs the UK could look to put pressure on the maintain troops on the ground in Kabul beyond the end of the month to allow the evacuation mission to continue.

Writing in the Mail on Sunday, defence secretary Ben Wallace said: ‘If the US timetable remains, we have no time to lose to get the majority of the people waiting out.

‘Perhaps the Americans will be permitted to stay longer, and they will have our complete support if they do.’

Junior defence minister James Heappey is the latest government figure to admit it won’t be possible to evacuate every single British citizen or Afghan eligible for resettlement.

He said ‘flow is improving’ at Hamid Karzai International Airport but warned ‘crowds could swell again and everything could become as desperate as you saw yesterday’.

Seven people were crushed to death as thousands surged towards the gates of the airport on Saturday, the Ministry of Defence confirmed.

Mr Heappey said: ‘Absolutely nobody, sadly, can sit on TV camera, as much as we want to, and say that we will be able to get everybody out.

‘The hard reality of complex, chaotic, dangerous situations like this is that that simply may not be the case.’

Joe Biden’s decision to proceed with a withdrawal timetable agreed under Donald Trump has been heavily criticised by some.

The US president has been clear about his intention to wind down military involved in Afghanistan but the nature of the departure has been question.

Former prime minister Tony Blair, who took the country to war in the Middle East in 2001, called the move ‘imbecilic’ in a lengthy essay.

He wrote: ‘The problem is that the West has to understand that, when we do something like this, the signal it sends out is one of inconstancy.

‘In the world we have today, you’ve got sometimes to commit for the long term.

‘Even if it becomes unpopular from time to time in public opinion, your job then, as leader, is to go out and explain why it’s necessary, despite that, to hold firm.

‘Because, when you don’t hold firm, then those people who are opposed to you – whether these are Islamist groups or Russia, China, Iran, all of whom will move into the vacuum we’ve created – all those people who are not on our side and who don’t wish us well are going to gain by it.’

Macron Hopes Talk Will Calm France, but an Air of Menace Prevails

Queen and Prince Harry: Will they meet during Harry’s time in the UK?