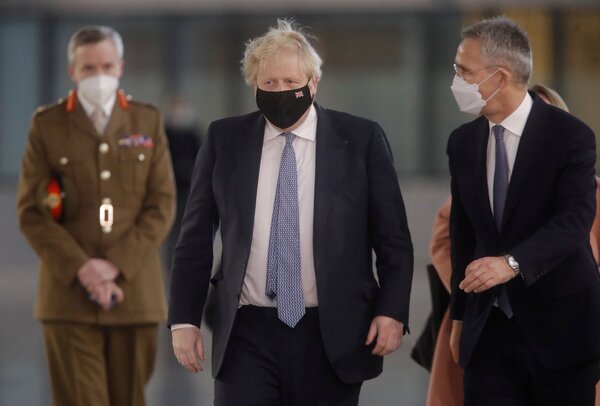 Emphasizing Britain’s “immovable” commitment to NATO, Prime Minister Boris Johnson on Thursday pledged more military support for the alliance and said he thought that Russia had not yet decided whether to invade Ukraine, but warned that the most perilous moment of the crisis was fast approaching.

“This is probably the most dangerous moment, I would say, in the course of the next few days, in what is the biggest security crisis that Europe has faced for decades,” Mr. Johnson said at a news conference after a meeting at NATO headquarters in Brussels.

The British government said on Thursday that it had put 1,000 more troops in a state of readiness to support NATO allies in the event of a humanitarian crisis caused by any Russian aggression. Officials also said they were finalizing a package of potential economic sanctions against Russia if it attacks Ukraine, in a bid to pressure President Vladimir V. Putin to defuse the crisis caused by Moscow’s buildup of what the United States says is 130,000 troops, many of them combat ready, near Ukraine’s borders.

Man (30s) dies after being struck crossing road at lunchtime