After securing parliamentary majority, PM plans to bring his withdrawal agreement bill back to House of Commons. 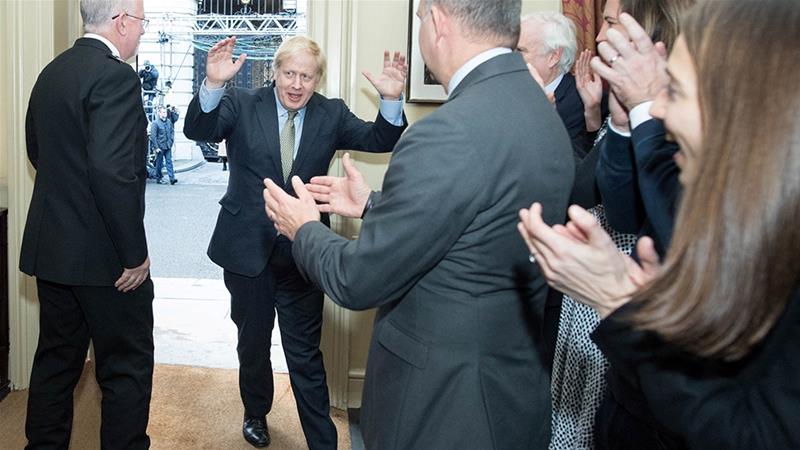 The laws needed to enact Britain’s exit from the European Union will be put before Parliament on Friday, Prime Minister Boris Johnson’s spokesman said on Monday.

“We plan to start the process before Christmas and will do so in the proper constitutional way in discussion with the speaker,” Johnson’s official spokesman told a Westminster briefing.

Asked if the legislation would be identical to that introduced in the last Parliament, the PM’s spokesman said: “You will have to wait for it to be published but it will reflect the agreement that we made with the EU on our withdrawal.”

He added that the government was confident it could secure a long-term free trade agreement with the bloc.

Meanwhile, 109 new Conservative MPs headed to Parliament on Monday to be welcomed by Johnson, who has promised to honour his election-winning pledges to “get Brexit done” as soon as possible and boost funding for the NHS, the state health service.

Many of the new MPs come from parts of the country that were once the strongholds of the opposition Labour Party.

Observers have said the Conservatives’ commitment to Brexit led to their thumping victory, as pro-leave Britons grew frustrated with Labour’s pledge for a second referendum that would have included an option to remain in the EU had they won the election.

Johnson must now ensure his withdrawal agreement bill is passed in time for the UK to complete its historic departure from the EU by the current deadline of January 31.

With such a large majority – the Conservatives made a net gain of 47 seats – he is expected to get the bill through Parliament by that date.

It is not yet clear whether there will be a vote on the withdrawal bill because it needs the agreement of the House of Commons’ new Speaker.

The prime minister has proclaimed he will lead a “people’s government” and “repay the public’s trust by getting Brexit done”.

Johnson is keen to hold on to voters who supported the Conservatives, many for the first time, and is likely to retool his government next year to deliver his election promises.

For now, the prime minister is expected to appoint three new ministers to fill vacant positions and keep any changes to a minimum before Britain leaves the EU on January 31.

Labour suffered its worst result since 1935 on December 12, losing 59 seats. The opposition party is expected to appoint a new leader by early next year.