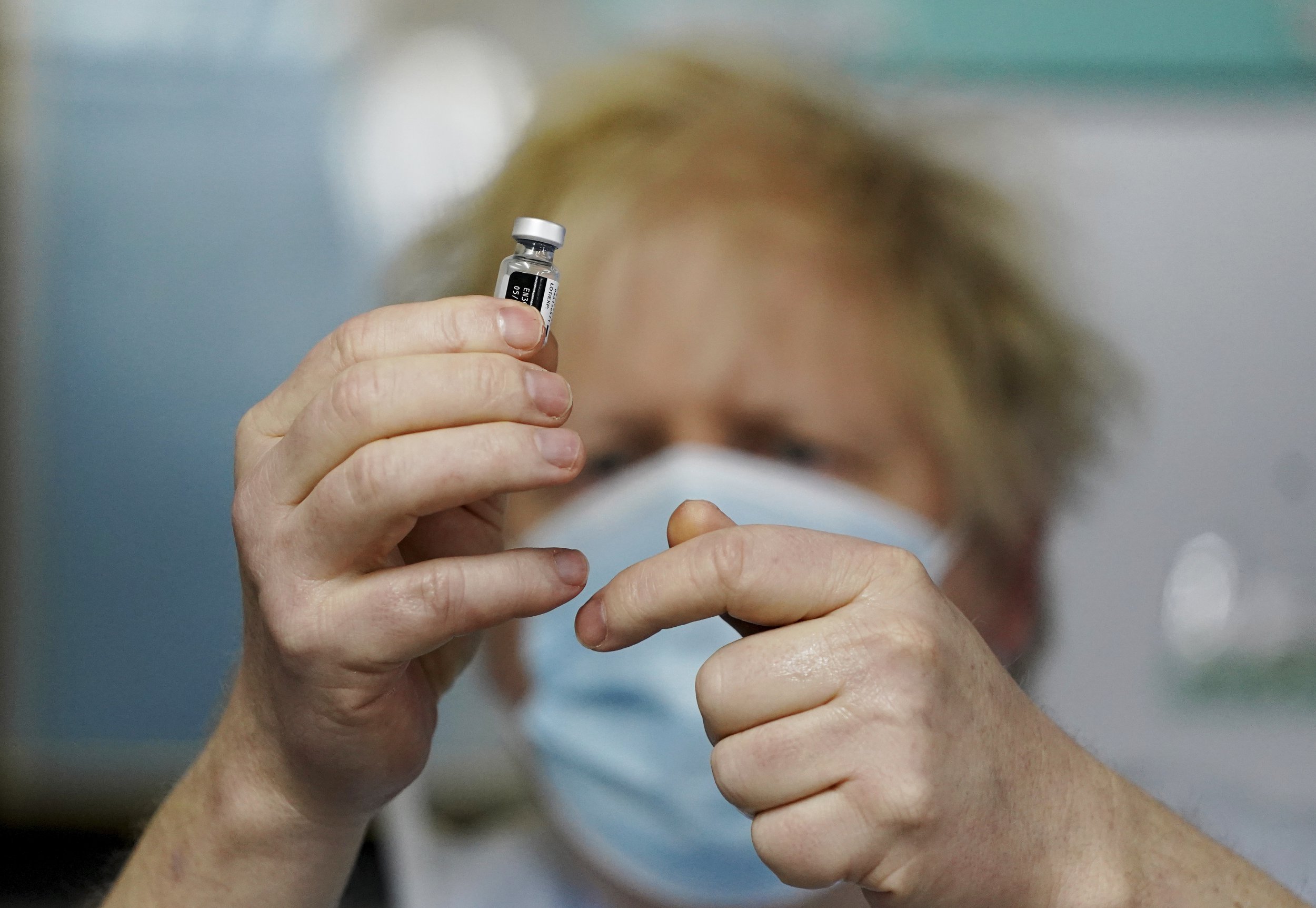 Boris Johnson is ramping up plans to reopen schools after being told the UK has passed the peak of the latest wave of infections, according to reports.

The Prime Minister is hoping the success of the UK’s vaccination drive will pave the way for classrooms to open again, with over-65s due to be invited to book jab appointments next week, The Telegraph reports.

Nearly 9.3 million people have now been vaccinated in the UK, with ministers growing increasingly confident of hitting the target of vaccinating the 15 million most vulnerable people by mid-February.

New figures reportedly seen by health chiefs showed infections in every region in England have dropped to pre-new year levels.

‘The Prime Minister is really determined to get children’s education back on track and to make sure that those who have fallen behind don’t stay behind,’ a Government source told The Telegraph.

‘We are going to make sure we give them the help to do that.’

Further measures to help children catch up after nearly a year since the first lockdown are expected to be announced, with ministers reportedly told to focus on getting schools reopened.

It comes as Matt Hancock announced a door-to-door testing blitz of 80,000 people in England to find ‘every single case’ of the South Africa coronavirus variant.

Eleven cases of the variant identified over the past week were in people who had no links to travel, prompting concerns the mutation may be spreading in communities.

Mobile testing units and home testing kits will be deployed to areas where the variant has been discovered as the UK Government looks to prevent it getting a foothold.

Mr Hancock said the testing regime, along with enhanced contact tracing efforts, was an attempt to ‘come down on it hard’.

It was ‘absolutely vital’ that people minimise all social contact in the areas where South African cases had been identified, he added.

Public Health England (PHE) is studying whether those who have already had the vaccine could need a booster shot ‘a bit like the annual flu vaccine’ to help protect them against Covid-19 mutations, such as the South Africa, Brazil and Kent variants.