Boris Johnson compared the Brexit Party to a “puff ball” that needs to be “pricked”. The Tory leadership hopeful also said he would “absolutely not” involve Nigel Farage in negotiations with the EU, following speculation of an electoral pact between the Conservative and Brexit Party. During the digital hustings, Charlotte on Facebook asked: “Would you involve Nigel Farage in any negotiation with the EU?”

Refusing to even mention Nigel Farage or the Brexit Party by name, Mr Johnson replied: “I believe as a matter of policy when it comes to fighting other parties, as I’ve been doing for a very long time in the name of the Conservative Party, don’t give them the oxygen of publicity.

On whether his answer was a “no”, Mr Johnson declared: “It’s a pretty clear no. Absolutely not.

“Look the second time I think I fought in London, I’m not certain that UKIP even stood against me. 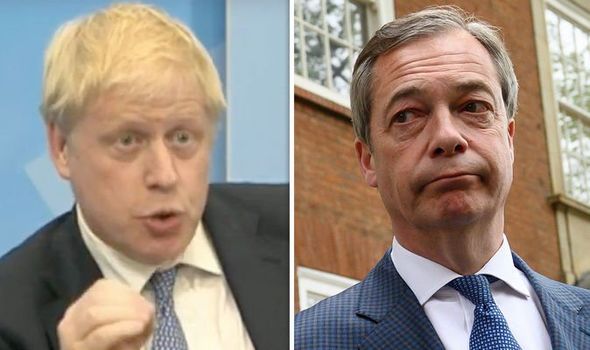 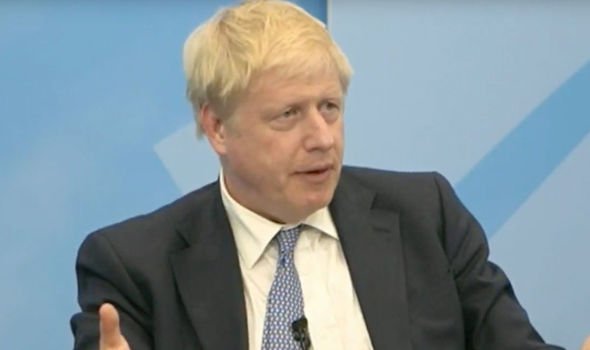 “What you do is you talk about what you’re doing, we should be proud as Conservatives of our agenda.

“We’re going to take this country out of the European Union on October 31 and fulfil the mandate of the people, that’s what we’re going to do.

“And in so doing, we will take the wind out of the sails of the two other parties that I’ve mentioned, that have sprouted like puff balls saprophytically feeding off the decay in trust in politics at the moment. 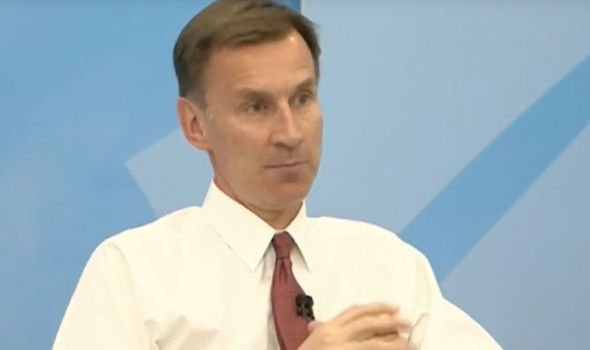 On Wednesday the two remaining contenders to succeed Theresa May were given the opportunity to make a small speech before taking questions.

Mr Johnson, in his opening statement at the digital hustings, also said the Tories were “in crisis” losing votes to both the Brexit Party and the Liberal Democrats.

He said: “We need to come out of the European Union on October 31 and get it done. We need somebody who believes in that project, who has campaigned on that project for many years and who knows how to get a good deal out of Brussels.”

He added: “It is absolutely vital that we prepare for a no-deal Brexit if we are going to get a deal.

“I don’t think that is where we are going to end up – I think it is a million-to-one against – but it is vital that we prepare.”

Meanwhile, Jeremy Hunt vowed to prevent the break-up of the United Kingdom after Brexit.

He said: ”I don’t want to go so far as to say I’m the living embodiment of the union but I do have Welsh blood and I do have Irish blood and I did two very happy years of my childhood in Scotland.

“I just want to be very straight forward about this: I will never allow our union to break up, never, never, never.”

Mum jailed after son, 9, mauled to death by dog while she took cocaine