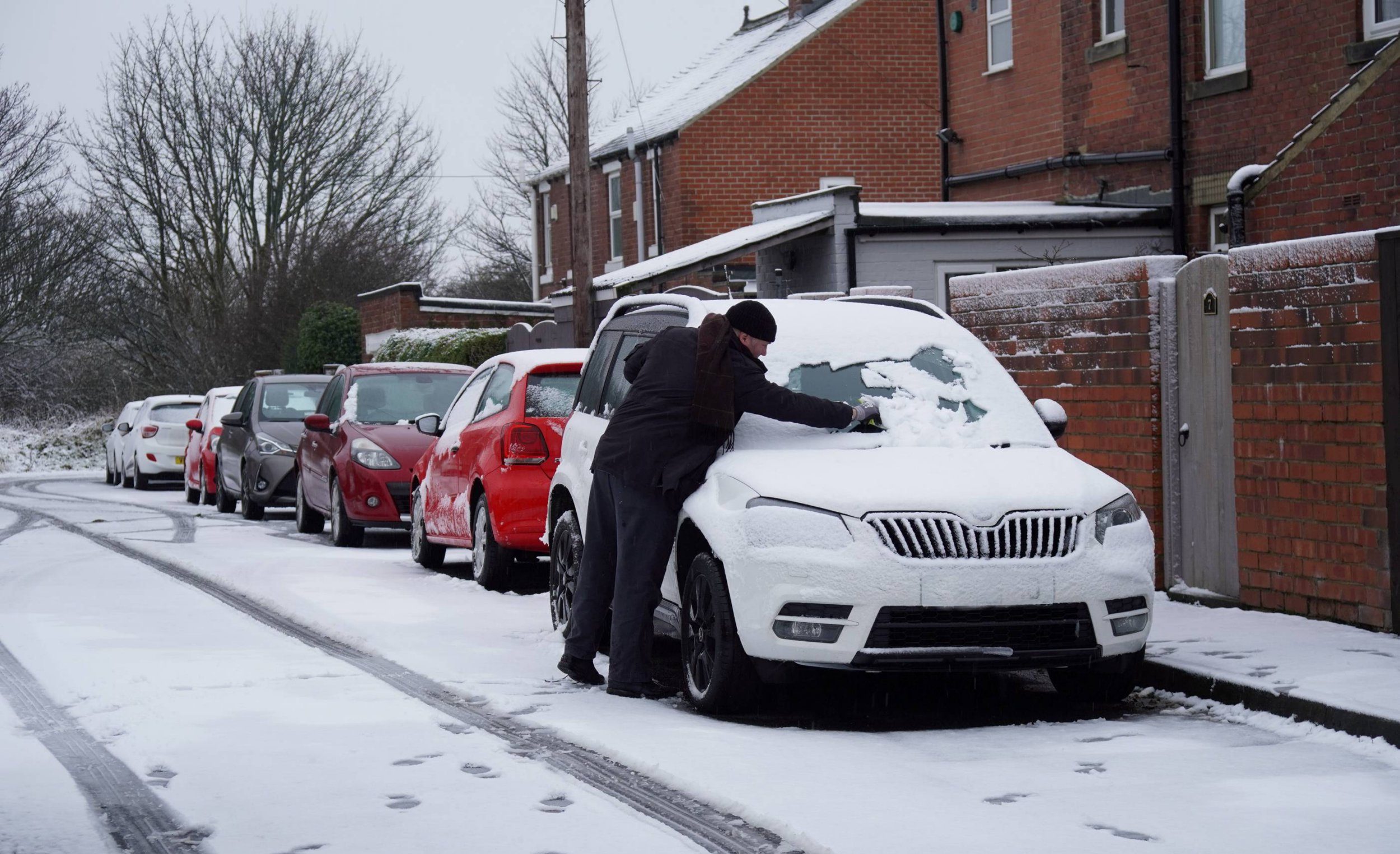 Britain is braced for more blizzard-like conditions on Boxing Day as the white Christmas continues.

One of the Met Office’s yellow warnings was expanded to include an area from the Scottish Borders to Derbyshire, as well as further east over Durham and Northumberland, due to the increased chance of snow.

A second yellow warning was in place for a smaller area north of Glasgow and heading north-east across the Forth Valley, with the weather service saying Clackmannanshire, Falkirk, Perth and Kinross, and Stirling were likely to be affected today.

A Met Office spokesman said: ‘As an area of rain moves northwards, it looks like turning to snow over parts of northern England, and then southern and central Scotland.

‘Coupled with strong winds, gusting to 35 to 45 mph in places, this is likely to lead to some difficult travel conditions across higher Pennine and Cumbrian routes, as well as the Southern Uplands, during the early hours of Sunday.

‘Temporary blizzard conditions may be encountered above around 300 or 400 metres elevation. These conditions will probably move into some hillier central parts of Scotland during Sunday morning, while snow turns back to rain further south.’

The Met Office said some ‘short term’ loss of power and other services is possible during the period of the warnings.

Both yellow warnings are expected to end at midday on Sunday.

On Saturday, the service said it had been a white Christmas for parts of the UK as people in Shetland and eastern Scotland woke up to a blanket of snow.

Elsewhere, a yellow warning for heavy rain was in place across south-western parts of County Down in Northern Ireland, with flooding of a few homes and businesses expected.