Home » Europe » Boy, 10, asks cashier to pretend to be his mum to stop woman following him 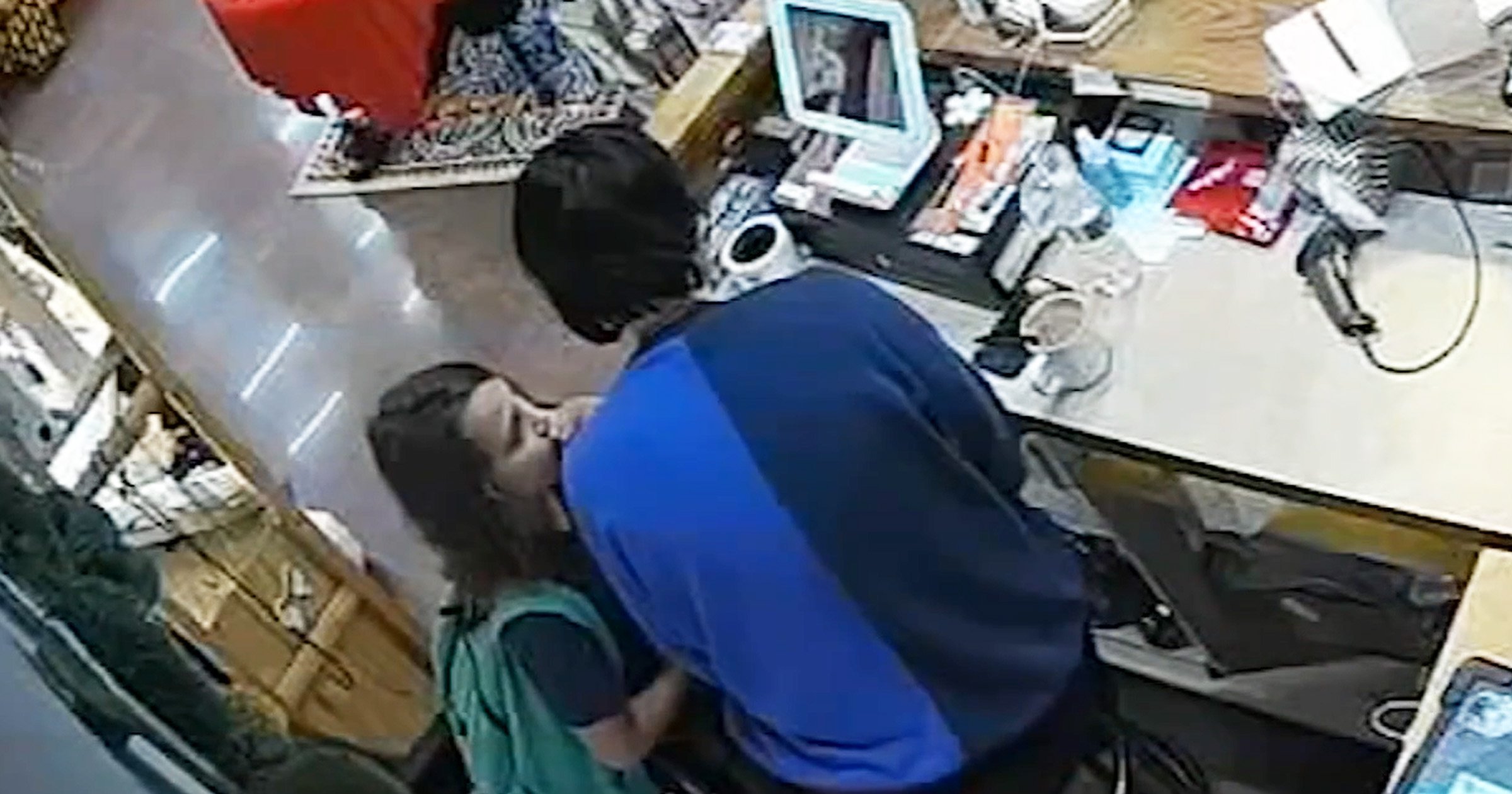 This is the disturbing moment a 10-year-old boy in Pennsylvania fled his own stalker.

Sammy Green was walking home from school in Pottstown when a woman began following him.

CCTV footage from the possible kidnapping attempt shows her walking alongside the fourth grader.

He did not know the woman, but she insisted she was friends with his mum and dad, telling him to come with her.

Not knowing who to turn to, Sammy recalled what his dad had taught him about such situation in the past, and he decided to seek refuge inside.

Panicked, the clever boy headed straight to the counter, where cashier Hannah Daniels was working at the time, CBS News reported.

She recalled: ‘He was like, “Pretend like you’re my mom”, and I was just like, “all right go to the back”. But he didn’t want to leave my side.’

The footage from the flower shop shows the woman lurking outside for about a minute before the worker confronted her.

Keeping calm, Hannah walked over to the door and locked it, before the stranger can finally be seen walking away.

‘Started walking with him and asking him where his family was, asking where his dad was,’ the boy’s dad, Sam Green, told WPVI.

‘She said she probably knew me and was going to Wawa and he was supposed to go with her and he could get anything he wanted.’

It was reported that the Pottstown Police Department located the woman over the weekend, and she is now getting help for mental health issues.