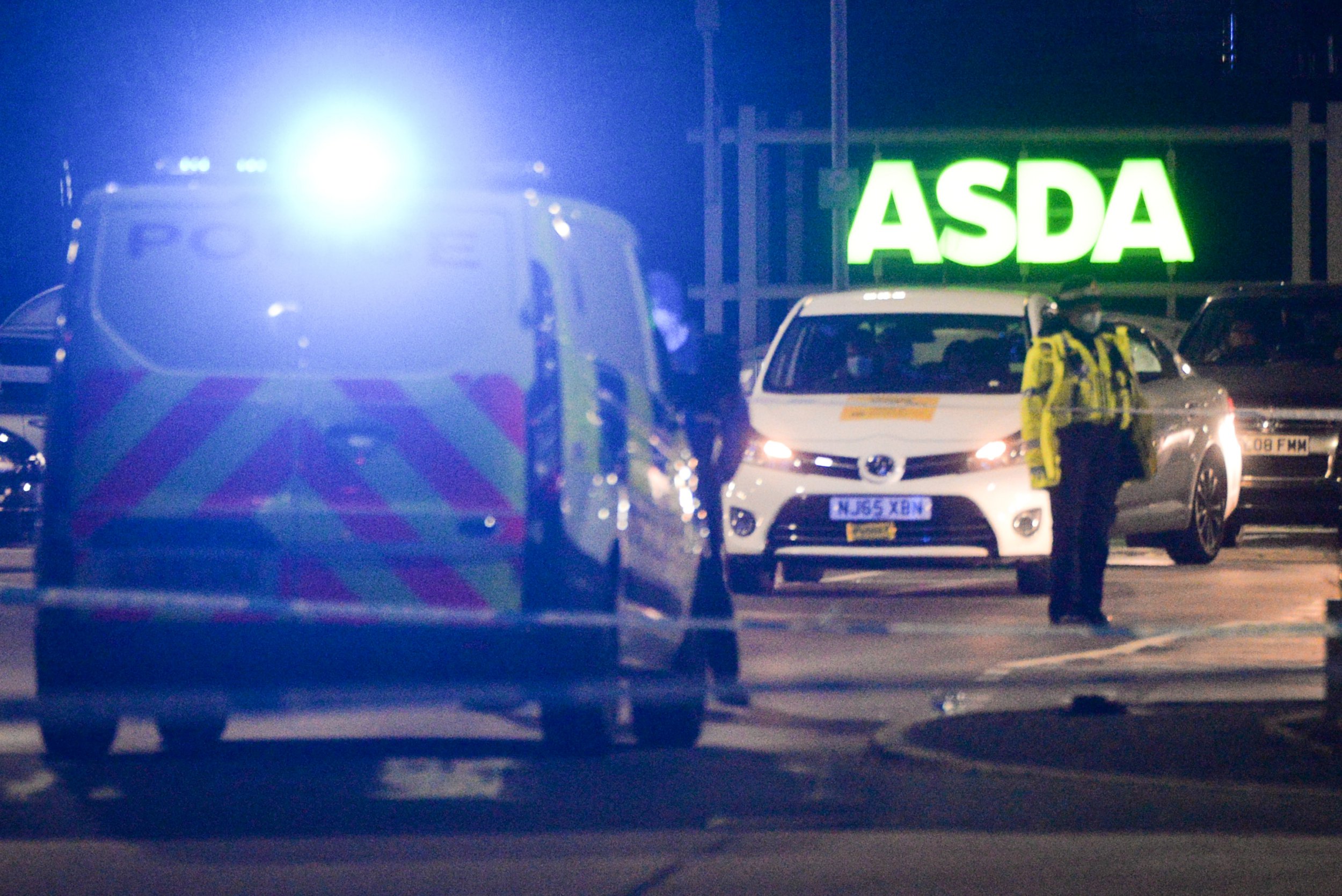 A teenager is in hospital with stab wounds after a ‘shocking’ attack in a supermarket car park by four men.

The 13-year-old boy is in a stable condition with serious injuries after being knifed multiple times in a Manchester Asda on Saturday night.

Police say four men, armed with ‘large bladed weapons’, were seen approaching the teen before attacking him and fleeing. Officers were called to the incident on Stanley Grove, Longsight, shortly after 7.10pm.

Greater Manchester Police’s Detective Inspector Daniel Hadfield explained: ‘This incident was nothing short of shocking. A 13-year-old boy has suffered some very serious injuries at the hands of four men, and we’re doing everything we can to trace those responsible.’

No arrests have yet been made but police have released a description of the attackers and say enquiries are ongoing.

All four men are described as wearing dark tracksuits with hoods.

One was wearing a black gilet over his tracksuit with the hood up.

The tracksuit had adidas white stripes on the arms and legs and wore a Gucci bag across his body.

He was wearing a black face mask with a black and white patterned bandana on his head.

Mr Hadfield added: ‘I understand incidents like this cause concern within the community but I want to stress that we have a team of detectives carrying out several lines of inquiry, including area searches and CCTV analysis.

‘Dedicated patrols are also positioned throughout the local area. They are there for you, so please approach them with any questions or concerns you may have and they’ll try to assist you in the best possible way.’

Urging people to help the investigations, he continued: ‘Our thoughts are very much with the boy and his family as he recovers in hospital and I want to appeal directly to the public as this happened in quite a public space – did you witness this attack or see anyone acting suspiciously nearby around the time of the attack?’

You can also contact the independent charity Crimestoppers anonymously on 0800 555 111.