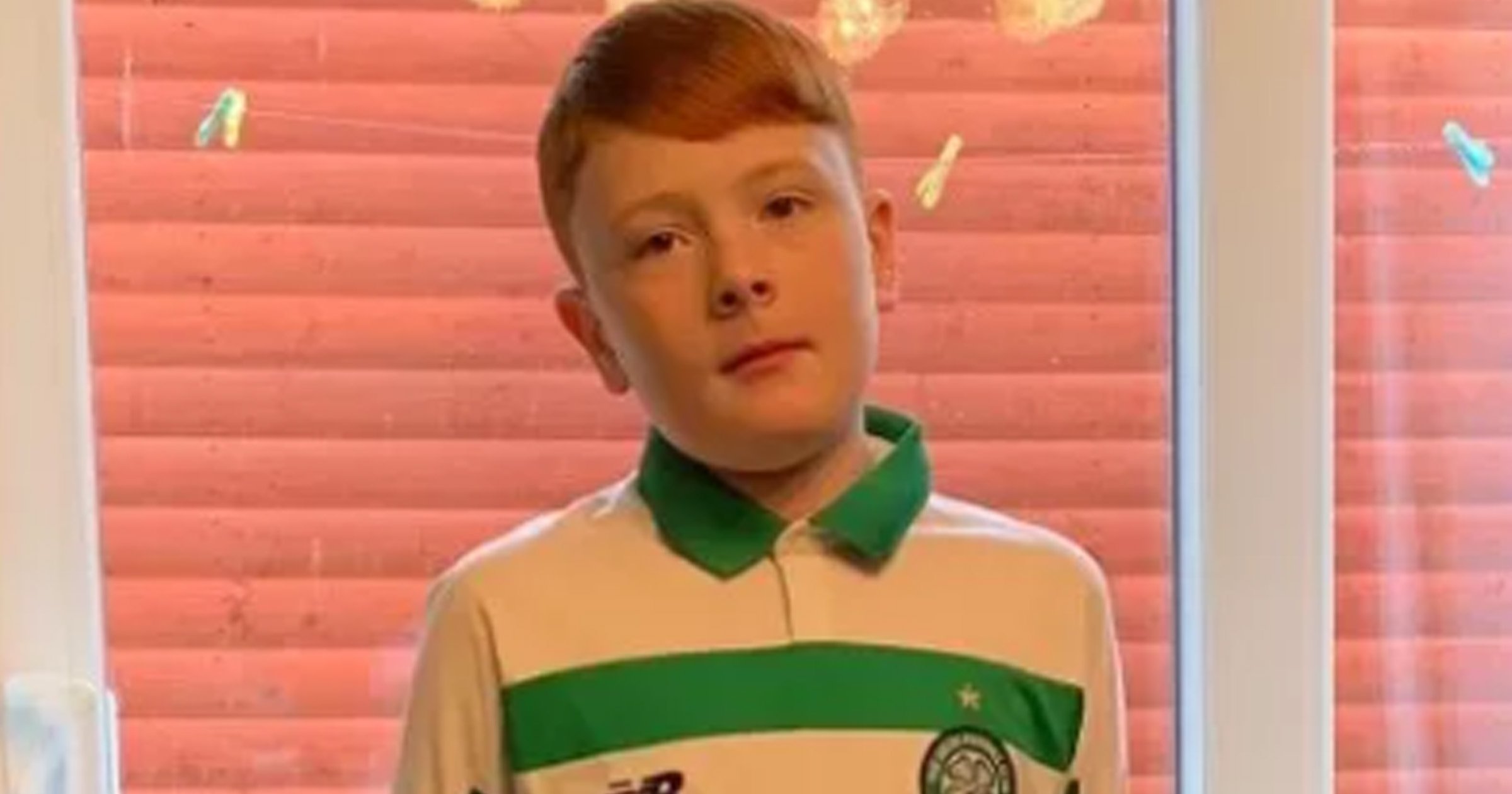 The devastated mum of a teenage boy found dead in his bedroom said he was attempting the same deadly viral Blackout Challenge thought to have killed Archie Battersbee.

Lauryn Keating, 30, found Leon Brown lifeless last Thursday at their home in Cumbernauld, Scotland, and has spoken out to warn other families about the online game.

Archie, 12, had his life support switched off after he suffered a catastrophic brain injury believed to be as a result of the game.

The ‘Blackout Challenge’ urges participants to restrict their breathing until they pass out, which can cause levels of oxygen in the brain to plummet and spark seizures, or even lead to serious injury or death.

Mum Lauryn told the Daily Record: ‘One of Leon’s friends told me he had been doing the challenge on FaceTime with them.

‘My Leon thought he would be the one to try it first. Him and his friends probably thought it was a laugh and a joke.

‘One of the kids who he was on FaceTime with told me what he had done. She said they thought they would wake up. But Leon didn’t come back around. It went horribly wrong.

‘I had heard of this challenge… but you just don’t expect your own child to do it. Please warn them, these online challenges aren’t worth their lives.

‘They aren’t worth “likes” or whatever they are doing it for.’

Leon, a pupil at Our Lady’s High School, was said to be popular and much-loved.

Lauryn added: ‘He was the happiest, funniest wee boy ever. He was a bit of a class clown and he liked to make people laugh.

‘Everything was always a joke and a carry on to Leon. He was just a wee cheeky boy. But he meant so much to me.’

It is understood Leon and his friends had seen the ‘Blackout Challenge’ online, with Lauryn warning: ‘I went on TikTok and wrote out words similar to blackout challenge. The amount of video results that came up on it is ridiculous.’

But it is understood the challenge pre-dates TikTok, which does not serve search results or hashtags related to it.

When someone now searches #BlackoutChallenge or similar on the platform, they are shown a message that directs them to the TikTok Safety Centre.

A spokesperson for the platform said: ‘Our deepest sympathies go out to the family for their tragic loss. The safety of our community is our priority, and we take any claim about a dangerous challenge very seriously. Content of this nature is prohibited on our platform and would be removed if found.’

Archie Battersbee died on August 6 after also being found unconscious by his mum Hollie Dance at his home in Essex in April.

The young boy was said to have endured a ‘catastrophic’ brain injury and was placed on life support, but passed away after his family lost a long-running legal battle to continue the treatment which was keeping him alive.

His mum Hollie Dance has publicly spoken out on her belief that Archie had participated in the ‘Blackout Challenge’.

Leon’s friends and family last week gathered to release balloons in his memory, with a Celtic strip, signed with messages, mounted on a railing at a local park.

If you have been affected by this story let us know at [email protected].

'Five years on, we've no justice in sight for Elizabeth' – Irish father of baby seriously burned in Qatar