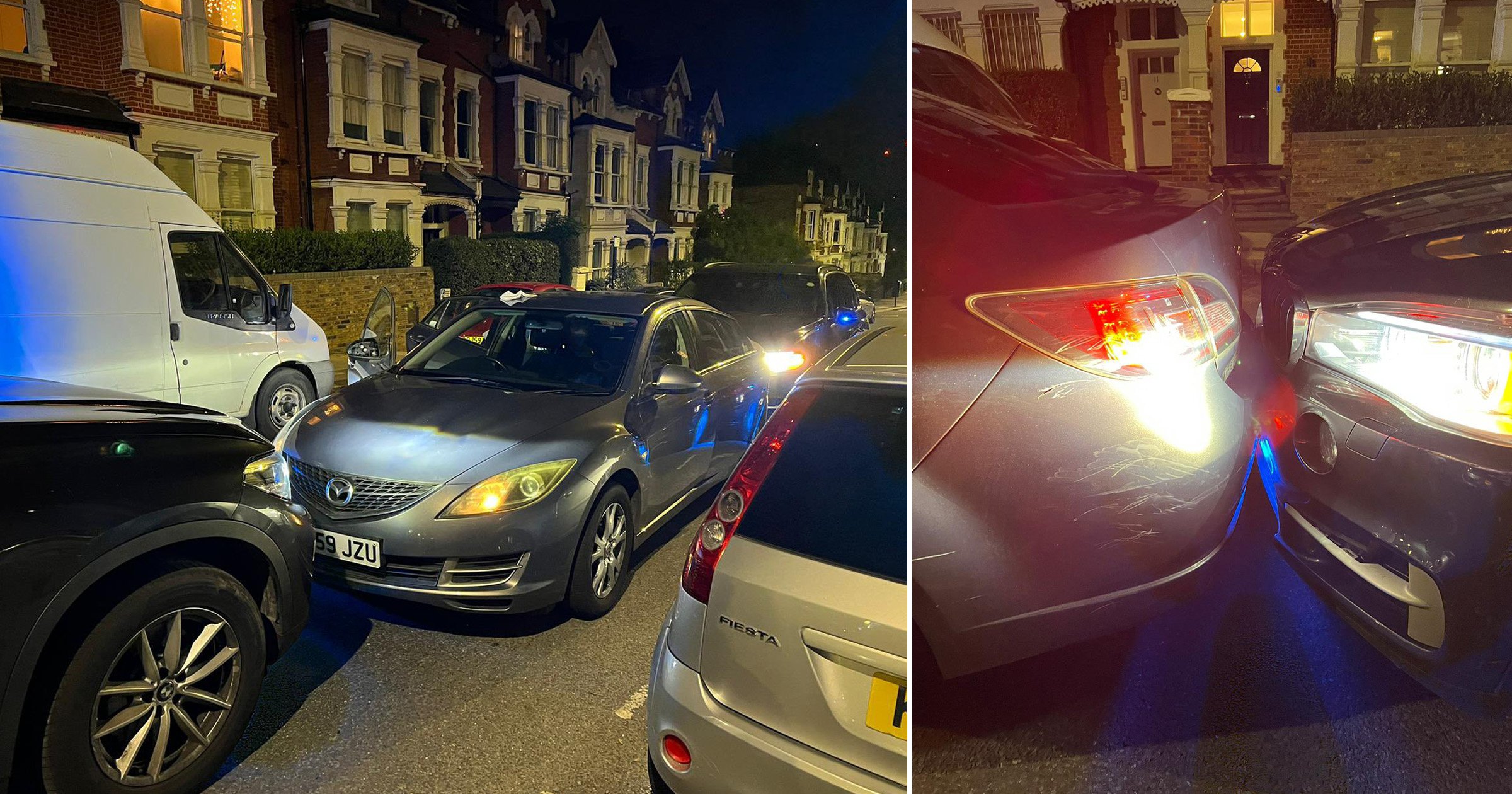 A 14-year-old boy was arrested following the incident in Haringey and there were no reported injuries.

Officers had to block the car in using unmarked police cars, with pictures showing a grey Mazda sandwiched between two dark vehicles with their lights on.

Pictures show a black BMW and another police vehicle nose to bumper on either side of the car.

The youngster was arrested on suspicion of a number of serious offences, including stealing a car.

The Met Police’s violent crime task force tweeted in the early hours of this morning: ‘A 14-year-old was arrested tonight after leading officers on a high speed pursuit.

‘TPAC [tactical pursuit and containment] tactics bought this to a safe conclusion.

‘One arrested for several serious offences including dangerous driving and theft of (a) motor vehicle.

‘One is now in custody’.

TPAC techniques include several methods of stopping fleeing vehicles, including rolling roadblocks, use of spike strips and the ‘box and stop’ containment method.

Officers say they brought the chase in Haringey to an end by blocking the stolen vehicle.