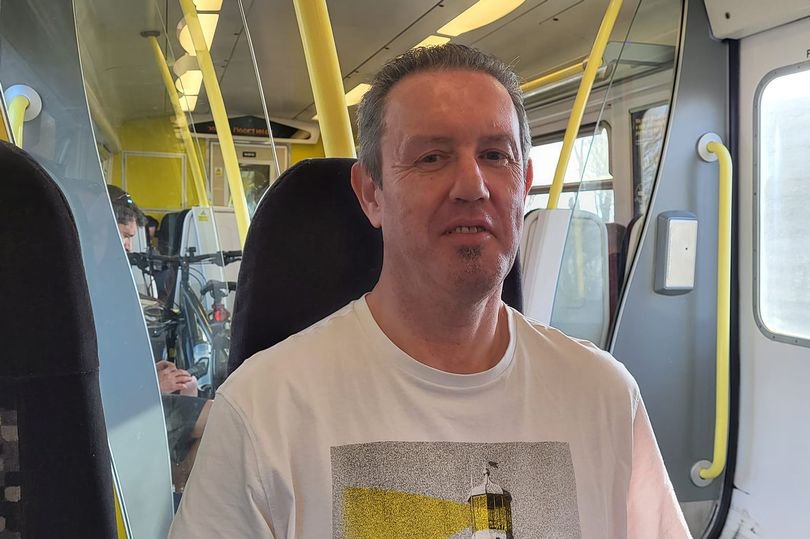 A 15-year-old boy who kicked a man’s head ‘like a football’ as he lay unconscious on the floor called the judge a ‘fat ugly pr**k’ as he was convicted of murder.

The youth, who cannot be named for legal reasons, beat Christopher Molloy, 55, to death in an early hours gang attack in Liverpool on July 12 last year.

Brothers Jay Byrne, 26, of Southport, and Joseph Byrne, 25, of Litherland, were cleared of murder having earlier admitted manslaughter.

Liverpool Crown Court heard the parties argued by a Burger King near The Strand shopping centre after Mr Molloy was accused of ‘touching’ the teenage killer’s girlfriend.

Jay Byrne was said to have either pushed or punched the stranger, who then fled to a nearby McDonald’s where he pleaded with staff to help him.

He remained in the doorway for several minutes before walking away, at which point Joseph Byrne and the youth, then aged 14, gave chase.

CCTV footage captured a second confrontation near the junction of Stanley Road and Strand Road.

Jurors watched the younger Byrne ‘landing an extremely forceful punch’ which caused Mr Molloy to fall backwards and ‘crack his head on the pavement’.

The youth could then be seen slapping the unconscious victim eight times before fist-bumping Byrne as they walked away.

He returned a few minutes later with Jay Byrne, who kicked the still helpless Mr Molloy in the head.

The teen then delivered a second kick to the head, described as a ‘particularly ferocious kick, like kicking a football hard’.

A taxi driver flagged down a police car after spotting Mr Molloy lying in the road, while another stranger alerted a passing ambulance.

The victim was rushed to the Walton Centre where he underwent emergency surgery but he had suffered internal bleeding and fractures, and his life support was withdrawn a week later on July 19.

Giving evidence, Joseph Byrne said he had given Mr Molloy ‘a little slap to teach him a lesson’ after he was told he had been ‘grabbing the arse’ of the teen’s girlfriend.

But he appeared to become angry with the youngster while under cross-examination – at one point turning to him and saying ‘he done it and he knows he did’ – before refusing to answer any further questions from the prosecution.

Jay Byrne did not give evidence.

The teenager told jurors he had been imitating a scene from 1995 comedy film Friday – namely when the character played by Chris Tucker shouts ‘you got knocked the f*** out’.

He also claimed Joseph Byrne had asked him ‘do you want to see a knockout punch?’ before rendering Mr Molloy unconscious.

Of the moment he kicked him on the floor, the teen said: ‘I didn’t think. I was just copying what Jay did.’

The Byrne brothers were found not guilty of murder while the youth was convicted.

He shouted ‘you fat, ugly p****’ as the verdict was read out and slammed a door as he stormed out of the dock.

Jay Byrne put his face in his hands then appeared to attempt to calm his co-defendant down, saying: ‘Chill bro.’

All three will be sentenced at the same court on March 16.