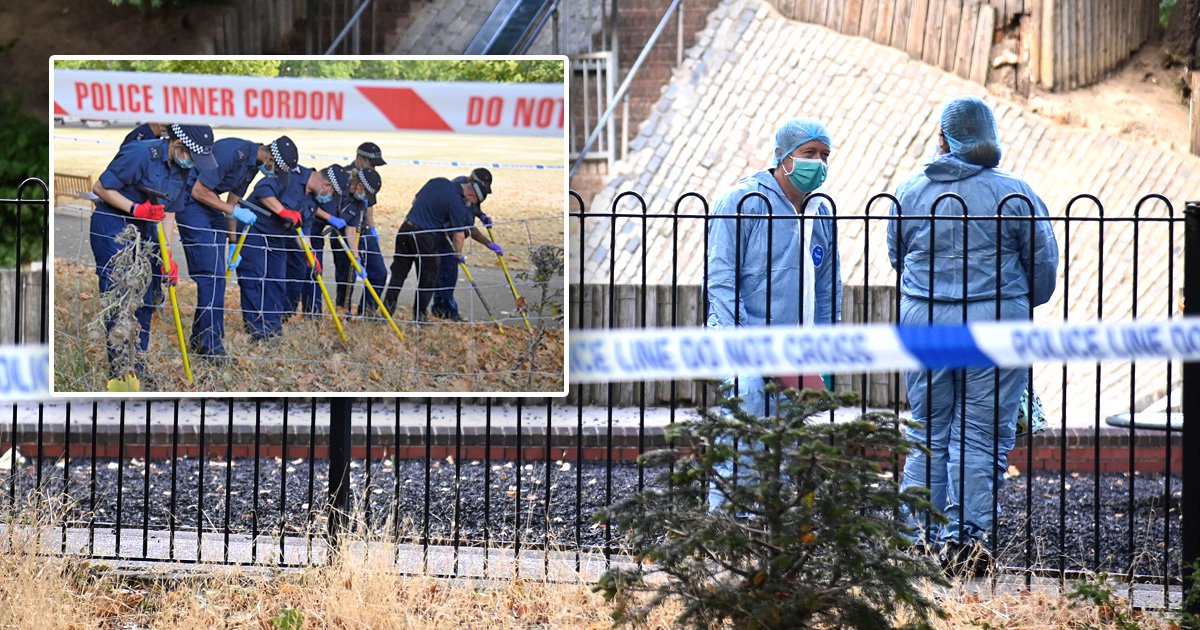 A 15-year-old boy who was stabbed death in a London park told police ‘I’m dying’ as he lay bleeding on the ground.

An eyewitness said she saw the teen being treated and comforted by officers after the knife attack at Highbury Fields, north London, at around 9pm last night.

She said officers told him he was ‘going to be OK’ as they waited for an ambulance to arrive.

He was treated at the scene by paramedics and rushed to hospital, but died not long later.

The BBC journalist said she was in the playground with her five-year-old son and other mums with their kids when the stabbing took place.

Police were said to have broken up an altercation between rival gangs moments before the fatal attack, she added.

Chloe Hadjimatheou, 47, said: ‘There was a group of us mums with our kids in the playground and I think we must have walked out just as it was happening.

‘I didn’t see the stabbing itself, I saw the young people running away and the guy on the ground. I didn’t realise what was going on I didn’t connect them at first, I thought he was drunk.

‘Within five minutes a big police van came down and then another two unmarked cars, they cordoned off the whole thing and still there was no ambulance.

‘It took a while to get there and the kid was in a lot of pain and at one point he was shouting “I’m dying” and the police officer was saying “you are going to be OK”.

‘So I thought he would be OK. I was shocked to find out what happened this morning.’

She said officers were probably in the park at the time as they arrived within seconds, adding: ‘The two officers must have been on the field already.

‘What I understood was that there was an altercation around 7pm. There was this event with two gangs clashing and the police broke it up.

‘The police must have been lingering because they were there within seconds. Then two girls came out of nowhere.

‘I think there was this altercation and then they stabbed him, gave chase, running after him I guess to stab him again, but then turned around and ran away.

‘What must have happened is that the police officers were walking across the field and the kids who were doing the chasing saw the police and gave up the chase.’

Ms Hadjimatheou said that as a BBC journalist she has been given emergency medical training and so stuck around until an ambulance turned up.

She added: ‘I was waiting for the ambulance to arrive, it felt like a long time. I was wondering if the police officers knew what they were doing.

‘I have had BBC training for this situation. There is not a lot you can do for a core wound, you need to press down and try and stem the blood.

‘But I had my five-year-old with me, he would have followed me to this guy and I didn’t want to traumatise him.’