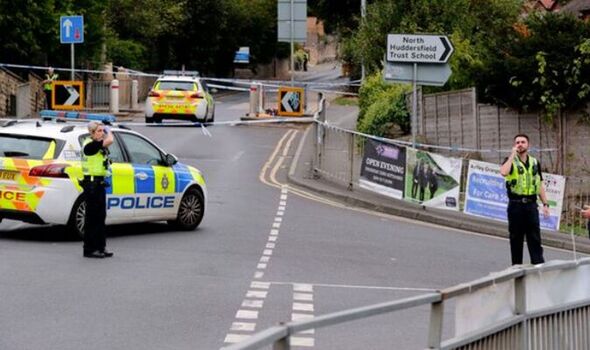 A boy is fighting for his life after reports of a stabbing near a school in Huddersfield. A number of parents and residents have said pupils saw the youngster being “pinned down and stabbed repeatedly”.

Police, paramedics and Yorkshire Air Ambulance raced to the scene with officers setting up a cordon and blocking off roads.

The boy was taken to hospital where he has been described as being in a “critical” condition.

A West Yorkshire Police spokesperson said: “At 2.54pm this afternoon police received a third-party report a teenager had been seriously injured in an assault in Woodhouse Hill, Huddersfield.

“Emergency services attended and a 15-year-old boy was taken to hospital in a critical condition. A police cordon has been put in place as enquiries are underway to establish the circumstances.”