Home » Europe » Boy, 15, jailed for running over and killing restaurant boss with his own car 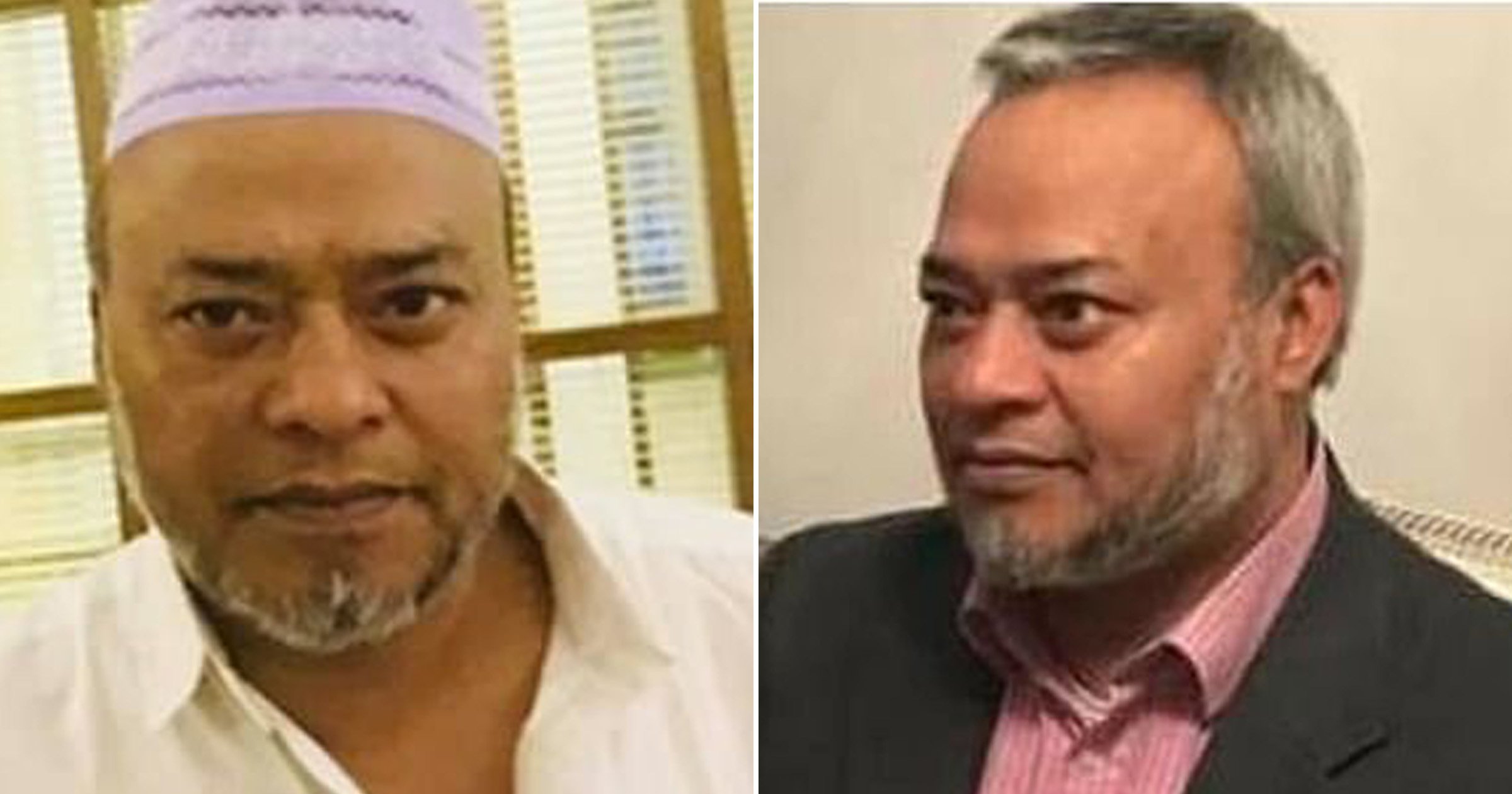 A 15-year-old car thief who ran over and killed a restaurant owner with his own Mercedes has been jailed.

Mohammed Islam, 53, suffered severe head injuries after being dragged under the rear wheels as he desperately clung to the side of the vehicle in a bid to stop the teenager speeding off.

The ‘hard-working’ father-of-three, who was given the silver C-class by his children as a 25th wedding anniversary gift, died in hospital two days later having never regained consciousness.

He had only stopped momentarily in Romiley, near Stockport, Greater Manchester, on his way home from work to drop off a takeaway meal to a customer when the thief pounced on January 8.

The teenager was later arrested at his grandmother’s home and police discovered he was part of a five-strong gang of juveniles who prowled the Stockport area looking for a luxury car they could steal and then flog on the black market.

They had been roaming around in a blue Ford Transit van on cloned plates and followed Mr Islam beforehand.

CCTV footage captured the teenager, with his face covered by a balaclava, leaping in behind the wheel while Mr Islam rang the customer’s doorbell.

Prosecutor Peter Wright QC told Manchester Crown Court: ‘[Mr Islam] ran back to the car and tried to thwart the defendant’s attempts to steal it and he was seen hanging onto the passenger side of the car as it was driven off at speed.

‘He was heard shouting “no, no, no” and was seen clinging onto the door or window. The car travelled 30 meters before Mr Islam was thrown onto the road and fatally injured.’

Mr Wright added: ‘Members of the public saw Mr Islam clinging to the side of the car, with one saying, “It was being driven at the sort of speed I see on Top Gear when they completely floor it as they start driving on the track”.’

He said Mr Islam was treated at the scene, ‘but his injuries were unrecoverable and all subsequent attempts to save him were hopeless’.

The court heard that photos and videos were found on the boy’s phone showing him behind the wheel of the stolen car.

He later made attempts to sell it on social media, despite knowing Mr Islam had been critically injured.

Mr Islam’s daughter Nasreen broke down in tears as she read out a victim impact statement.

She said: ‘My father was a hard-working, assiduous and resourceful man.

‘He worked tirelessly to provide for his family and the Mercedes was purchased for him jointly by myself and my two brothers as a 25th wedding anniversary gift as a token of our appreciation.

‘He was a wonderful man who died as a result of a cruel criminal act.’

She added: ‘Dad was everything you could ask for in a parent, a mentor, a role model – our best friend.

‘The fact our father was just in the wrong place at the wrong time and was taken from us so early leaves us devastated beyond belief.

‘We shared everything with him and there was nothing we couldn’t tell him that he couldn’t fix. He was extremely loyal and nothing came between him and his family.

‘Our mum is overcome with grief. Dad was her life partner, her best friend and her rock. They were inseparable since the day they met and we don’t think she will ever be able to move on from this tragedy.’

The teenager, who cannot be named for legal reasons, was jailed for four years and nine months after pleading guilty to manslaughter and conspiracy to steal.

His not guilty plea to a charge of murder was accepted by prosecutors.

Jailing him, Judge Nicholas Dean QC said: ‘Mr Islam’s family had had a light extinguished from their lives. He was the foundation of the family home and the profound grief felt by the family comes across with measured and quiet dignity.

‘This profound grief will live with them for many years. I just hope that pain of his death will fade in time and the family will be left with good positive memories of his most worthwhile life.

‘The circumstances of his death were indeed tragic.’

A co-accused Connor Read, 18, of Denton, was given 13 months jail suspended for two years after he admitted conspiracy to steal. Three other youngsters, aged between 14 and 18 will face trial later.

Speaking after the case, Detective Inspector Lee Shaw said: ‘Mohammed’s death had such a profound impact on not just his family who thought the world of him, but also the community that he was such a prominent part of.

‘Our investigative team have known from the outset the importance of catching all those involved in Mohammed’s tragic death and ensuring that we do all we can to try and get the justice that his loved one deserve.

‘Mohammed’s killer may have intended on stealing a car rather than a life that night, but that does not reduce the damage that he caused by an act of brazen criminality that ultimately saw a man lose his life in dreadful circumstances.

‘My thoughts today remain with Mohammed’s family, and we will continue to support them and try and get them all the answers they deserve as this investigation goes onto its next stage later this year, and while they will never get closure, I hope they feel some level of justice now that their loved one’s killer is behind bars.’