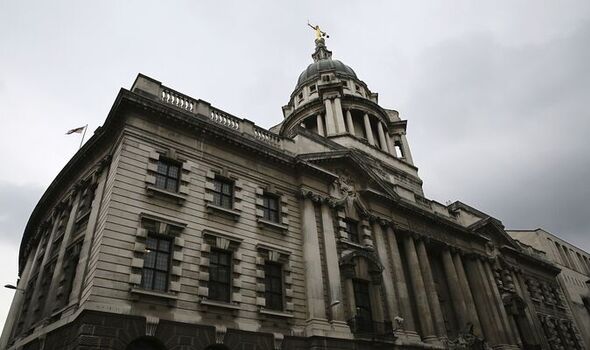 James Markham was provoked beyond endurance by the foul-mouthed troublemaker and his friends, the Old Bailey heard. Grabbing a large metal drill bit, the 45-year-old dad aimed to scare the yobs away from outside his home where they often made trouble.

But the boy, then just 14, pulled out an 18-inch knife and stabbed Mr Markham three times during the confrontation near his home in Chingford, east London.

The stonemason was helped back to his flat following the attack but the knife had pierced his left lung and he died shortly afterwards.

The teenager fled and disposed of the blade but dropped his mobile phone close to the scene, the court was told.

Detectives were able to identify him through the device and arrest him.

The teenager, a regular truant from school, was often in trouble with police and flouted a criminal behaviour order which banned him from the area around Mr Markham’s home.

The boy, who cannot be named for legal reasons, denied murder on the grounds of self-defence but was found guilty in July.

Yesterday, Judge John Hillen ordered him to be detained for life and serve at least 15 years before he can be considered for release.

Judge Hillen told the killer: “You were out of control.

“Your unhealthy interest in knives, antisocial behaviour and violence against those who challenged you all came together in Chingford in August last year.”

By contrast, Mr Markham was “a hard-working stonemason with his own business who worked hard to support and bring up his family,” the judge said.

Laurie-Anne Power, KC, defending, said the boy had been affected by a lack of family presence or support. He suffered “neglect, abuse and feelings of trauma and loss”.

“You stabbed my son three times and murdered him,” she said.

“You had nothing to say, not even, ‘Sorry. I did not mean it to happen’.

“Taking my son’s life has broken me.

You can never replace a child.”

Coronavirus: Mental health campaign for young people launches as third say they are sadder than before lockdown