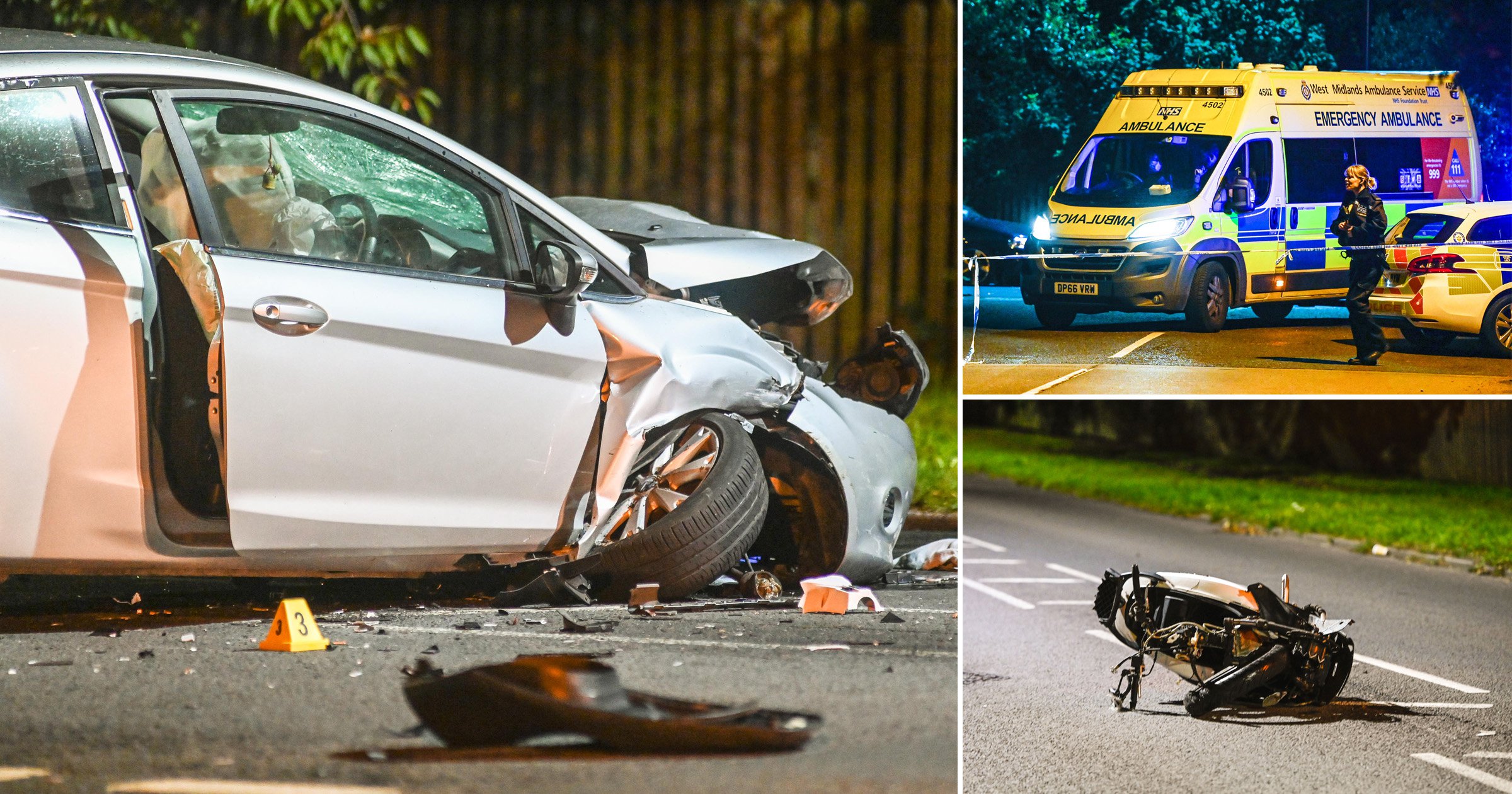 Tragedy struck in the West Midlands last night as a teenager died in a horrific crash.

Demari Thomas, 16, smashed into a silver Ford Fiesta as he overtook a black Audi A3 on his moped.

A doctor who happened to be passing the scene in Sutton Coldfield rushed to the youngster’s aid as he went into cardiac arrest around 8pm.

Paramedics also tried their best to save Demari after four ambulances over, but the young man died at the scene.

Two female drivers, one of whom is believed to be pregnant, were also left with minor injuries in the collision. One was taken to hospital.

A witness, who didn’t want to be named, said: ‘My husband helped a lady out from one of the cars. She was very shaken.

‘The off-duty doctors worked on the man until paramedics arrived. It is all so very sad. So tragic.’

Another onlooker added: ‘There were lots of police cars, ambulances and fire engines. Steam was coming from one of the cars and a bike was in the road.

‘I could see lots of emergency workers in the road surrounding a person on the floor. We have lived here seven years and there have been lots of accidents.’

A West Midlands Ambulance Service said: ‘When ambulance crews arrived, they found several off-duty medics who had stopped to render aid and were administering CPR to the motorcyclist, a man, who was in cardiac arrest.

‘Ambulance crews quickly took over treatment to administer advanced life support but sadly, despite everyone’s best efforts, nothing could be done to save the man and he was confirmed dead on scene a short time later.’

West Midlands Police is urging anyone who witnessed the crash to come forward.

PC Kate Hall, from the force’s Serious Collision Investigation Unit, said: ‘A teenager has sadly lost his life and our thoughts are with Demari’s family, who are being supported by specialist officers at this difficult time.

‘We have spoken with witnesses and carried out house-to-house enquiries as we continue to work to establish the full circumstances of the collision.

‘It happened on a busy road and we’d ask any witnesses or drivers with footage of the incident, or in the minutes leading up to it, to contact us.’

Sturgeon despair as Scotland ‘would lose 25,000 jobs in defence’ after independence