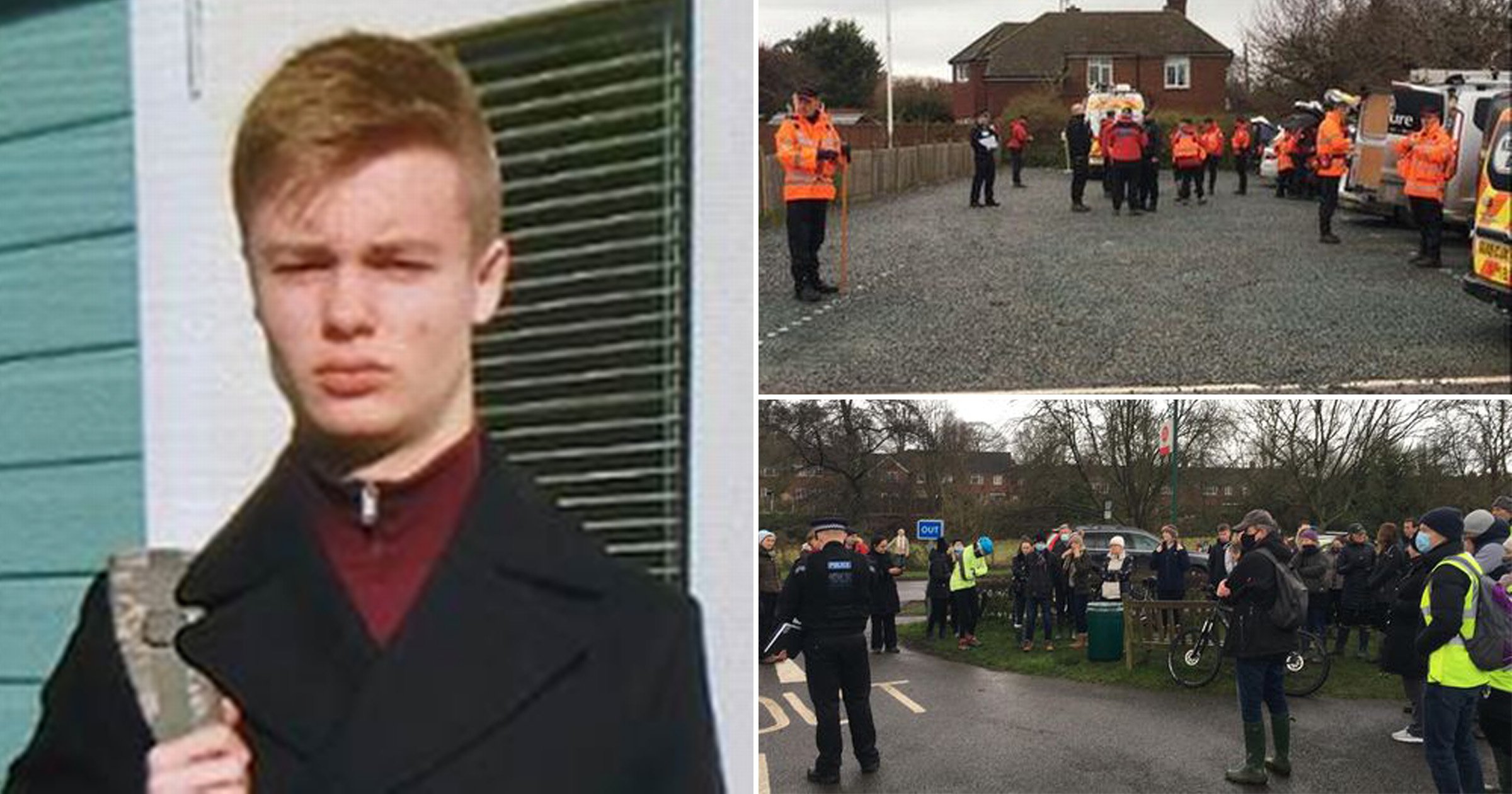 A schoolboy was ‘egged on’ by his friends before taking his own life, an inquest has heard.

Lucas Webb, 16, was found dead in a woodland near Canterbury, Kent, after he went missing during a bike ride.

He appeared to have discussed suicide on social media messaging groups and had told his friends not to mention his plan to anyone.

Lucas’ parents raised the alarm after their son didn’t return home on December 12 last year, his body was discovered a day later and he was pronounced dead at the scene.

The hearing at County Hall in Maidstone heard how Lucas has been a ‘bright academic’ and had just received near-perfect GCSE results.

He was described as a ‘grafter’ and had already set up his own software company with a friend, named Substandard Studios.

Lucas’ mum revealed that she still reads a note he once wrote for her, which said: ‘Mum I love you so much I don’t know what I would do without you.’

Concerns about Lucas’ well-being had been raised at his school, The Simon Langton Grammar School for Boys, just a month before his death.

He was part of a group of five boys who left the site on November 16 last year as part of an apparent suicide pact that was later dismissed as ‘just a joke.’

Teachers were tipped off that one of the students in the missing group had ‘made a number of posts on social media saying he was going to jump off a cliff.’

An urgent search was launched to find them and they were located walking back to the school.

Subsequent meetings were held in which the pupils said it had all been a joke and no further action was taken.

The inquest also heard how Lucas has been one of a number of pupils who had admitted lockdown had affected their mental wellbeing.

Despite his phone being pin-locked, police were able to obtain some chat logs after his death from the social media service Discord.

In the message, he discussed his unhappiness and talked about ending his life as well as displaying an in-depth knowledge in various methods of suicide.

Detective Sergeant Anthony Welch of Kent Police assessed the messages and said: ‘A group of people had been discussing suicide and there had been egging on from friends.

‘There were also messages in which Lucas was telling people not to mention his plan.’

Coroner, Joanne Andrews, sent her condolences to the family and concluded a verdict of suicide.

Royal RIFT? The odd but true reason the royals are FORBIDDEN from playing Monopoly