Home » Europe » Boy, 5, dies after being hit by bin lorry while cycling on his Spider-Man bike 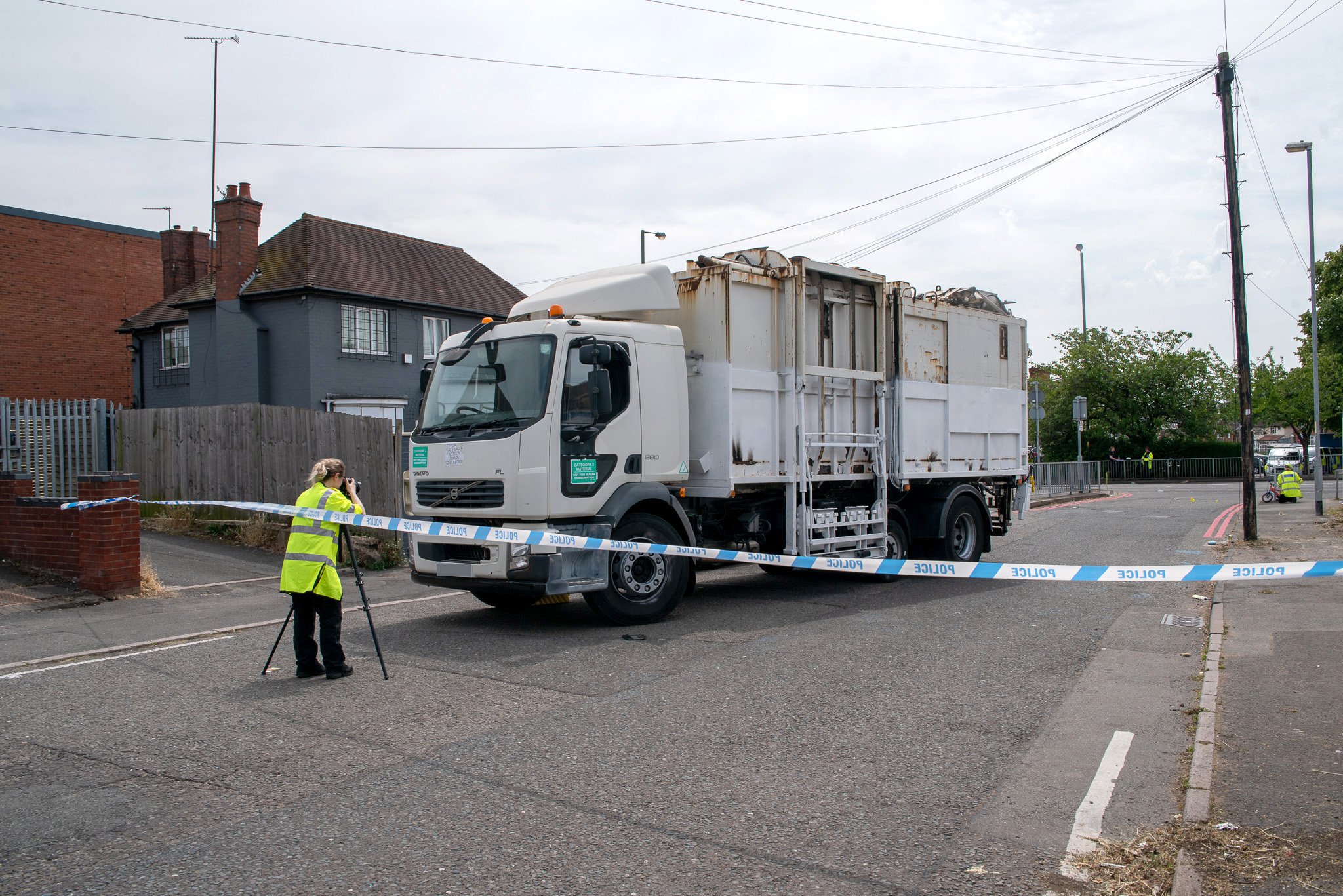 A five-year-old boy has died while out riding his Spider-Man bike after he was hit by a bin lorry in Walsall.

The crash happened at a pedestrian crossing in the West Midlands town yesterday morning just before 10am.

Police at the scene could be seen examining the child’s bike, with a cordon set up around the scene.

The collision happened on West Bromwich Road just by the junction of Broadway.

Police closed the road while they carried out investigations into how the crash happened.

West Midlands Police said: ‘The driver of the lorry remained at the scene and is helping with our enquiries into exactly what happened.

‘Our thoughts are with them and his friends.

‘We’re keen to hear from anyone who was in the area at the time and has not already spoken to our officers.

‘We’re also asking for you to send us any dash cam footage from the area at the time.’